In addition to shedding unwanted pounds, there is another reason to put healthy eating on your 2011 resolution list: to live longer.

According to a study published in the January issue of the Journal of the American Dietetic Association, eating healthier can increase your life expectancy.

Since the number of adults worldwide aged 65 years and older is expected to climb to 973 million in 2030 from 420 million in 2000, an increasing amount of research is investigating the effect of diet on longevity.

People in the "healthy foods" group were significantly less likely to die of any cause during the study period, compared with those in the high-fat dairy group and those in the sweets and desserts group, even after accounting for smoking, physical activity and total calorie intake.

There were no differences in the risk of dying between individuals in the healthy foods group and the breakfast cereal or refined grains group.

Interestingly, participants in the healthy foods group had more optimal blood levels of vitamins C and E and beta carotene, antioxidants that can protect cells from aging. They also had higher levels of vitamin B12 and folate, nutrients needed to break down an amino acid called homocysteine. Elevated homocysteine in the blood has been linked to dementia, Alzheimer's disease, heart disease and stroke.

The findings from this study adds to growing evidence that following our current guidelines to eat a diet plentiful in fruit, vegetables, whole grains, low-fat dairy products, poultry and fish can increase life expectancy.

Research suggests that the following diet strategies have the potential to delay aging in cells and promote longevity:

It is widely thought that damage to cells caused by free radicals accumulates over time and contributes to aging and many age-related diseases. Antioxidants such as vitamins C and E, beta carotene, selenium and countless natural compounds found in plant foods combat free radicals. (Free radicals are unstable oxygen molecules that arise normally during metabolism and from pollution and cigarette smoke. If free radicals become excessive - or if antioxidants are unavailable - cell damage can occur.)

The best sources of antioxidants are fruit and vegetables; aim for seven to 10 servings (combined) each day. According to research that measured the antioxidant power of foods, the top-scoring fruits include prunes, raisins, berries, plums, oranges, red grapes and cherries. Kale, spinach, Brussels sprouts, broccoli, beets, red peppers, onions and eggplant are among the top-ranked vegetables.

Refined grains and sugary foods, which have a high glycemic index (GI), are digested quickly and cause a rapid rise in blood sugar and insulin, the hormone that moves sugar into cells.

Scientists believe that maintaining low levels of insulin in the blood can help to pave the way to a long and healthy life by affecting proteins in cells associated with longevity. Foods with a low GI release their sugar gradually into the bloodstream and do not produce a rush in insulin.

Chronic inflammation - the ongoing release of inflammatory chemicals in the body - is recognized as a major determinant of many age-related diseases.

Calorie restriction - eating fewer calories while getting all the protein, vitamins and minerals needed for good health - has been shown to extend the lifespan in every species tested so far. On a lower-calorie diet, animals live up to 30 per cent longer and remain more youthful, energetic and healthy than animals fed their usual diet.

Cutting calories has been shown to reduce free-radical production and inflammation in the body and stimulate special genes that turn off age-promoting activities in cells.

A 25 per cent calorie-restricted, nutrient-rich diet is currently being investigated in 200 U.S. adults; results are expected in 2012. Participants are eating 25 per cent fewer calories than required to maintain their current body weight.

To help you cut calories safely, consult a registered dietitian. 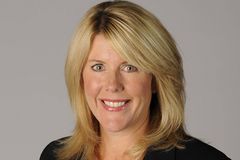 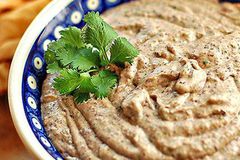 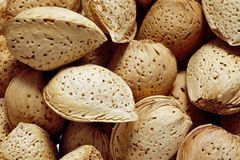 To live longer, pick your vegetables - and their colour - carefully
November 23, 2010 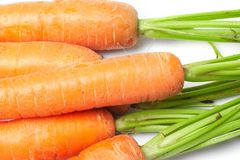 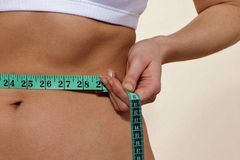