Before tackling any winter sports this season, give some thought to protecting yourself from knee injuries.

Damaging the ACL, or anterior cruciate ligament, is one of the most common knee injuries. With a sudden, acute injury – which can be caused by a sudden change of direction combined with a quick stop or landing awkwardly from a jump or pivoting with the knee nearly fully extended with the foot planted on the ground – patients commonly report hearing a pop followed by the knee giving out. The joint then quickly swells and is often too painful or unstable to even bear weight.

The ACL is one of the four main ligaments within your knee that connects the thigh bone (femur) to the lower leg (tibia). Its job is to provide the knee with stability by preventing forward movement of the tibia off the femur, keeping the knee joint intact when acting as a hinge. It also helps to prevent hyperextension of the knee, which is particularly important to athletes who participate in activities that involve quick changes of direction, jumping and rapid deceleration.

Why some individuals are at greater risk for the injury than others is still not thoroughly understood, according to Dr. Rick Zarnett, division head of orthopedic surgery at Humber River Hospital; he is also orthopedic consultant to the National Hockey League Players' Association and head physician for the Toronto Argonauts football team.

Several studies have shown female athletes have a higher incidence of ACL injury than males. This may be because of differences in physical conditioning, muscular strength and neuromuscular control. Other suggested causes include differences in pelvis and lower-leg alignment, increased looseness in ligaments and the effects of estrogen on ligament properties.

ACL injury and its subsequent surgical correction are one of the most researched subjects in sports medicine. A recent review by the Orthopaedic Journal of Sports Medicine provided three key findings that could help you protect your knees.

1. Non-contact ACL injuries are commonly caused by a force coming at the knee from a variety of directions when the knee lacks dynamic joint stability. When testing jumping, squatting, stepping down, cutting and hopping movements, the research supports the importance of incorporating unplanned or unpredictable demands in injury-prevention training programs.

To prepare for alpine skiing, hockey, ice skating or snowshoeing, include exercises that challenge your core stability. Use a wobble board or bosu ball in your strength-training workouts. Walking or hiking on uneven surfaces is another way to introduce unplanned movements to your workout. Practise jumping, landing, stopping and moving with your knees over your feet. When doing these movements, it's important that your knees do not collapse inward. The way to prevent this kind of collapse is to make sure you are strengthening your hips and thighs as part of your training.

2. Professional athletes, including those involved in football, basketball, soccer, rugby, skiing, handball, volleyball and dancing, have a greater rate of ACL injury likely owing to increased exposure to intense training and more frequent competition. More research is also required to better understand the impact that fatigue has on ACL injury.

Parents commonly ask how much training is too much when it comes to their children playing a sport competitively. ACL tears in young patients, who have not yet reached skeletal maturity, can be tricky to manage. To reduce the risk of most sports injuries, younger athletes are encouraged to participate in a variety of different sports with a period of rest in between seasons.

3. Research has also shown that prevention programs that include both preseason and in-season training play an important role in reducing ACL injury.

Plyometric exercises such as jumping, which pushes muscles to exert a maximum force in a short interval of time, are important to injury prevention. A combination of plyometrics, strength training and balance work have been shown to reduce injury risk. This achieves better results when performed under supervision, for longer than six weeks, with at least one training session a week.

This type of program also shows a greater preventive effect in participants younger than 18 years, which suggests young athletes should incorporate this training in their preparation for sport.

Dr. Dwight Chapin, B.Sc(H)., D.C., is the clinic director of High Point Wellness Centre in Mississauga, team chiropractor for the CFL's Toronto Argonauts and on-site clinician for employees of The Globe and Mail. Follow him on Twitter: @HighPtWellness. 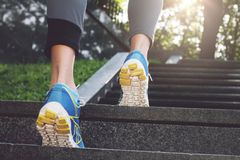 Swimming is a great way to get in shape if you have joint problems
May 16, 2018