We start every day at 4:45 a.m., launch ourselves through the day at breakneck speed (the experience is much like sticking your head in a blender), only to land in a crumpled heap at 8:30 p.m., wondering how we made it through the day. And the scary part is that our lives are no more hectic and stressful than yours are.

That's a festive specimen from Ann Burnett's collection of more than 2,000 annual Christmas letters, a pile that dates back to 1976. Burnett, a professor of communication at North Dakota State University in Fargo, started noticing 15 years ago how the holiday letters she was getting from family increasingly epitomized a fast pace of life. So she began asking friends, students and colleagues for redacted copies of their Christmas letters. Since then, Burnett has amassed reams of the "brag sheets" that families exchange annually, many from people she doesn't know with correspondence spanning the United States, Canada, France, England, Scotland and India.

The holiday missives serve as time capsules of what people have felt compelled to share with their loved ones through the decades – what they valued in life then and now, and how they spend their time. And what people seem fixated on now, Burnett argues, is how busy they are, with the frenetic pace accelerating every year.

While letter writers used to intone "blessings of the season," now they're itemizing their "action-packed" year. Alongside the family portrait they enumerate everyone's achievements like a communal résumé: how the children are doing in school and on their sports teams, how the adults' careers are faring, which promotions they've won.

Burnett circles words and phrases that appear repeatedly: "crazy," "on the run" and "it's hard to believe it's that time of year again." The overall effect is that of a mental list spewed all over your Christmas card: "Check, check, check is what it seems like," says Burnett, pointing to one holiday letter mocked-up as a to-do list you'd stick on the fridge.

"By 2013, everybody's busy: The preschooler's busy, retired people are busy," she says. "Busy equals normal. This is the new norm."

Burnett's vast library of letters serves "as an archive of the rise of busyness," wrote Washington Post journalist Brigid Schulte in her recent book, Overwhelmed: Work, Love and Play When No One Has the Time. Here, Schulte dissected North America's "great speed-up of modern life," with Burnett's collection as one artifact of many.

Year after year, the effect of correspondence with no rumination is that it normalizes the thoughtless racing, Schulte wrote. She and time scholars argue that, while people complain about the frantic pace of their lives, they seem resigned to accept it as if there is truly no other choice. More disquieting is that, increasingly, we're wearing that busyness as a mantle: When you move fast and are productive, you are relevant. With these priorities, leisure time presents a gnawing guilt.

For those on the receiving end of the annual, "busier than thou" brag letter, the messaging can feel like a competitive challenge, says Burnett: "You've got to one-up the other person. Nobody ever says, 'I took some time and really relaxed.' That doesn't look good any more."

So why are we compelled to spin this public persona to the people in our lives? It's best face forward, says Burnett: Nobody admits that their laundry piles are "insurmountable" or that they've busied themselves so deeply it's come at a cost to their close relationships and to their health. Would it not rejuvenate the soul to write the occasional brutally honest Christmas letter – bad grades, belly flab and all?

"Broadcasting your accomplishments and successes builds your personal brand. People want their network to have a positive impression, so we're more likely to share our successes than our failures," says Jenna Jacobson, a PhD candidate in the faculty of information at the University of Toronto who researches personal branding, community management and social media.

And since busyness is equated with success in our era, that's what people showcase in their family Christmas cards: the track-team practices, school plays, university studies, home renos, family businesses, board memberships and volunteer hours. Jacobson says it's less fabrication than "impression management."

"We don't often get the failures, the relationship breakups or the psychological breakdowns. When people do share those more real or human moments that some of us might cringe at or be uncertain of, we now label that 'oversharing,'" says Mitch Joel, president of Twist Image, a digital marketing agency with offices in Montreal and Toronto.

Joel, who blogs at Six Pixels of Separation, about how people use tech to market themselves, says that "even before social media, we were looking to show everybody in our family just how great and amazing things were" in our annual holiday cards. Even as Christmas letter writers are aware that they're putting forth a sanitized image, they still manage to buy into the enhanced personal brands offered up by family and friends every year. That's the human condition, says Joel: "We're curious about the lives of others. We all have aspirations. As much as we like to think that some individuals aren't on some form of hamster wheel of life, when you take a step back you see that we're all very similar."

There has been a backlash against such correspondence in England, where brag sheets are known as round-robin letters. Debrett's, the traditional British etiquette guide, now advises against the practice: "Round-robin newsletters are best avoided. They are impersonal and can seem boastful, especially if they are a rambling litany of the family's achievements. Recipients may, justifiably, feel that they have no special role to play in the sender's life. As such, round robins can actually do more harm than good."

Back in Fargo, Burnett and her colleagues decided to grade her letter collection, with "A" standing for "Authentic." Gold-star letter writers showed an appreciation for the present and understood that time is finite; these people are often ill or have faced a death in the family. Burnett points to a sample from 2005: "We've learned to take things one day at a time, to be thankful for the blessings in our lives no matter how large or small, to look for the silver lining on every rain cloud." Another comes the following year from a sarcastic elderly author whose plans include "trying to stay alive" and "completing his funeral arrangements."

Says Burnett: "That's pretty authentic. You realize that life is short and you enjoy being in the moment."

Analyzing 600 letters this way for authenticity, Burnett discouragingly found only 32 As.

Today, she is finding more Christmas letters being e-mailed than snail-mailed. The handful she scavenged from the 1970s were written by hand or printed on dot-matrix printers and detail a 30th wedding anniversary, a vacation to Acapulco and the excitement of wallpaper lessons. "None of them mention being busy," the professor observed. She points to another correspondence from 1981 where a wife recalls her 50th birthday party, which featured a male stripper and an evening with her history department involving a roasted pig. In other words, real-life hilarity, not one-upmanship. "There's nothing in here that says, 'We're super-busy,'" says Burnett. "The tone of the letter isn't hectic or high-strung."

Still, by the eighties, letter writers begin fixating on busyness in their Christmas cards. By the nineties, letters start outlining what each family member has achieved throughout the year. In 1999, letter writers pause to contemplate the new millennium, with a few marvelling at "how much computers have changed the world." In 2001, the letters are more patriotic, recalling Sept. 11. By 2007, correspondences see families fretting about the economy and losing their jobs. The letter writers are also aging: Burnett sees more detail of ailments and poor health.

At the same time, holiday letters from the late 2000s got more gimmicky as writers experimented with faux newspaper formats, captions and anagrams. And in these pet-centric times, they're also occasionally writing from the perspective of the family dog or cat, "the best one written by the dead dog which is now stuffed and sitting in the family room," recalled Burnett.

The letters of 2013 were rife with more busy chatter than ever before, especially about children's grades, extracurriculars and parents unable to keep up. Burnett says the harried dialogue isn't likely to abate soon: "Cultural change is very slow. In 10 years I suspect we'll be talking about how busy we are and how harmful it is to our health but I think we're still going to be living it."

As for herself, Burnett is behind on Christmas.

"Last year we had photo cards made that said 'Season's Greetings' and we didn't even send those out. Maybe I'll just cross the date out this year."

*Editor's note: Jenna Jacobson's name was misspelled in an earlier version of the story.

Visualize your way to a more relaxed holiday season
December 4, 2014 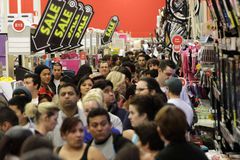 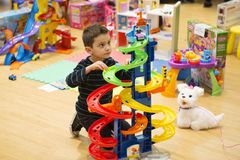 My family doesn’t put a lot of thought into Christmas gifts. Should I return in kind?
December 4, 2014