British designer Tom Dixon was going to be a rock star. In the early 1980s, his band Funkapolitan toured with the Clash and opened for Ziggy Marley. But when he broke his arm in a motorcycle accident and could no longer strum his bass, he redirected his creativity to blowtorching metal. It all sounds like a fast way to get third-degree burns. Instead, though, his self-guided experiments in form and craftsmanship launched one of contemporary design’s most prodigious and inventive careers. Over the ensuing decades, he has envisioned more than 500 pieces of furniture and lighting. Recently, he stopped by Toronto’s Klaus furniture showroom to talk about his new collections, how design is changing in the Instagram age and why he really wants to design coffins.

You’ve named your new collection of chairs and stools Fat, which isn’t always a positive descriptor. No one likes corporate fat cats, for example. Are you reclaiming the word?

Fat can be used negatively, but there’s a lot of positives to it, as well. As a word, it’s sort of joyful. In upholstery, plumpness is definitely an asset. And for the chairs, it’s very descriptive. It very simply captures how cushy they are.

They’re minimal yet plush – a bit like a contemporary, elegant take on a La-Z-Boy.

La-Z-Boy? No. But there’s something about the way that I sit that’s very lazy. I misuse chairs. I slouch in them. I originally created the Fat chairs and stools for Coal Office, a restaurant I co-own in London. I wanted them to be comfortable regardless of your posture. If you sit upright, the back rest provides lumbar support. Yet, they’re also lovely for curling up.

I understand that in your new London showroom, in Kings Cross, you have an open-concept prototyping space that customers pass as they enter the sales floor. Does that create pressure for you and your team? Is it hard to be on display like that?

What’s happened in the Instagram age is that there’s no privacy any more, and everyone talks about what they do as they do it. And there’s a good incentive for that. It means you can get reactions back early before imposing ideas on customers and distributors that they won’t like. So that’s what we’re experimenting with.

That sounds like a healthy idea, like you’re letting go of the need to always have perfectly finished ideas all the time.

I’ve never been a perfectionist, but I did worry about what people thought. Then at a certain point I thought to myself: Why?

Actually, I just thought of another incentive for us to being open. It allows us to own an idea early. We’re copied extensively. If we own an idea early on, and put it out there, then at least we’ve documented that it’s ours.

You do get copied a lot. I see Tom Dixon knockoffs for sale online all time. Does that bother you? How do you deal with it?

Ultimately, I’ve just had to get used to it. Because there’s very little I can do from a legal perspective. Intellectual-property protection in design isn’t very strong. I could get obsessed with these things, trying to sue people, but that’s not my interest. It would collapse my business if I spent all my time focusing on it.

You recently designed a highly praised collection for IKEA called Delaktig. Your own studio produces at relatively low volumes and sells at high prices. IKEA is the opposite. How did the collaboration go?

It’s always interesting to work with the biggest in the world. It started with an idea that I talked to them about which they didn’t like. It was for a coffin, but they were quite against it. They had a specific need for sofas. But I didn’t want to do that. Instead, I suggested a bed. So we decided to do a bed-sofa. A bed that can become a sofa by adding backrests. They were open to that. It was a couple of years in process, getting everything through the massive IKEA machine. They have to put everything through very rigorous tests. Especially for the American market. I don’t know what happens in beds in America, but the beds can withstand very heavy-duty use.

Wait, you started out wanting to make an IKEA coffin? Did you have an idea of what that would look like?

I just had an idea of what it shouldn’t look like. When you go into a funeral home, the options look pretty miserable, pretty gothic. Then if you visit a museum, you see beautifully colourful, Egyptian sarcophagi. Or amazing painted coffins from Africa. I just wanted to do something that’s more attractive, less doom-laden.

Would you ever come back to coffins on your own?

Yes. In fact, I did. I worked on a prototype with a paper engineering company that makes wall panels. It’s sort of a big, papier mâché thing. So, I mean, I’ve got one. And it’s quite nice.

Can two new start-ups do for house paint what Casper has done for mattresses? Subscriber content
March 14, 2019 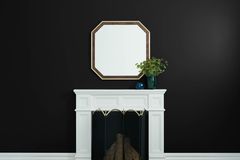 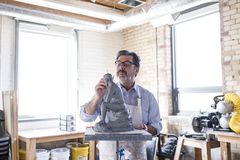 Designer Alexandra Hutchison on how luxury and sustainability can co-exist Subscriber content
February 25, 2019 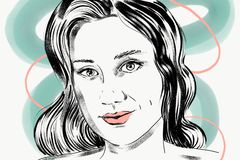