Four years ago, I had a conversation about contextualism with Peter Clewes, the Toronto tall-building designer. (He was doing a sleek residential high-rise in the Distillery District that strongly differed, in style and materials, from the rusty Victorian industrial fabric round about.)

Why shouldn't contemporary architects play the contextualist game, I wondered aloud, and make new structures that bow politely to their elderly neighbours?

"Because they're wrong," Mr. Clewes replied. "We need to create buildings of our time. Architecture is a record of where a city and a culture was at a particular time. … The exceptions in the urban framework articulate the city." Referring to some recent Distillery District towers that had tried hard to fit in, he remarked: "They speak of a time in Toronto when people said, 'Let's be apologetic, let's say we're not inserting additional density in this precinct.' This isn't what we should do now."

I don't want to suggest that architects should never vary their approaches to creative problems as they go along. Sometimes they have to change up, simply because the residential developers who employ them bend to the pro-contextualist breezes that occasionally blow in from the market, neighbourhood groups, or the planners and urban designers at city hall.

Still, I was a little surprised recently to find just how context-conscious the formerly militant Mr. Clewes has become – at least when drawing off plans for the new downtown Toronto condominium proposal that he and developer Peter Freed will soon bring before the local community and the city.

Called Sixty Colborne, and slated to fill up a parking lot at that address near the intersection of Church Street and King Street East, the 25-storey, 281-unit complex will rise (if approved) alongside two warehouse and commercial blocks, both finished in 1889. One of them was designed by E. J. Lennox, the eclectic architect of Old City Hall, Casa Loma and other Toronto landmarks.

These buildings should surely be cherished as what they are – attractive traces of the short-lived Victorian vogue for Romanesque styling – but not as anything more important than that. Ponderous, expensive and super-serious, the Romanesque manner would seem to be an unlikely basis for architectural thinking in the 21st century. For Mr. Clewes, however, the fusty old façades next door to his site have become sources of inspiration for a new structure that will occupy a conspicuous spot in Toronto's downtown landscape.

The buxom, boxy podium of Sixty Colborne, Mr. Clewes told me, will "reinterpret" its neighbours' ruddy colour and deep openings. The faces it shows the city will be grids of glass strips tinted rusty orange. Like the glazing in the antique structures, the windows of Sixty Colborne's base will be set sharply back from the outer edge of their frames.

In yet another studious reference to the Romanesque, the architect will have cars enter the project through a broad, ceremonious rainbow arch. The result of these design moves, if renderings are to be believed, will be something that's formally prim and dull, decked out in a strange and glittering skin – like a post-modern Christmas tree ornament, though not a really delightful one.

So much for the orange podium. Above it sits a flat, oblong, multi-storey glass attic. Then, suddenly, improbably, from one end of this shiny composition sprouts a tower that is as avant-garde as anything Mr. Clewes has ever done. Neat, compact, completely free of allusions to any defunct architectural style, it's a loose stack of light and dark slabs, some pulled back, some thrusting outward – a well-proportioned tall building (or at least the upper body of one) with distinctive rhythm, flair and swing.

But what's an interesting modern tower like this doing on top of a Christmas tree ornament?

"It's a matter of reinventing yourself," Mr. Clewes said of Sixty Colborne. "I could have done a 40-storey green glass building, something generic. But I am not trying just to be different. I'm trying to make a contextual response." When I asked Peter Freed to describe his most recent assignment to Mr. Clewes, he said, citing two widely admired modernist high-rises by the architect: Not another 18 Yorkville, not another Spire.

Mr. Freed is one of Toronto's most active young developers and, we know from his extensive residential revitalization of the old blue-collar district around Victoria Memorial Square, a thoroughgoing modernist at heart. Mr. Clewes is a prolific, talented modernist architect who has fashioned several of the most handsome condo towers to go up in Toronto since the start of the current real-estate boom. For the sake of the city, I hope that both men quickly get over their stylish romance with "context" and get back to doing what they have shown they do best: brightening the city with modern buildings. 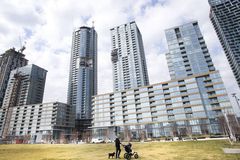 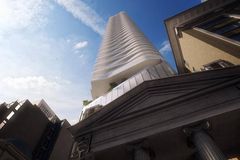 A builder's plan to fill Toronto's nooks and crevices
March 8, 2012 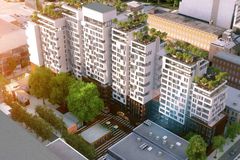