The architecture world has a new laureate, and he builds in cardboard. Japan's Shigeru Ban was named this week as the winner of the Pritzker Prize, an annual award that is often called architecture's Nobel – and his win sends a clear and timely message. Social change, sustainability and improving the lives of the many: This is what matters now to the world of architecture. With Ban's Pritzker, the global design elite is marking that shift.

Ban, 56, is best known for building shelters for disaster victims, as well as temporary structures that help knit communities back together after war and natural disaster. He began doing this in 1994, to help the United Nations house refugees of Rwanda's genocide. Ban suggested they use custom-made cardboard tubes – not unlike the ones used to roll documents – as lightweight, cheap and strong structural members. It worked.

Those cardboard components are part of his "emergency architecture."

And they embody the two ideals that characterize Ban's work: solving real problems, and doing so with innovative materials and design. His NGO, the Voluntary Architects' Network, was also on the ground after the 1995 earthquake in Kobe, and then in India, Turkey, Haiti, China, Sri Lanka and elsewhere, building housing, schools and public buildings on minimal budgets for people in need.

Awarded by the private Hyatt Foundation since 1979, the Pritzker's $100,000 (U.S.) prize has gone to many of the world's leading practitioners of high design: Frank Gehry, Renzo Piano, Norman Foster, Zaha Hadid and so on. Like them, Ban designs office buildings and houses for the wealthy – but his larger stream of work is unlike any of theirs. His "commitment to humanitarian causes through his disaster-relief work is an example for all," says Tom Pritzker, chair of the Hyatt Foundation. "Innovation is not limited by building type, and compassion is not limited by budget."

With this move, the Pritzker is marking the new era of "public architecture." That term reflects a desire, among younger architects especially, to do good. This means designing for a broad public, not just elites; and thinking about which forms of buildings and cities are truly sustainable. The cult of the celebrity architect – making personal and sculptural buildings, selling the napkin sketch and the personal brand – is being replaced by a new set of communitarian values. (I can think of at least three design firms whose names include the words "public" and "work.")

What's interesting about Ban is that he aims for both humanitarianism and high art, often at the same time. He has used those cardboard tubes, for instance, to make public buildings of remarkable beauty. In Christchurch, New Zealand, Ban designed a Cardboard Cathedral after the area and its main church were decimated by an earthquake in 2011. Built in about a year for approximately $5-million, it was a quick, extremely inexpensive tool to help heal a community. Its A-frame structure is made with large, custom-made cardboard tubes, anchored on a foundation of concrete and steel shipping containers. Despite those unexpected and humble materials, the building reaches 24 metres high, has a transcendent beauty, and is solid: It's projected to last 50 years. It also generated little construction waste and, in largely using paper, employs an entirely renewable material.

Ban has built a basic ecological concern into his buildings from the very beginning. To read his unique sensibility, consider how he has used shipping containers – those artifacts of globalization and favourite toys for architects. In 2005, he employed used containers to build the temporary Nomadic Museum on New York's waterfront. A long, church-like gallery with a pitched roof that housed a show of large-format photos by artist Gregory Colbert, it was incredibly beautiful.

After the 2011 tsunami in Japan, Ban designed temporary apartment buildings using containers (new ones this time) for the town of Onagawa. This time, Ban used them as blocks to quickly create a no-frills apartment building with good layouts and plenty of light and air for the residents. The project responded skillfully to a pressing need, with a limited financial payoff for Ban.

Yet, while he has been his own boss for much of his career, Ban is not a monk or a hermit. Educated in New York, he now has offices there as well as in Tokyo and Paris. He can build at the high end, and always with a thread of innovation. He won a competition for an outpost gallery of the Pompidou in Metz, France, and designed it with a complex, wooden-lattice roof that resembles a saddle; he's using a similar form for the headquarters of Swatch in Biel, Switzerland. He has even designed, inevitably, Manhattan condos – the Metal Shutter Houses, an impeccably detailed steel-and-concrete building with a retractable skin that echoes New York's standard shutters. (That project stands right next to a Gehry office building.)

Yet Ban seems, especially now, like a welcome spiritual leader for his profession. Some of the top names in design seem ready to profit from globalization while remaining blind to its costs. Hadid has built a grotesquely scaled cultural building in the autocratic state of Azerbaijan. She is also building a World Cup stadium in Qatar; after recent reports that more than 800 labourers had died on construction sites there, Hadid said, "I have nothing to do with the workers."

Meanwhile, younger architects who have gained some global fame are choosing to spend their time on community centres and social housing. Fortysomething British star David Adjaye, for instance, is designing a prestigious new museum in Washington, and has also done two neighbourhood library branches. He and others are following the trail Ban blazed two decades ago.

And Ban, in turn, is looking back to the 1950s and 1960s, the high point of modernist architecture. Countries across the world were literally building a new society then, and architects – committed to the public good – demanded and got a prominent role in shaping this new society. Phyllis Lambert, founder of the Canadian Centre for Architecture, has argued that this public spirit helped generate some of the best architecture in this country's history. Think of Simon Fraser University in British Columbia, and Toronto's City Hall.

The ferment of that era paid off, and the chaos of this one could as well: There are opportunities to leverage new techniques of building and communication to make the world a better place, just as Shigeru Ban has done. 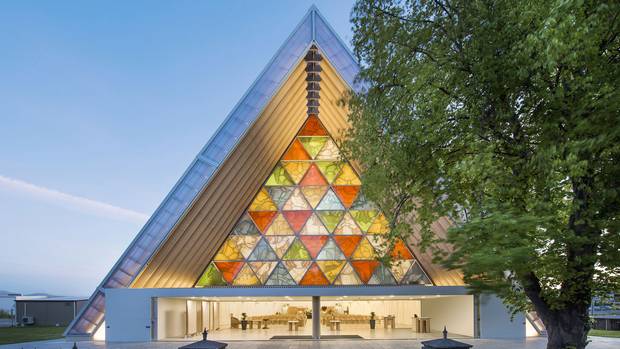 Stephen Goodenough
In Christchurch, New Zealand, Ban designed a Cardboard Cathedral after the area and its main church were decimated by an earthquake in 2011 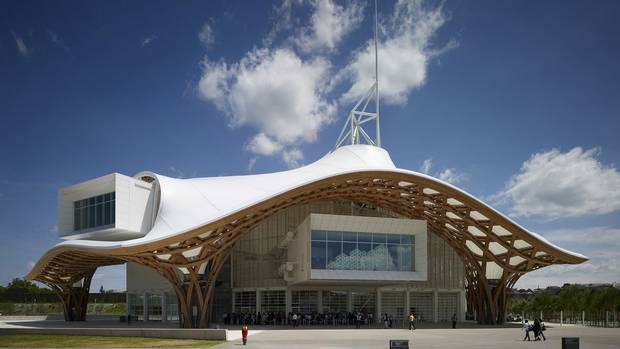 DIDIER BOY DE LA TOUR
Ban won a competition for an outpost gallery of the Pompidou in Metz, France, and designed it with a complex, wooden-lattice roof that resembles a saddle 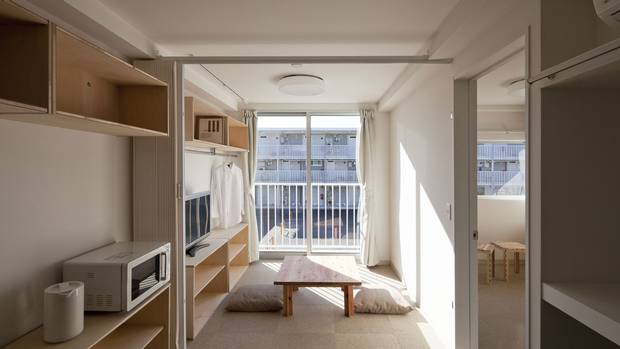 Hiroyuki Hirai
In the wake of the 2011 tsunami in Japan, Ban created temporary apartment buildings out of shipping containers.