On a windy, unseasonably cold day, I arrived in Thorncliffe Park – that peninsula of 1960s concrete point and slab towers surrounded by rivers and trees in central-east Toronto – ready to embark on a recreated Heritage Toronto walking tour I’d missed back in July.

Called Arrival City, the walk led by Geoff Kettel and Sabina Ali, was just the sort of thing I love: learn about layers of community history, ogle some mid-century modern architecture and get some fresh air.

Instead, I helped Ms. Ali (2014 Jane Jacobs award-winner) and Mr. Kettel ( community activist, writer and 2008 Agnes Macphail award-winner) move a misplaced bicycle rack, catalogue park benches that had been installed incorrectly and discussed anticipated traffic woes arising from a proposed big box store on Overlea Boulevard. But mostly, I got an earful about how healthy communities are built and maintained. 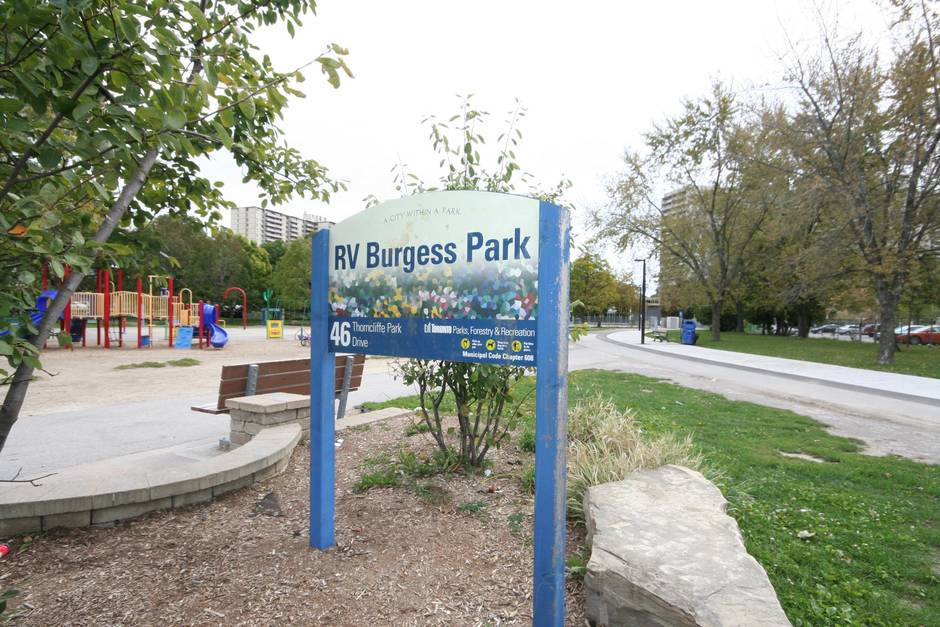 R.V. Burgess Park (Dave LeBlanc for the Globe and Mail)

When you put passionate folks together, anything can happen. Ms. Ali has a very big place in her heart for R.V. Burgess Park (the place with the bicycle rack and benches). While tucked out of view behind clusters of high-rises, it’s nevertheless smack-dab in the middle of this community of newly arrived South Asian immigrants.

After arriving from India in 2008, Ms. Ali found the park drab and underused. “I was totally disappointed,” she recalls. “Very few swings, kids lining up and I can see how huge the community is – so many towers, so many people – and all the fences around the green spaces.” 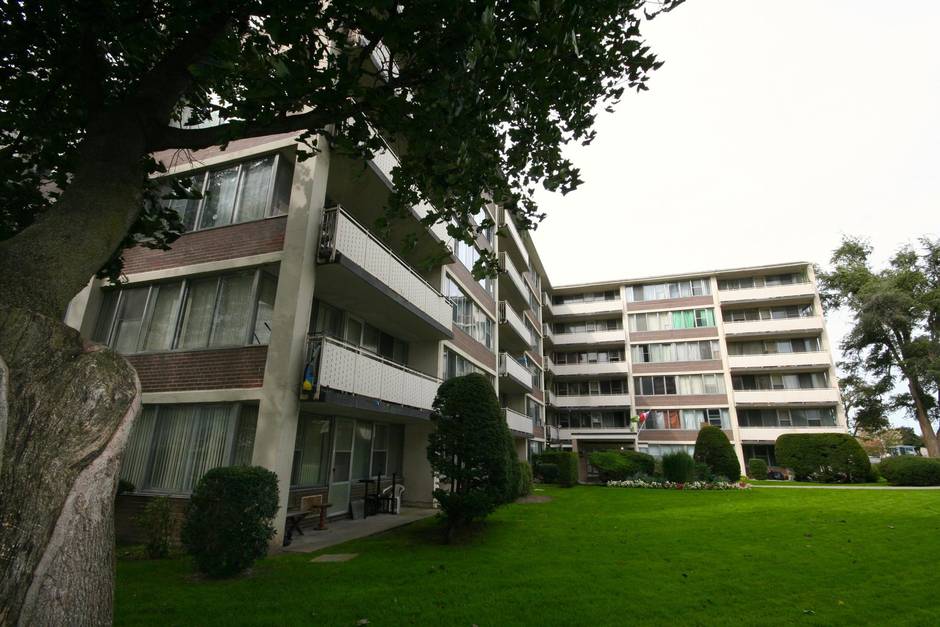 Planned in the mid-1950s by Hungarian-born architect/planner Dr. Eugene Faludi, Thorncliffe Park, once the site of a horse racing track, was meant to house 12,500; today, this “arrival city” is bursting with more than 30,000 – one-third of them school-aged children.

Soon, Ms. Ali’s talks with other dissatisfied mothers resulted in new playground equipment. But it didn’t stop there: She and others formed the Thorncliffe Park Women’s Committee (TPWC) to determine what else could be done to animate the park. Ironically, it was during “Neighbours Night Out,” which Leaside resident Mr. Kettel started in 2006, that the idea of a marketplace came up. Despite spools of red tape to wade through, it seemed the right fit.

“It really helped me a lot, being a newcomer,” she says. “Getting involved, meeting people, and focusing on something that is important for my kids.” 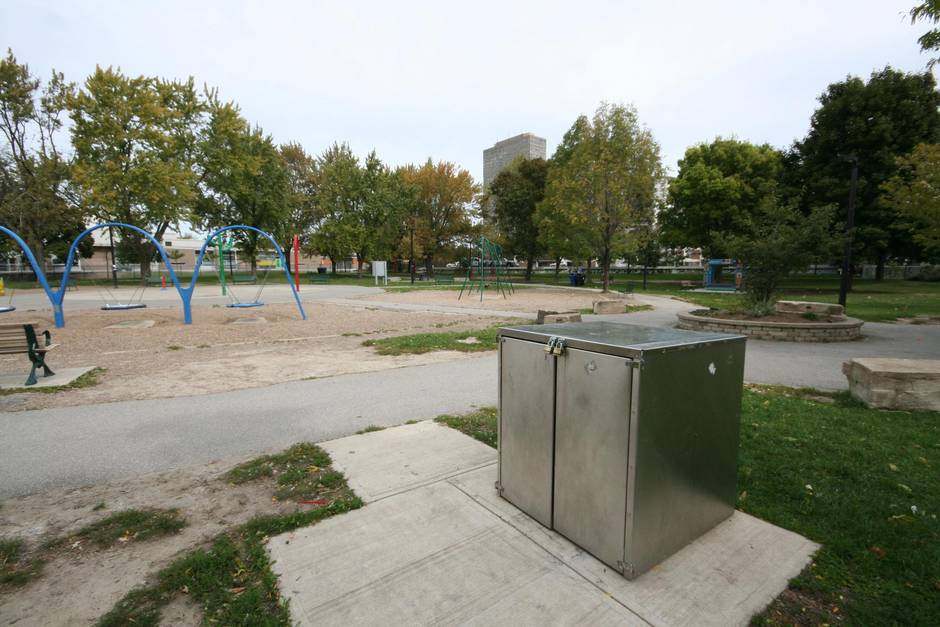 From five vendors in 2009, the Thorncliffe Community Market has grown to close to 100, selling everything from clothing, handbags and jewelry, to housewares and prepared food made in Toronto Public Health certified kitchens. The TPWC operates a non-profit produce stall that offers below-market prices to residents, many of whom are low-income earners. There are also art tables for children and performances “from the community.” In the past two years, a tandoor – the first of its kind in the city – has been used to bake and sell bread; when not in use, the oven hides inside a small, steel shed (the market runs from late May to late September).

It was as we made our way to that locked-up tandoor that Ms. Ali stopped in her tracks: on a strip of freshly-dried pavement, something is out of place. “Oh, why is there a bench on the paved area?” she asks in her soft-spoken voice. “Oh my god.” 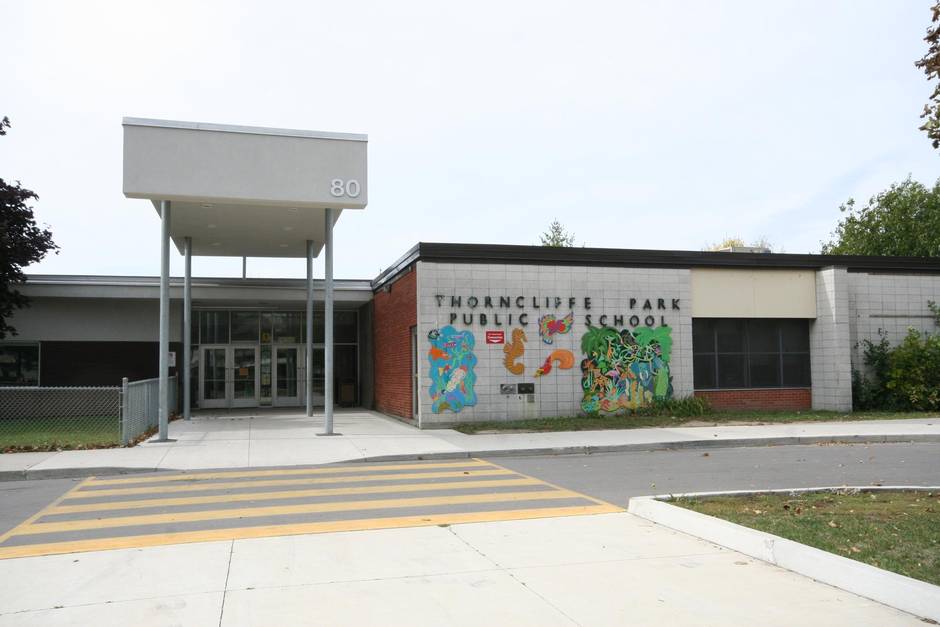 Mr. Kettel, the bulldog among us, whips out his camera to document the offending park bench, which still has concrete dust around the bolts that secure it in place. “This is where the market is,” says the 67-year-old, who emigrated from Britain when he was 21. Soon, more poorly placed benches are identified, as is a bicycle rack that’s far too close to the tandoor to be of any use.

“I mean how stupid is this?” he asks rhetorically. Since the bike rack is not bolted down, we move it.

Order restored, talk turns to the need for the kiddie splash pad to be painted in fun colours (it’s raw concrete right now) and of the events the TPWC organized as part of the Pan Am/Parapan Games this past summer. 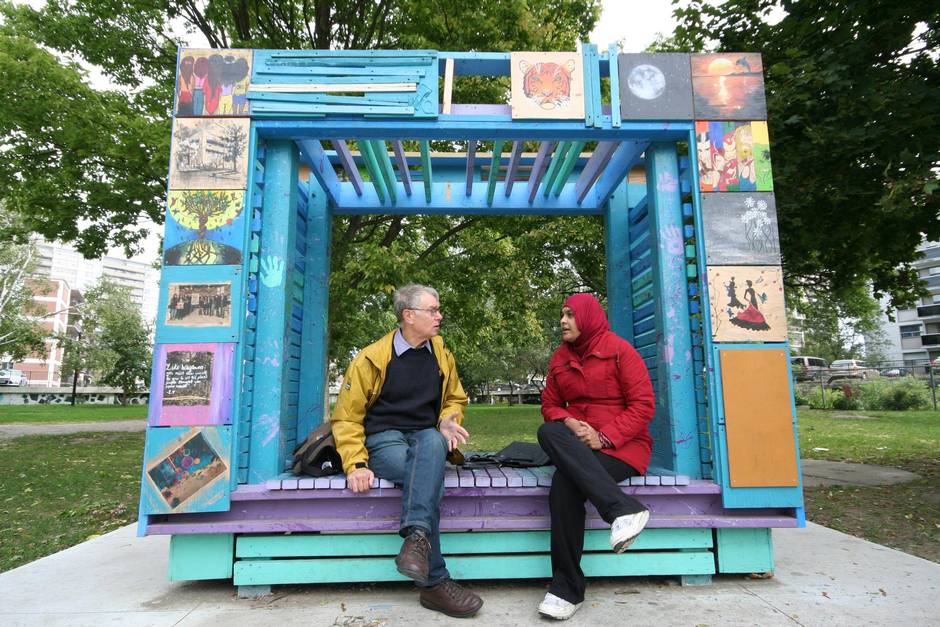 Geoff Kettel and Sabina Ali, seated in the play structure in R.V. Burgess Park, call their walking tour of Thorncliffe Park ‘Arrival City.’ (Dave LeBlanc for the Globe and Mail)

Sitting down on a small painted stage, Mr. Kettel, a regular columnist at Leaside Life and chair of the North York Community Preservation Panel, asks Ms. Ali what she thinks the pair can contribute to the city’s new Myseum project (myseumoftoronto.com). The duo then discuss the upcoming community meeting about that big box store and how it will affect traffic moving in and out of the former Coca-Cola head office and bottling plant site.

Looking at her watch, Ms. Ali apologizes and says she must leave; while she still visits Thorncliffe Park every day – “There’s so much to do, I can’t afford to miss a day” – she now lives up in York Region. The always-accommodating Mr. Kettel, however, offers to take me on a truncated version of the Heritage Toronto walk I was originally promised. 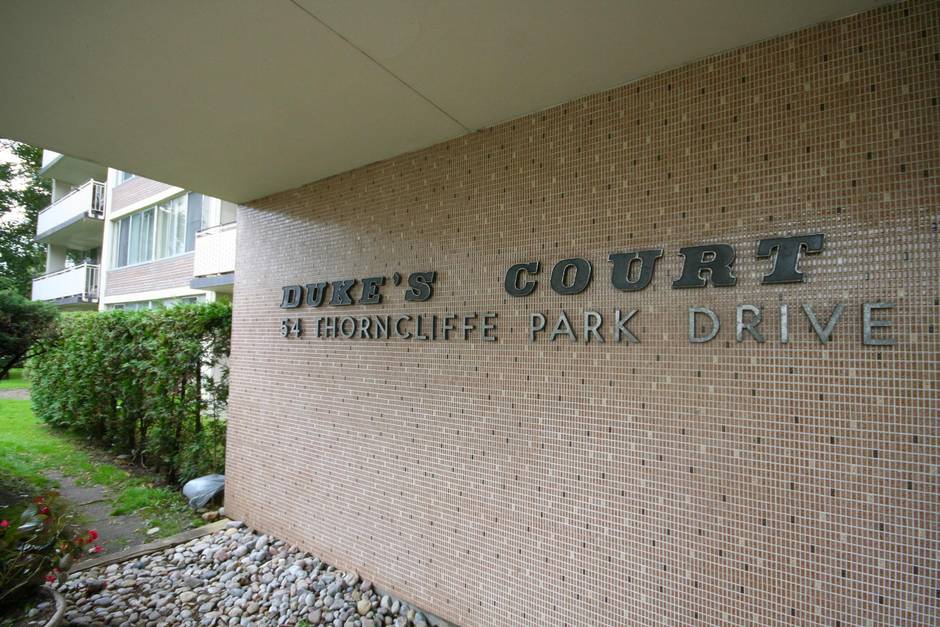 Funnily enough, while I do get to admire up close the well-maintained, low-rise buildings on Thorncliffe Park Drive (while Leaside Towers – once the tallest apartments in the Commonwealth – looms in the distance) and Mr. Kettel brings me around to see the community gardens and the industrial area, he never really recreates the tour for me.

That’s because that’s in the past … and people like Ms. Ali and Mr. Kettel always have their eyes on the future. 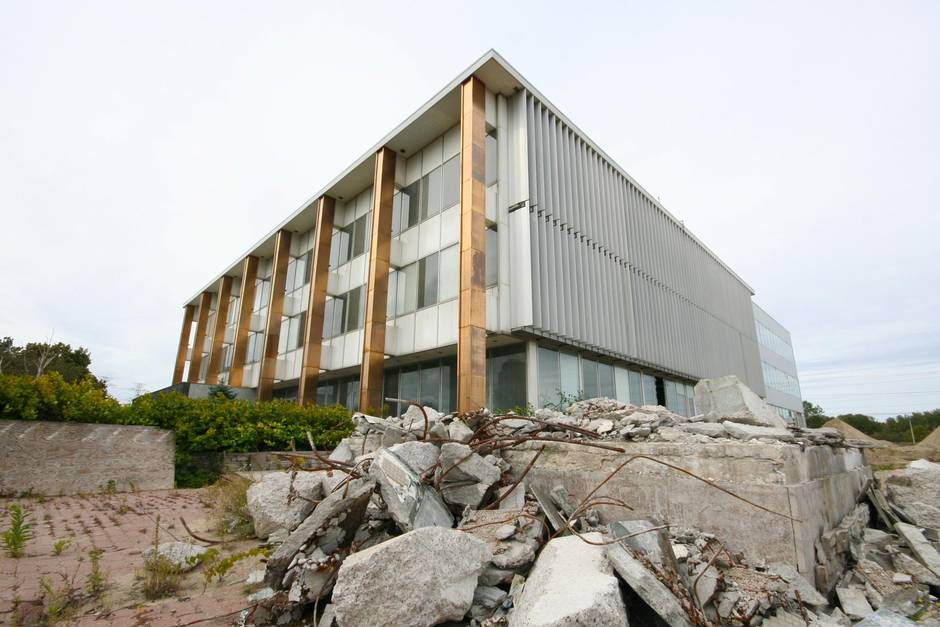 Thorncliffe Park: one-time home of Coca Cola Canada, now being demolished and to be replaced with a big-box store. (Dave LeBlanc for the Globe and Mail)