Like all couturiers, Camal Pirbhai mainly works for a small group of elite, demanding clients. He's often asked to sign agreements stating that his design is exclusive, original and top secret. He isn't allowed to show pictures, sketches or fabric samples of many of his projects to anyone. Even talking about the designs is off limits to ensure that an heiress or scion doesn't have the same look as their friends.

But unlike Gaultier and Galliano, Pirbhai doesn't apply his deft touch to evening wear and ball gowns. He makes drapes – the regal kind that transform a mere living room into an aristocratic salon or parlour. Almost everything – perfectly spaced pleats, pillowy tufts, delicate rosettes – is hand-stitched. Even the hardware is handmade. He designs his own rods, brackets and finials and has them custom-fabricated by carpenters, metal workers and glass blowers.

His passion translates into long hours – Pirbhai is often in his downtown Toronto studio by 6 in the morning and continues to work until long after he puts his four-year-old daughter to bed – but also exquisite craftsmanship. Even up close, the trickiest, most painstaking details – such as the tiniest dots and stripes on an embroidered butterfly's wings – appear flawless.

Pirbhai is a rarity in Canada. There are only a handful of people making drapes by hand from scratch, and even fewer with his years of experience and education.

Most custom curtain makers were trained to sew clothes but sidestepped out of the fashion industry. Pirbhai was trained specifically in curtain couture 20 years ago. After finishing high school in Toronto, he studied fine art at a university in the city. Discouraged by the idea of struggling to make money as a traditional painter or sculpture, he dropped out after his first year. Instead, at 19, Pirbhai moved to London, England, and apprenticed under a custom curtain maker. He didn't know how to sew at the outset, but liked the idea of a vocation that was expressive yet practical.

Although he could have stayed and worked in Europe after his year-long term, he chose to come back to Toronto. "There's no set style here," says Pirbhai. "That's a good thing. It means you have much more freedom to experiment." Now, his window treatments adorn some of the ritziest homes in the city's ritziest neighbourhoods, including Forest Hill and the Bridle Path.

Pirbhai is almost always hired by a homeowner's interior designer. Sometimes he doesn't even meet the person he's designing for until the day he comes to install the drapes, if at all. He takes his cues from interior designers' overall visions and works with their colour palette and aesthetic. Although he's an artist in his own right, he respects the fact that his curtains have to fit effortlessly into a space – they can't be too loud, attention-grabbing or showy. When asked whether he finds it frustrating to put so much energy into detailing that might go unnoticed or under-appreciated in an already elaborate room, he says humbly, "I know my place."

He also knows that couture curtain-making is an anachronistic practice in a time when computer-guided machines can quickly apply elaborate, CAD-designed patterns with embroidery thread and beads. Most of us opt for affordability and convenience in our window coverings – off-the-rack blinds from mass-manufacturers like IKEA – instead of something that can take a year to produce and cost tens of thousands of dollars.

But even when looking at Pirbhai's most straightforward drapes – ones with a simple row of pleats articulating the top and no other real fireworks – there is something viscerally delightful about his neat, evenly spaced stitches. "Hand stitching is stronger," he points out. "It doesn't pucker, hangs better and will last a hundred years." More than that, though, Pirbhai's handiwork looks dignified, almost friendly. The machine-manufactured ones look lifeless in comparison. 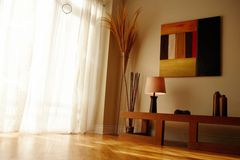 Are you ready to dump minimalism and dust off yesteryear style?
January 30, 2013 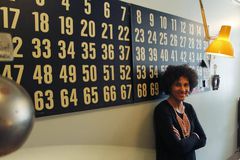 Obsessed with home decor? You may have self-image problems
September 12, 2012 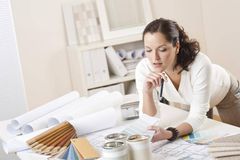