"If you think good design is expensive, you should look at the cost of bad design," Ralf Speth quipped recently.

The CEO of Jaguar Land Rover was talking cars, but even so, I wish I'd heard this before my renovation. We designed closets too shallow to fit my size-9 shoes, and shelves spaced so far apart you could sit on them. When the doors were installed, they opened against the light switches. All the radiators were hung in the wrong places, and we neglected to put one in the bathroom.

These are perhaps trivial annoyances in the grand scheme of things. But in the scheme of my mind, they take up far too much space. Besides which, righting the wrongs of the past isn't cheap. My inability to spot these pitfalls ahead of time would have made me the ideal candidate for an interior designer. Seeing them in hindsight makes me the ideal candidate for an ulcer.

Thousands of homeowners plunge into renos without knowing the first thing about electrical currents, wood flooring or picking paint colours that won't make them look jaundiced. We think we do: We watch Rehab Addict and buy Elle Decor. Then we splash out on an Italian sofa only to realize the fabric gives us a migraine. The property-porn industry has created a generation of cocksure DIY home decorators, and only an interior designer can properly smack some sense into them.

Whether it's thanks to a real estate market that makes it prohibitively expensive to move, or the so-called "HGTV effect," renovation spending is on the rise. The Home Improvement Research Institute says sales of home-improvement products are increasing more than five per cent year on year. The industry was worth a record $63.4-billion in 2013, or 3.7 per cent of total Canadian gross domestic product, according to real estate consultants Altus Group.

It's never been so easy not to hire a pro before embarking on a reno.

"We didn't hire a professional, but in hindsight we should have," says Isabel Blunden, a London editor who spent nearly a year remodelling her home before the arrival of her first child. She would visit the site twice daily while the renos were in progress.

"It's easy to feel like you're capable of knowing what's best for your space. But I now realize that having someone's guidance could have actually saved us money, and certainly stress. Even a task as simple as choosing a wood floor was virtually impossible to get done."

Blunden had an electrician install a five-amp circuit so she could control all her lights with one switch. Yet in the end, only one of the existing lights were compatible. Because she underestimated the amount of built-in storage she'd need, she now has freestanding units in most rooms.

"The builders turn to you and say, 'We need to know where this is going – now,'" Blunden says. "I really believe having someone here would have helped."

With an expensive renovation on the horizon, the idea of spending 10 to 15 per cent of your budget on hiring an employee might seem impractical, but factor in the cost of a mistake and it's a wonder more people don't use designers.

Ada Bonini, a principal at Vancouver design practice Bob's Your Uncle, says she's heard of DIYers spending thousands on sofas that were too big, or walnut floors that are scratched beyond recognition by their dogs.

"A good designer knows about spatial arrangement and proper scale, what materials are appropriate," Bonini says.

"If you like walnut but can't cope with walnut, there are options available." She says she's sourced area rugs that can be cleaned and designed storage at various heights that families can grow into over time, as well as wider doorways that can accommodate wheelchairs.

"It's not just about the kids growing up," she says, "it's about aging in place."

Then there's the cost of not doing anything. "People say they don't want to invest because they're planning to move in five years," Bonini says, "but the buyer is paying for those investments – so you're actually investing for a lifetime."

According to the Appraisal Institute of Canada, bathroom and kitchen renos provide a return on investment of about 75 to 100 per cent, while exterior or interior painting provides a return of 50 to 100 per cent. And that's after you benefit from the renovation yourself.

Working with a designer can truly pay off when it comes to their industry discounts. "Typically our discount is 20 to 50 per cent," Bonini says.

Even factoring in the 15-per-cent purchasing fee she charges for each buy, and her flat fee (which varies by the project), clients get a net saving.

Bonini says the biggest savings generally go to the biggest spenders, but there are cost-effective options at the lower end, too.

New Yorker Will Nathan launched design service Homepolish two years ago after discovering no professional would stoop to take on his $25,000 project.

He eventually found the natty designer Noa Santos, who whitewashed his apartment, added loads of lighting and eventually joined the partnership.

"We've devised all sorts of efficiency systems on the back end that help our designers concentrate on design."

When Soria joined Homepolish shortly after its launch, he was one of the only designers on staff. Today there are 200 working in cities across the United States. Canada is a logical next step for the company, but, Soria says,

"We're incredibly selective with the designers we take, so finding them is a long process."

The service makes it feasible even for renters to get a leg up, and Soria believes the cost is justified.

"It's annoying to spend what it takes. But the upside is getting a new space. Your space is valuable and it's logical to spend money perfecting it. This is your life."

DIY decorating is plagued with costly endeavours disguised as savings. "I'm always surprised at how little people value their own time," Bonini says.

Here's another place a neutral party can come in handy. "I've seen some marriages tested during the renovation process," Bonini says.

"It helps having a 'go to' to assist in decision making. It takes the pressure off of your tasks."

But, like they say, when you own a home there's always something that needs doing. "[Having a designer] might have meant we could talk about something other than the house for 12 months," Blunden says.

"Now we talk about how we're going to redo it for the baby."

How to hire the right designer

Start by flipping through your favourite design magazines for projects that stand out. Visit stores where you might source some of your furnishings – whether it's IKEA, Restoration Hardware or Ralph Lauren – and ask for a recommendation.

The website Houzz.com is an excellent resource for finding designers. Just plug your city into its search engine and you'll get an extensive list you can filter by specific need. You'll also find images to go along with each entry.

Hiring a designer will pay off most if you're tackling a full home reno, an addition or a new home interior. That way you'll benefit from your designer's discounts across all your floors, surfaces and furnishings. Volume, volume, volume.

If you want a designer who is accessible and can move fast, choose a business with resources. You'll want a team of more than one or two, so you'll get the attention you're looking for.

Interview several designers, asking for their portfolio and references. They should be comfortable talking money and time right away.

Speaking of which: Ask up front what you're paying for. Agree on the payment structure, the schedule of meetings and discounts. Be clear if you want to see invoices for every purchase and specify this in a written agreement.

A designer should listen to your concerns, your vision and your taste and shouldn't condescend. But don't be put off by a bit of direction. A designer should rein you in, protect you from poor decision making and manage expectations.

Make sure your designer will work through the end of the project – you'll want to follow up with a snag list of outstanding tasks and questions about maintenance. 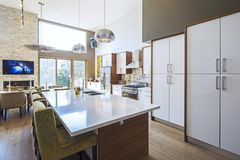 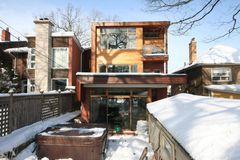 Carrick on money: Three smart ways to negotiate with a contractor
December 11, 2014
Follow us on Twitter @globeandmail Opens in a new window
Report an error Editorial code of conduct
Due to technical reasons, we have temporarily removed commenting from our articles. We hope to have this fixed soon. Thank you for your patience. If you are looking to give feedback on our new site, please send it along to feedback@globeandmail.com. If you want to write a letter to the editor, please forward to letters@globeandmail.com.
Comments