It was a hot summer afternoon, and the kids were not in the water. I was at the neighbourhood park in Toronto, my two sons were eager to splash in the wading pool. But the water was freezing cold – freshly refilled for the third or fourth time that day – and a teenager was standing there dosing the pool with chlorine, dressed head-to-boots in a plastic haz-mat suit.

Meanwhile, my two-year-old was in the nearby sand pit, shovelling muck under a water tap. Then I saw him drink from his sand bucket; he looked at me with a gap-toothed grin, wet sand hanging from the corner of his mouth.

Since the 1970s, the playground has been a battlefield for this epic conflict: the best ideas of public health and safety engineering against the entropic impulses of children themselves. Parks and schools – driven by worries about injury and concerns about maintenance – have aggressively purged playgrounds of danger, and of life. This has begun to change. A new generation of playgrounds allows kids to interact with nature, to manipulate objects as they play imaginatively, and even to experience some physical risk. This reflects a cultural shift in North America, in how we approach public space and, incrementally, how we worry about our children.

How did play ever become so scary? 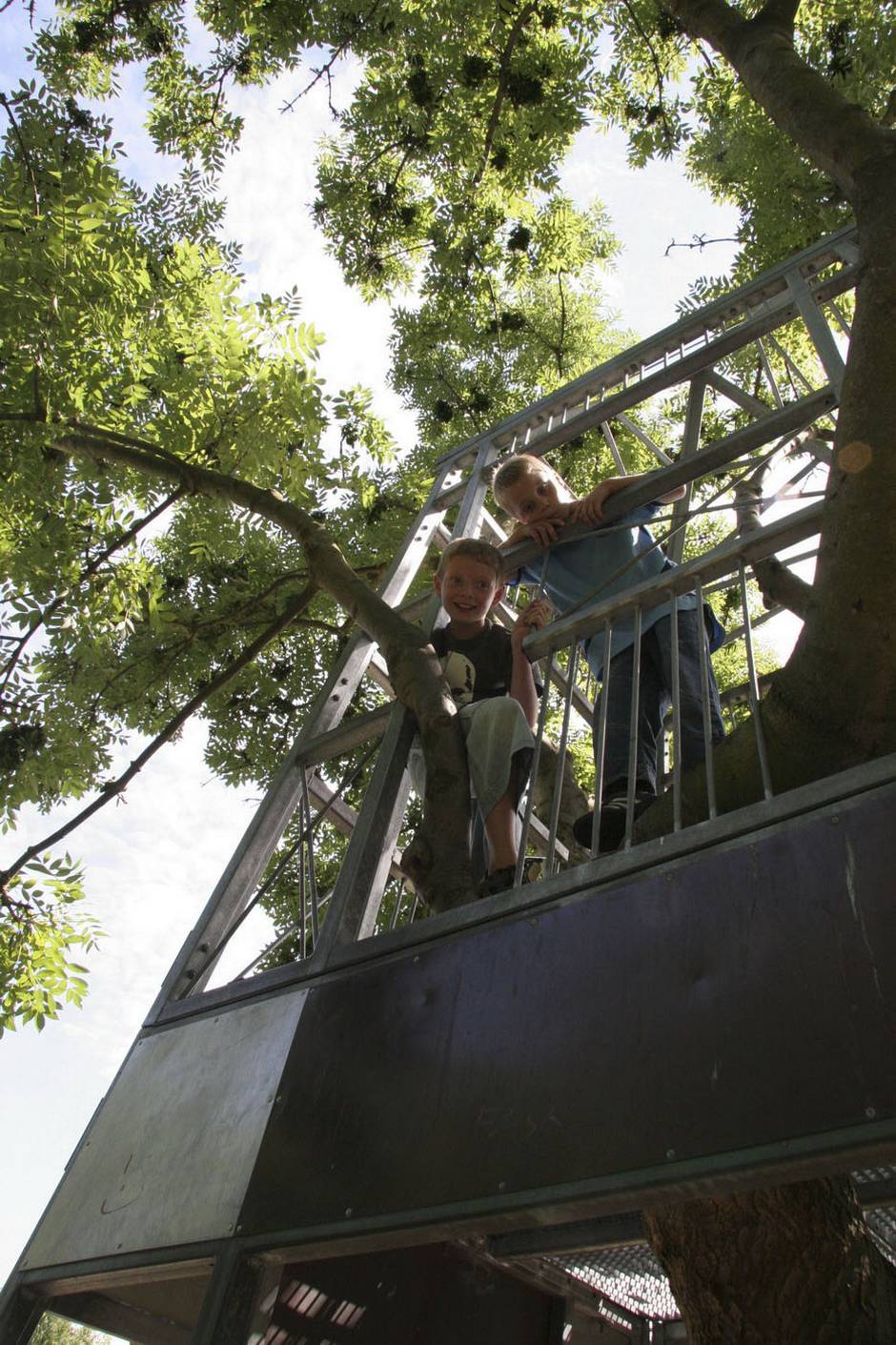 An observation tower in the nature garden in Valbyparken, Copenhagen.

It wasn’t always so. The playgrounds of the mid-20th century were, by the standards of today’s parents, terrifying. In occupied Denmark in the 1940s, the landscape architect Carl Theodor Sorensen developed the “junk playground” – where the equipment consisted of rubble and building materials, and where children could demolish, negotiate and build together. Then Lady Marjory Allen of Hurtwood, a British landscape architect and children’s advocate, imported the idea to playgrounds in post-Blitz London. Pictures show young Londoners building precarious forts out of bricks and lumber, walking along teetering climbers, building open fires. The goals: encouraging children to play imaginatively, develop socially as they organized their own activities and tested their limits.

In Western Europe, particularly in Denmark, playgrounds generally retained this emphasis on independence and freedom. The Copenhagen landscape architect Helle Nebelong, who spoke recently at Evergreen Brick Works in Toronto, argues that this is simply responding to children’s needs. “They have an inner urge to pick things up and create things.”

Nebelong has spent her career as a designer and civic official advocating for parks that supply freedom and nature. Her Nature Playground in Copenhagen’s Valby Park mixes whimsy and common sense. It mixes disparate elements – winding paths, huts, green hills, sand play areas, patches of hardy wildflowers and shrubs that stand up to some abuse, and a set of five miniature observation towers – in a huge, adult-free domain. Its main structure is a circular bridge more than 200 metres in circumference. 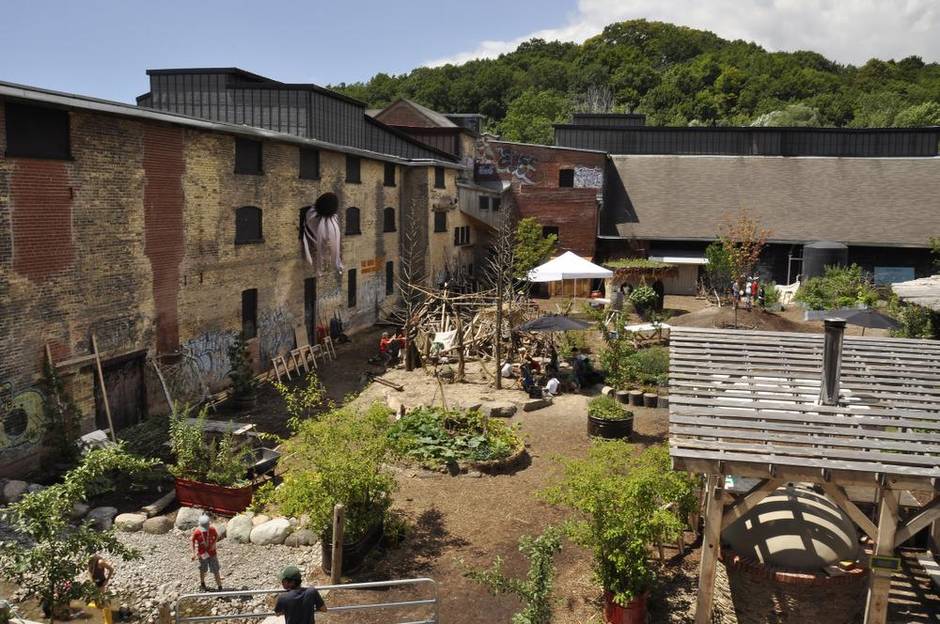 This is an eclectic play space that feels as wild as the postwar adventure playgrounds – less dangerous, but liberating. The presence of nature here, Nebelong argues, is crucial. “If you ask children what they want, … they have lots of ideas about bushes and trees where they can pick apples,” she says. “It’s a grownup approach that all things to do with childhood should be colourful, and have heavy equipment and horrible rubber in lots of colours.”

In North America, adventure playgrounds and other open-ended play spaces – such as the artist Isamu Noguchi’s 1976 Playscapes, recently renovated and reopened in Atlanta – appeared but, in most cases, did not last long before the arrival of heavy equipment. Beginning in the 1970s, driven partly by a handful of lawsuits from the parents of injured children, official opinion began to focus on what might go wrong. Safety regulations in the United States and Canada became stiffer and began to alter the landscape.

“In some ways, the lawyers were designing the playgrounds,” says Adrian Benepe, a former New York parks commissioner. “The idea was if you didn’t follow the standards, you’d be liable if somebody broke an arm, and as a result you had very rigid playgrounds. They were attractive, they were safe, they were clean … but they were boring.” During his own upbringing in New York, Benepe saw the playgrounds of the 1930s and 40s – asphalt-floored and stocked with tall swings and seesaws – phased out in favour of rubber floors and fixed equipment. 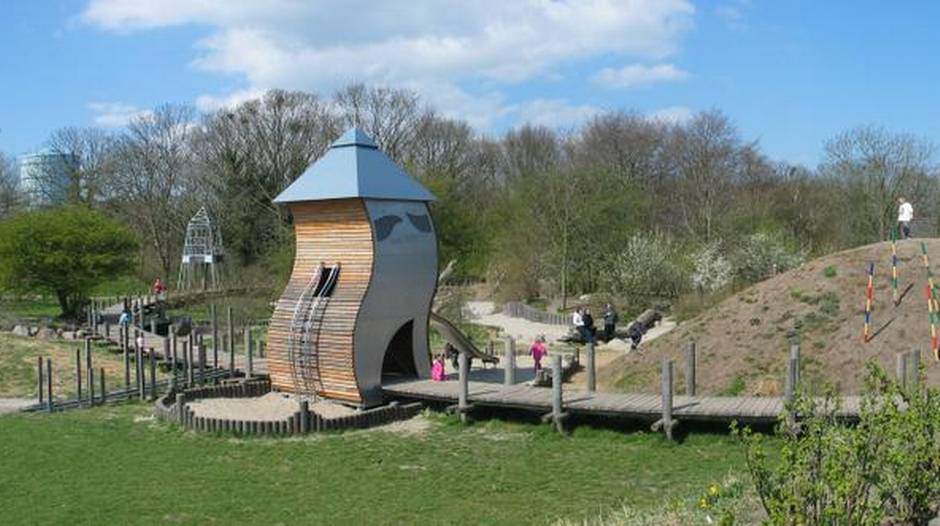 That is the sort of playground I grew up with in the 1980s: with wood structures heavy enough to support a herd of elephants, clear sightlines and railings everywhere. This brand of play space has been widely criticized by educators as unhelpful to children’s development; it encouraged gross motor skills, such as climbing and jumping, but not fine motor skills and imaginative play, which are particularly important to younger children.

One strand of thoughtful resistance began in New York. The prominent architect David Rockwell came up with a solution to create and encourage child-directed free play. His firm developed the Imagination Playground, a kit of large foam blocks that are lightweight and allow for water play. Benepe brought them into a city park in Lower Manhattan to help draw people to the area after 9/11. It became wildly popular with families. (The model is being incorporated into a permanent playground in Brooklyn, which broke ground this month.)

Given today’s hyper-protective parenting norms, changing playgrounds means changing the culture. The Canadian organization that invited Nebelong, Evergreen, aims to do just that. “Children have very little independence,” says Cam Collyer, Evergreen’s director of children’s programs. “Thirty years ago, they had as much as they wanted. We’ve got to take that into account. A child in the city is not roaming around the streets on their own any more.” The freedom to explore, he argues, is a necessary part of childhood.

Evergreen’s Brick Works centre in Toronto has an excellent adventure-style playground, and Evergreen has worked in six provinces to transform more than 3,500 playgrounds. They favour a set of qualities – nature, independent play, imaginative play and physical activity – that serve children’s development and that are badly needed in this “indoor age,” says Collyer. 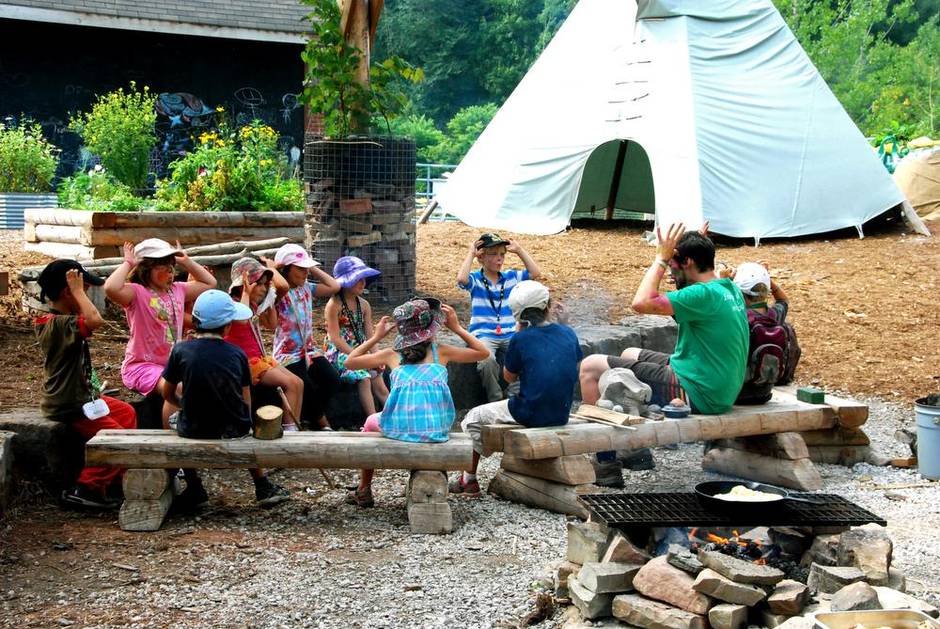 This understanding is becoming more widely shared. New public playgrounds, such as my local, designed by the office PLANT Architect, include dispersed play areas and naturalized elements – rough-cut log benches, a play area in a grove of trees that includes a water tap and sand pit.

And yet these components run counter to a lawyerly logic that continues to rule the playground. In 2011, Toronto’s public-health department mandated changes to wading pools to clear them, drain them and chlorinate them repeatedly each day. The rationale for these practices is vague or simply confused; a group of local parents found that the city has zero evidence of illness being transmitted through these pools in the past two decades, and the “suction” from their drains, allegedly dangerous, is in fact gentle. Whoever wrote those policies must never have used the pools. They also didn’t measure the loss of hours a day as the pools stand empty, quarantined or newly filled with icy water.

And they didn’t account for a toddler’s penchant for eating sand.

Protecting children from dangers, bacterial and physical, is worthy, and professional designers don’t ignore the physical health of their young clients or the regulations meant to protect them. And yet, as Nebelong puts it, it’s time for some common sense. “It’s very good to know about the standards – but you should always say to yourself, Does this make sense? How big is the risk? And can you balance play as more important?”