For decades, in-the-know gardeners have been holding onto a secret. Not out of malice or any sense of elitism, but because we honestly didn't realize how few people are aware that some flower bulbs bloom in autumn. Although they're available in specialty bulb catalogues and on some garden centre shelves, these shrinking violets continue to be passed over in favour of splashy tulips, daffodils and hyacinths. That's a shame, especially because these beauties provide instant gratification, blooming a scant few weeks after planting instead of following several months of winter, conditions that spring-flowering bulbs demand.

Of the two fall-flowering bulb families to look for, autumn crocuses are the easiest to recognize. Because they belong to the same genus as spring crocuses, they look just like their vernal cousin, with delicate cup-shaped flowers that bloom in purples, lilacs and white. Those of us who cook might recognize the saffron crocus (Crocus sativus), a type of autumn crocus grown for its culinary stigmas. Its delicate lilac petals are veined in deep violet, which contrasts with the bright vermillion stigma.

One of the easiest of the autumn crocuses to grow is C. speciosus, says Dugald Cameron of Gardenimport, a mail-order nursery celebrating its 30th anniversary this year. Unlike the saffron crocus, which requires well-drained soil and a dry winter, C. speciosus is a little more forgiving, and not as fussy about soil and climate. "And it has a subtle scent, too," says Cameron. Autumn crocuses like to settle in once planted, and because flowering is triggered by cool weather, they may not bloom until November, depending on how late in the season cool temperatures set in in your region.

The second fall-blooming family is a tongue-twister called colchicum. Perhaps to make up for its awkward name, colchicum flowers are stunningly beautiful, especially the double-flowered "Water Lily."

"It clumps up well, so it will multiply," Cameron adds. The petals of colchicums are larger than crocuses, but they bloom in similar shades of lilac, violet, pink and white. They also bloom before autumn crocuses, and might surprise you by flowering before you plant them, says Cameron.

"If you want to make an impact with any bulb, you need to plant a lot," Cameron says. That means at least 20 autumn crocuses, but fewer colchicums because they're larger. "Bear in mind that these bulbs leaf out in the early spring," says Cameron. Plant them where they'll get a lot of springtime sunshine so their foliage can collect enough energy to produce flowers next fall.

"September is the ideal planting time for fall-blooming bulbs," says Gardenimport's Dugald Cameron. They have already stored up their energy in the spring, which is when the leaves appear, soaking up enough sunshine to feed the bulbs. This process is exactly the opposite of tulips and daffodils, for instance, which expend their energy reserves to produce flowers in springtime, and replenish their energy over the summer months.

A fragrant and intense clematis with a promise of two months of blooms
August 24, 2013 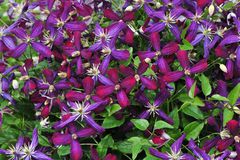 Plant now, harvest later: Why the growing season is far from over
August 14, 2013 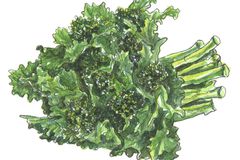 How to properly water your garden and get below the roots
August 17, 2013
Plant of the week: Geranium 'Azure Rush'
August 17, 2013
How to prevent the spread of fungal disease from your garden's mulch
August 10, 2013
Don’t worry about wisteria. You can beat it up a bit and it’ll still bloom
August 7, 2013