Most smartphone apps help you buy something – except for the latest download for shoppers. Called Buycott, it allows socially conscious users to scan bar codes as they prowl store aisles and determine whether a product's maker has any marks on its record they should consider when making a purchase. They can also create or join campaigns tied to issues that matter to them – environmental abuses, human-rights violations – and pinpoint companies to avoid. (Or support campaigns for brands they endorse.)

Since its release this spring, the app has been downloaded hundreds of thousands of times, says Ivan Pardo, its 26-year-old Los Angeles developer. But downloads are likely to multiply: Buycott is now on Apple's list of top 10 free apps – and it has been created just as the media are shining a spotlight on ethical shopping. And after the deaths of more than 1,100 workers in the April collapse of a Bangladesh garment factory (which, it turned out, supplied stores across North America), Buycott speaks to shoppers who want to do more than voice their outrage. It allows them a direct way to change the world – or at least the way they live.

It has certainly changed its creator's life, making him a bit of a darling in both tech and social-justice circles. The Globe and Mail spoke to him this week about whether technology can help us buy smarter.

Buycott seems to have touched a nerve. Why do you think this is generating more interest than traditional tools – for example, online petitions?

Petition sites don't require enough commitment from the user to actually have any effect. I've always been anxious for something beyond that.

But petitions do make consumers' values known to producers. Can Buycott users tell companies why they're not buying their products?

Absolutely. Right after users scan the product, they have the ability to tweet, call or e-mail corporations. It's very important – people need to tell these companies why they're not buying, or they'll never change.

What information is in a bar code, anyway?

All the bar code has when you scan it is a number. With the number, there are already things you can ascertain, such as a product's country of origin. The primary feature of Buycott – the ability to track the ownership structure – involved a lot of trial and error and hard work. That you can't easily get from the bar code itself.

Buycott not only tells you the brand name of a product, Haagen-Dazs for instance, but who owns it. Why is ownership so hard to trace?

Well, look at Nestlé's family tree. It's incredibly convoluted. They have a subsidiary in every country. Tracking these involves a whole lot of manual curation. There really is no way of making the information accurate without having a set of human eyes look at it. The data doesn't exist on the Internet. Wikipedia was helpful, and different websites write about the structure of these corporations, but this information doesn't exist in machine-readable form.

What if the app doesn't recognize a product?

It will ask the user for input. Right now, the majority of the data – tens of thousands of new companies – has been contributed by users. And that trend is going to continue. The message of consumer empowerment resonates with a lot of people. Even more interesting is users' ability to create campaigns to support or avoid companies. I intentionally made that a deliberate process. I didn't want people boycotting some mom-and-pop restaurant because they didn't like the service. But I did want users to be able to scan a product and check ownership against campaigns they've joined. If the app finds a conflict, it will alert you.

What's the most popular campaign so far?

Demand GMO Labelling, which aims to boycott all companies that donated $150,000 or more to oppose labelling products with contents that have been genetically modified. They include some of the 40 largest food manufacturers and agricultural companies.

I see this app as one half of what would be a much better app. The app as it stands connects products to their corporate parents. What would be even better is the chance to connect corporations to the labour that goes into making their products, the whole other end of the supply chain. If that data were available to consumers, many more powerful campaigns could be created.

For example, I'd love to see a campaign that targets fashion companies that refuse to sign agreements for fair labour standards.

Have you had negative feedback from the companies you track?

Coke issued a statement the first day the app was in the press saying that people should use the app to support Coke industries rather than avoid them. I'm actually surprised there hasn't been more push-back.

You've taken heat for developing a product for use on devices made by Google and Apple, which have taken their fair share of criticism. How do you respond to people who say you're hypocritical?

You have to work with what you have. I love Apple products. I'm not going to hide in a cave and renounce all technology because I don't agree with some practices a company has.

How did you finance Buycott?

I've been paying for it out of savings I made as a freelance programmer. The only costs were lost wages.

I'm not going to be able to afford it much longer, though, so we'll probably raise a small round of funding. For the first 16 months, it was just me, but since then, I found a talented friend who is willing to help migrate our servers to a hosting company capable of handling the load we've been receiving. 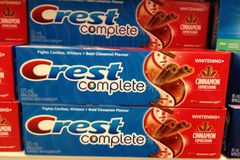 Ask the Kielburgers: Where can I get ethical shoes?
October 17, 2011 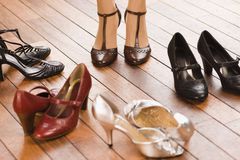