Earlier this year I spent a week banishing procrastination one teeny tiny act at a time by attending to every task that took less than two minutes to accomplish – no dirty dishes left in the sink or beds left unmade. This made an enormous difference in creating some domestic bliss. But of course, these quick and dirty tasks only make up one section of a typical to-do list. This week I challenged myself to attack a more long-standing goal – something that has been collecting cobwebs on the back burner for years. Most of us have at least one or two of these headaches: quit smoking, clean out the storage space, get in touch with an old friend. You mean to do it, and then all of a sudden you blink and it's 10 (okay fine, 11) years later. So goes the story of me and my driver's licence, the short version of which is as follows:

I got my licence about 17 years ago under the graduated licence regulations in Ontario. I drove for five years, and then kept putting off taking my final highway test before the stage one licence expired. That was 2001, and about once every month since I have vowed to get back behind the wheel. It's totally illogical – I want to drive (especially since I pay half the lease on the car I share with my boyfriend), my life would be a million times more hassle-free and I would save a bundle in cabs. Where does this inertia come from? And would this burst of stick-to-it-ive-ness be any different?

To learn a bit about this disconnect between desire and results, I spoke with Dr. Timothy Pychyl, an associate professor of psychology at Carleton University who specializes in the study of procrastination. I asked him how and why I could have possibly allowed more than a decade to elapse between the time I set the goal to re-earn my licence and today. He responded by asking me what I meant by "set a goal." (Um, er, I dunno – it's been on my list.) According to Pychyl, when we are truly committed to getting something done, we are specific about the details (next Wednesday at 2 p.m., I will take my driver's test) as well as any required preparation (which means I will have to set aside Monday and Tuesday evening to study).

Conversely, the perpetual putting-off cycle is what's known as intransitive preference, meaning that while we might always prefer to get something done in the hypothetical wasteland of "tomorrow," we will eventually realize that these short-term decisions to delay do not actually represent our ultimate preference (to be able to drive my car).

There is also the matter of priority, which explains why I have taken public transit in the pouring rain to pick up the new season of Damages on DVD, but can't seem to get it together to take a ridiculously easy test. "It's obviously not actually that important to you," Pychyl deduced. And he's right. There is a difference between knowing you should do something and actually wanting to do it. (I blame my enablers – a driving boyfriend, a centrally located home and the taxi industry.)

Setting the stage for success

Earlier this morning, I officially became licensed to drive (in the province of Ontario, with a chaperone, off the highway, between the hours of 5 a.m. and midnight, with a blood alcohol level of zero). You may think I was cheating by backing myself into a corner, but in fact, turning the procurement of my licence into a professional obligation is an effective accomplishment strategy known in psych circles as leveraging self-control. Most of us tend to be more responsible in some areas of our lives than others. I certainly try to be more accountable and goal-oriented with my writing, and so by turning Operation Road Warrior into an assignment, I made it far more likely to happen.

When I asked friends to list the back-burner build-up that was driving them crazy, a few mentioned dealing with their wedding photos (selecting, printing, getting them into an album etc.). The key, as mentioned, is creating stakes that matter to you personally, so if you happen to be the sort of person who can't stand to lose face in front of your mother-in-law, it may be time to invite her over for a viewing (then see how quickly you get those snapshots in order). We can't necessarily decide what's important to us, but we can stack the deck a little. More often than not that's all it takes.

The next challenge: Do you waste way too much time on your wardrobe: deciding what to wear, folding laundry, changing several times in a day? Put your personal style on auto-pilot by adopting an all-purpose uniform. Do you have more time? Less stress? Or do you miss the self-expression? Share your experience at fb.me/globelifestream We are what we eat: Why I took the time to learn how to make pie from scratch
October 21, 2012 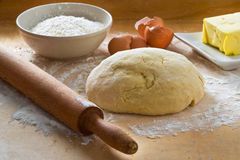 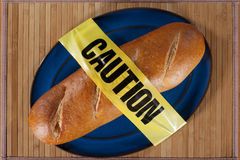