Nearly two years after completing her university degree in environmental studies, Amanda Christie still did not have a job in her field. She was teaching snowboarding in the winter in her hometown of Collingwood, Ont., working as a food and beverage supervisor at a golf course in the summer and pondering a career in resort management. Her mother made a suggestion: Why not pursue a trade?

"My mom was a co-op teacher, so she kind of knew what was going on in the working world," the 30-year-old says.

Christie is now completing an apprenticeship to become a licensed electrician. When she was applying to university, such a career never crossed her mind. But it makes good sense: It means learning something interesting and a practical guarantee of a well-paying job – one that doesn't tie her to a desk.

The shortage of skilled tradespeople in Canada has been flagged by the building industry as cause for concern for more than a decade, but as time goes on – and current demographic trends continue – it may soon reach crisis proportions. Canada is looking at a shortage of one million tradespeople by 2020. The average age of a tradesperson in Canada reached 40 in 2007, four years older than it was in 1987. The average age of welders is 56. The average framers and finisher are also in their 50s.

In a clear sign that not enough is being done to encourage Canadians to enter trades, the federal skilled trades program began accepting applications last month from tradespeople who want to become permanent residents of Canada. There are simply not enough young people pursuing trades to meet the demand. And the difficulty in finding skilled tradespeople in the housing industry– framers, carpenters, drywall installers, among others – has greatly extended construction project timelines.

"We used to take a single-family house from breaking ground to occupancy in three to four months, and we did that for many years. Now, in most places, we're anywhere from nine months to a year," says Ron Olson, president of the Canadian Home Builders' Association.

In some parts of the country, condominium projects that would normally take a year to complete could take at least two because of the shortage, he adds.

The problem is baffling to people like Olson, especially at a time when the unemployment rate stood at 7.1 per cent in December and the youth unemployment rate was at 14.1 per cent. Most trades pay well – a good framer can make in excess of $100,000 a year, he says.

If there ever was a time to fuel a boom in young people pursuing skilled trades, it is now. The valorization of working with our hands coupled with the demand for tradespeople (not to mention the shakiness in the belief that a university education will get you a job) should produce a flood of interest in the trades.

To help high-school students and their parents rethink the assumption that a university education is the best path to success, Jim Galloway, the co-ordinator of welding programs at Conestoga College in Kitchener, Ont., has held open houses to explain the benefits of learning a trade. He says graduates of the school's welding techniques program earn an average salary of $60,484 a year.

The barriers tradespeople face in moving from one province to another must also be addressed, Galloway says. For instance, people who complete a welding program in Ontario but can't find an apprenticeship program in the province can't get work in Alberta, which requires such a program. "It's very difficult to find an apprenticeship in Ontario, if not impossible," he says.

Across the country, many employers are reluctant to take on apprentices for fear that it will hurt productivity, says Sarah Watts-Rynard, executive director of the Canadian Apprenticeship Forum, a non-profit organization based in Ottawa. Employers would rather hire someone with experience, so they can hit the ground running.

"There's still this myth out there that it's going to cost them to train people," says Shaun Thorson, chief executive officer of Skills Canada, a non-profit organization that promotes careers in skilled trades.

Christie landed her apprenticeship program through one of her college teachers, who hired her. But she says it's not an easy process.

It is a major factor in the shortage of skilled tradespeople, says Yves Blaison, chief instructor of carpentry at the British Columbia Institute of Technology. "We have the people interested in being trained, but there's no opportunities for apprentices," he says.

The result is longer timelines and higher costs for property developers, which then get passed on to end users, says Michael Siskind, president of Decade Homes, a Toronto-based real-estate development company.

Often, the tendering process for projects see subcontractors asking for hugely inflated rates because, with a lack of a competitive marketplace, there is always the chance that a developer in need of tradespeople will agree.

"Let's say a subcontractor of your job should be $1-million. You put it out to tender and someone might come back with $1.8-million or $2-million. They know they shouldn't get that, but if they do, why not?" Siskind says. "It ends up costing the end consumer because there are fewer people vying for these jobs."

Andrew Pond, a 24-year-old enrolled in the carpentry program at the B.C. Institute of Technology, said that finding an apprenticeship was not difficult. But it must have helped to have a family connection – "my uncle knows the guy who runs the business," he says.

His mother, who is a high-school principal, and his father, a consultant, fully supported his desire to become a carpenter. His father was particularly happy with the choice, since it meant getting his help with home-improvement projects, Pond says. "My dad has been doing home renos ever since I was 5, so he was pretty excited." 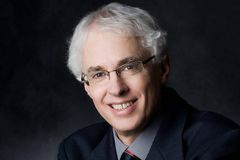 Labour shortage? Bring in the Jamaicans
September 8, 2008
Follow Dave McGinn on Twitter @Dave_McGinn
Report an error Editorial code of conduct
Due to technical reasons, we have temporarily removed commenting from our articles. We hope to have this fixed soon. Thank you for your patience. If you are looking to give feedback on our new site, please send it along to feedback@globeandmail.com. If you want to write a letter to the editor, please forward to letters@globeandmail.com.
Comments