Mommy bloggers are up in arms over a baby outfit's cheeky logo that has led retailer Old Navy to apologize to offended customers.

At issue? An air-force-style insignia on a dark green boy's onesie reading "Formula Powered." The outfit has enraged breastfeeding advocates across North America.

A number of mom bloggers have linked to the $5 (U.S.) item on Old Navy's website while calling for a boycott of the chain, casting the item as a propaganda tool of the formula industry.

Cate Nelson of the green parenting blog ecochildsplay.com wrote about the outfit on Sept. 13: "As if the formula industry didn't have enough power … now your baby can empower it with this adorable onesie. Yuck, right?"

She and others are posting both the Old Navy corporate contact information for complaints and the form letters they have received back from the company.

Canadian breastfeeding expert Jack Newman has also waded into the controversy. A letter he wrote last week about being "shocked" by the logo is being circulated on websites including iinformedparenting.blogspot.com and drmomma.org.

"What would you say if a pregnant mom had a maternity shirt that said 'CIGARETTE POWERED!' ?! You would probably freak out," she wrote.

This case is just the latest to illustrate the growing power of the mom-blogging demographic. A study done last year by the website BabyCenter found that 60 per cent of U.S. women's online conversations include a mention of brands or products. A growing number of those mentions can knock brands back on their heels.

Just ask Pampers. After an Internet-based outcry this spring about their new diaper design, Dry Max, causing rashes in babies, Health Canada and the U.S. Consumer Product Safety Commission launched investigations. Earlier this month, both bodies released their findings: there was nothing in the diapers causing those rashes.

And formula companies are often under fire, with activist bloggers reminding them of the World Health Organization's international code urging member states to curb the advertising and promotion of "breast-milk substitutes." In a recent case, alarm bells were sounded by blogs - such as the Canadian phdinparenting.com - after formula samples were included in gift bags given to guests (including several mom bloggers) at an event hosted by StrideRite/Robeez last month in New York.

It's a climate that presents a major challenge for companies, observers say. A few years ago, social media was considered the new frontier for effective viral marketing. Now, the virus can infect back.

"This is handling fire. It's not just a cheap, easy way to get to your customer, but it's a very volatile medium," said Jay Handelman, an associate professor of marketing at the Queen's University School of Business.

It's also one in which those calling for boycotts can achieve an almost celebrity status, says Prof. Handelman, who has studied the nature of boycotters.

"That's what drives a lot of this independent, user-generated content, or the shots taken at companies," he said. "Not taking away the fact that people have their beliefs and concerns, but, [some think]'Boy, if I can get 10,000 people or 100,000 people talking about my issue, it puts me at the top of a pyramid.'" What's more, Prof. Handelman and other observers said a little controversy isn't necessarily a bad thing for companies.

"Perhaps it's a ploy on the part of Old Navy to generate some buzz," said behavioural economist Dilip Soman of the University of Toronto's Rotman School of Management.

Victoria Kirk, a Canadian spokeswoman for Gap Inc., confirmed that the outfit came to Canadian stores early last month and has sold out in at least one location.

"We're so sorry some customers were disappointed with the graphics on the baby bodysuit. At Old Navy, we strive to offer great clothing at affordable prices for the entire family, so it is never our intent to cause any offence by our products or services," she said.

In fact, there's the hint of a reverse boycott brewing. A poster called Anonimom commented on a story about the issue at the parenting blog Strollerderby.

"I'm going to go and buy something from Old Navy today to protest people who call for silly boycotts."

Editor's Note: The event in New York last month where baby formula samples were distributed was not part of the BlogHer '10 conference. This story has been updated from a previous online version to clarify. 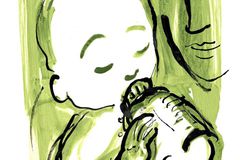 Disagreements over childrearing are growing cause of divorce
September 13, 2010 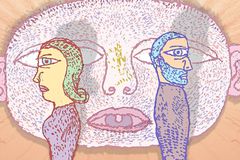 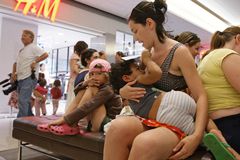