There's a new type of frosh populating university campuses: they sip coffee instead of soda, sport grey hair and can be heard chatting about their children and whether their spouses have access to the student health-care plan.

Universities across Canada report a growing number of mature undergraduates - typically adults older than 25 who have taken more than a year off school - who are choosing to study full-time in order to find new careers or increase their competitive edge in a job market that is still reeling from the economic downturn.

"They really understand that in order to advance in their careers they need that education," said Norma Sue Fisher-Stitt, director of the mature students centre at York University in Toronto. "And they're willing to get it as quickly as possible."

For some who are unemployed university offers them a place to shelter out the storm. Others see a degree as a way to bolster their chance of keeping their job. "In the current economic environment there are people who feel they're vulnerable without a degree," Ms. Fisher-Stitt said.

A 2009 study by the Association of Universities and Colleges of Canada found that full-time enrolment for students of all ages had increased by more than four per cent that year, and speculated that the economy was the driving factor.

At York, one fifth of the student population in the last academic year were mature students, and 61 per cent of the mature students were enrolled full-time. Those numbers have steadily increased over the past four years, Ms. Fisher-Stitt said. Charles Crosby, spokesman for Dalhousie University in Halifax, said that almost all of the mature students registered for 2010 are full-time. It's the same at McGill University. And at Royal Roads University in Victoria - a school that targets mature working professionals - enrolment for full-time mature graduate students has increased by 14 per cent for the upcoming academic year.

Victoria Cameron, 40, is about to start full-time classes at Laurentian University in Sudbury. The mother of two teenagers plans to work toward a biomedical science degree, and hopes to go to medical school. She went straight into the workforce after high school, and then she and her husband decided to start a family.

"It's always been my goal to return to university and finish my education," Ms. Cameron said.

A 2009 report by the Canadian Council on Learning found a high rate of participation among older learners. According to the study, participation rates in formal job-related training among adults aged 45 to 54 rose by six percentage points to 34 per cent between 1997 to 2002. The most common reason for taking post-secondary classes for people aged 25 to 54 was to find or change jobs.

"How many people are here to advance their careers?" Brian Poser, associate director for York's mature student centre, asked a room of 130 new mature students during this week's orientation. Nearly everyone raised their hand.

Some mature students, such as Patricia Van Oostveen, are taking classes for the pure pleasure of it. They are studying topics they were not able to study when they first entered the work force. Ms. Van Oostveen, 49, has just enrolled full-time in the bachelor of fine arts program at York. Her first classes start Sept. 13.

"I wouldn't have done a bachelor of fine arts 32 years ago," she said with a grin.

Ms. Van Oostveen quit her job as a financial planner in order to go back to school. Her husband and children are extremely supportive, she said.

But not all aspiring mature students are able to make the life changes needed in order to go back to school. The Canadian Council on Learning study found that, in 2002, the top barriers to pursuing education or training in people aged 25 to 64 were financial constraints, work conflicts and family responsibilities. About 28 per cent of the working-age population wanted to pursue training in 2002 but could not because of money worries.

Many older learners can't qualify for government tuition assistance if their family income is too high. Ms. Van Oostveen has taken a part-time retail job while she attends classes. Ms. Cameron plans to work flexible but full-time hours while she goes back to school, balancing around 20 hours of class and 35 hours of work each week. She had to dip into her savings in order to pay her tuition, she said, and her family has had to make sacrifices such as forgoing vacations and meals in restaurants.

"It's always been a concern to make sure I can juggle all the balls that are up in the air," Ms. Cameron said.

Adult learners tend to face more challenges when they do decide to go back to school. They often have more responsibilities, such as caring for their families or keeping a job, Ms. Fisher-Stitt said. Doubt in their own abilities as students is another major anxiety. Many mature students worry that they won't be able to keep up with their younger classmates in a formal learning environment.

"I haven't written a paper in over 20 years," Ms. Van Oostveen said quietly. But, despite her fears, she said she had no doubts about wanting to jump in with both feet. 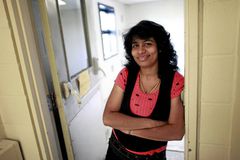 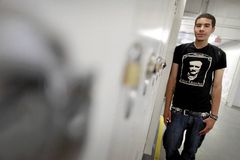 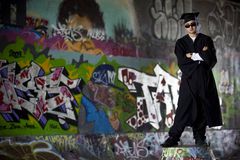