"Cody, do you know you have a number of stains on your shirt? You can't go to school looking like that."

"Hannah, maybe you need to use a little more shampoo when you wash your hair. It still looks greasy."

"Dylan, you know sometimes when I hear you talking with your friends, your voice gets maybe a little too loud. It's kind of noticeable."

Teens have so many of these little flaws that can cast them in a less than favourable light. Little flaws that make them appear less attractive, more awkward then they would want. And people do notice. He chews with his mouth open. She often doesn't pronounce her "r"s clearly, and it's hard to understand what she's saying. Sometimes he doesn't shower often enough, and he smells. The end of his belt hangs down too much. He picks at his ear - I don't mind it at home, but I've seen him do it in public. She makes statements of fact that are totally wrong, and she says them with such authority that it makes her look stupid.

All along we have been caring for them, shaping them in preparation for when they finally will leave the nest. It's second nature for us to want to maximize their chances of survival out in the world. It is the essence of parenting. They do not, however, always fully appreciate our efforts.

"I can't believe it. I think my mom stays up late at night trying to make lists of things she can say to me that are totally embarrassing and hurtful. She thinks I'm some kind of little kid. I can take care of myself, thank you. I don't need her to point stuff out to me. I'm just fine."

"I know how much they hate it when I say anything. My Wesley absolutely goes berserk. But I'm only doing it for his own good."

"I worry about 10 years from now. He's out there on his own - and he's still doing it. It can hurt him. It can hurt his chances at getting jobs. Or girlfriends."

Let's give Wesley's mom a glimpse into the future. He's 26 and meeting his girlfriend's parents for the first time.

"Omigod, he's doing it. He's picking his ear. Just like I was afraid he would. Wesley! Wesley! Stop picking your ear!"

Maybe there's some way of presenting your reproof that would be more palatable, a way of talking about the issue without mentioning them so that they can receive the message without feeling singled out. That's not likely:

"Lawrence, let me show you this hysterical video I pulled off the Internet. It's about this kid who comes to school with his pants really, really low, which he thinks is cool but it's not and he looks real dorky, and everybody is laughing at him behind his back. It's really funny."

"Mom, you paid money to have a video made of some kid who's a paid actor. That is so lame. You did, didn't you?"

There isn't an easy way to dance around the issue. They feel it's demeaning to have you point out their social gaffes. They feel you aren't giving them the respect that is their due - that if anything, you are holding them back from learning to be independent, fully responsible for their own lives. They feel they're mature enough to manage their life and their appearance without any of your help.

"My mom treats me like a little kid. That's going to help me grow up?"

They may change these awkward habits on their own. They may learn from what others may say to them.

"Dude! You pick your ear all the time. What's wrong with you?"

But they may not.

So what do you do? I believe you should tell them. Not all the time. And if they have many flaws, all of which you notice, you do have to pick and choose - only the ones that you think really need attention.

"Jackson, you're just too heavy to wear those tight polo shirts. They're really not very flattering."

The sobering fact is that nobody else may tell them. The little flaws might stay. They could be a problem in the future. Telling them embarrasses them, they do hate it, but I would tell them anyway. But also, be prepared that they may return the favour. 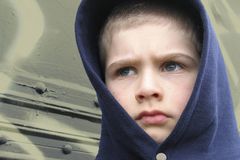 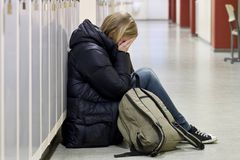 No nagging, lecturing or arguing: Three tips for parents of teens
January 6, 2011
Follow us on Twitter @globeandmail Opens in a new window
Report an error Editorial code of conduct
Due to technical reasons, we have temporarily removed commenting from our articles. We hope to have this fixed soon. Thank you for your patience. If you are looking to give feedback on our new site, please send it along to feedback@globeandmail.com. If you want to write a letter to the editor, please forward to letters@globeandmail.com.
Comments