Are women who never marry happier than those who put a ring on it?

British behavioural scientist Paul Dolan ignited a firestorm of controversy recently when he claimed that wives are “miserable,” while women who opt out of marriage and kids lead much better lives. Dolan suggested that while marriage makes men happier and healthier, the opposite is true for wives: “If you’re a man, you should probably get married; if you’re a woman, don’t bother,” he told the crowd at the Hay literature festival in Wales in May.

Dolan, who included these ideas in his new book Happy Ever After: Escaping the Myth of the Perfect Life, was forced to walk back some of the claims after American economist Gray Kimbrough found they were based on a flawed analysis of the American Time Use Survey. The study reported that married women were actually a touch happier than unmarried women with no kids at home, although the figures were close.

Even so, Dolan’s comments provoked heated debate. On one side of the battlefield, proponents of the traditional family, and on the other, advocates for singles, with one female columnist urging women to save themselves and join a marriage strike.

The intellectual tussle made one thing clear: Deep fissures remain between the married and single camps, this despite the myriad choices now available to couples, be it casual, open, monogamous, cohabitating, living apart together or long-distance relationships. In particular, experts said, the controversy laid bare anxieties that persist around how women choose to structure their lives, this as men get spared the married-single queries.

“Everybody seems to love to tell women what to do,” said Marina Adshade, a faculty member at the Vancouver School of Economics at the University of British Columbia who has researched intimate relationships.

When Adshade initially read Dolan’s claims about miserable married women, she felt smug. “I’ve been single for 23 years – blissfully single, enthusiastically single,” Adshade said. “When I first heard it, I thought, ‘Ha, that’s kind of interesting.’ You have your life choices validated.”

As it became clear that Dolan’s most incendiary claims were based on a misreading of data, Adshade argued that such proclamations are harmful not only to wives, but also to husbands. “It made married women feel like society was telling them they’d made a poor choice,” Adshade said. “And it sends the wrong message to men as well – that the person they’re married to would be better off without them.”

How feminism fails the infertility conversation

All of this antagonism, even as Canadian data show married and unmarried women really aren’t worlds apart as far as their life satisfaction goes: "There’s not big variation,” Adshade said.

On a self-reported happiness scale of zero to 10, married women clocked in at 7.97, with single women trailing not far behind at 7.39, according to the 2016 General Social Survey on Canadians at Work and Home from Statistics Canada. When asked to rate their life satisfaction from zero to 10, married women ranked just five percentage points higher in the seven or above category than women who had never married, according to data provided by Statistics Canada from the agency’s 2017 General Social Survey on families.

Despite such humdrum statistics, this conversation continues to breed animosity because people still take the life choices of others personally, Toronto psychologist Sara Dimerman said. Many still like to see their own big decisions reflected back at them; when others choose to live differently, it can be jarring. For some couples who wed because of family pressure, watching people breezily opt out of marriage can feel like an affront, Dimerman said.

“‘Are we normal? Are they normal?’ It’s about making sense of what you’ve done,” said Dimerman, who has written two books for married couples.

These misgivings seem most pronounced among women, said Vicki Larson, journalist and co-author of the 2014 book The New I Do: Reshaping Marriage for Skeptics, Realists and Rebels. “Married and single women still want to convince each other that they’re having it the best,” Larson said. “I hate that we feel that we have to say who’s happier.”

Larson noted that women still face continual social cues and expectations from family and friends to pair up, especially when they are in their child-bearing 20s and 30s. She questioned how this affects single women’s responses to polls about their happiness: Maybe they are satisfied with their lives, but weighed down by the constant pressure around them to marry and procreate.

"The script says you have to be in a romantic relationship to have a good life. It’s very hard to bust that,” Larson said. “If you feel in your gut that this isn’t true for you, you have to be quite confident and strong to be able to ignore it and go about living your life.”

As far as happiness goes, Dimerman said measures such as the one Dolan misread are ultimately too simplistic to capture the complexities of women’s lives. In her therapy practice, Dimerman has counselled married women who felt more supported but less free than single women, and she’s spoken to unmarried women who experienced less conflict than their married counterparts but also felt lonelier. “I’ve heard as many single women express satisfaction with their lives as those who live with regret and disappointment. The same is true for married women,” Dimerman said.

Larson agreed, arguing that we are still asking the wrong questions about women’s happiness: "Happy is an emotion that comes and goes.” 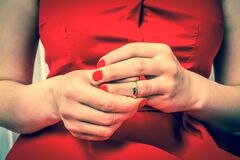 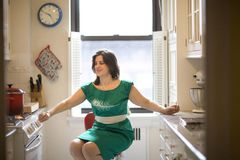 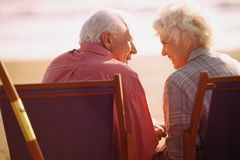