Are you resolving this New Year to be a little more saintly? Jana Riess tried to be. The U.S. writer embarked on a mission to become more generous, more spiritually enlightened, more grateful and beneficent.

Every month for a year, she adopted a different faith-related discipline. She fasted, she studied the Bible, she abstained from all kinds of shopping beyond her weekly groceries, she tried a modified version of Orthodox Jewish Sabbath (which she observed on Sundays instead of Saturday, as per tradition), and she raised money for charity.

It didn't work out as she hoped. By the end of the year, Ms. Riess, who wasn't raised in any particular religion and converted to Mormonism in her early 20s, had fallen short on every single practice. But as she reveals in her new book, Flunking Sainthood: A Year of Breaking the Sabbath, Forgetting to Pray, and Still Loving My Neighbor, her spiritual failings weren't for naught.

Speaking from her home in Cincinnati, she explains to The Globe how she discovered one needn't be perfect to do good.

What did you hope to achieve through those spiritual practices?

Setting out, my biggest goal was experimentation and exploration. I wanted to try practices that I'd read about or that my friends had done. I have a friend who's Muslim and I had talked to her at length about Ramadan and what that's like to fast for a month from sunup to sundown. It turns out it's really hard. It's very, very hard.

It seems you didn't exactly fail in some of the practices.

With fasting, I did adhere to the letter of the law, unlike when I tried to be vegetarian for a month and cheated on that, which was lame. But with fasting, I found that I was doing it for selfish reasons, like hoping to lose weight or hoping it would be a self-improvement practice. It also pointed out to me how much I wished there were some talisman I could use to manipulate God into doing what I wanted.

I think sometimes people do fast with that in mind. You know, like: "If I fast, then God is going to honour that sacrifice and heal my child." I don't think God works that way.

You mentioned some of the spiritual gurus you tried to follow were pretty tiresome. Is it possible to be saintly without being smug?

I think it's imperative that we be real about who we are and the fact that we fail. Especially if we do achieve any success or enlightenment in certain practices, we need to hold that lightly and realize that the practices don't exist simply for our benefit, but so that we can benefit others. Fasting, prayer, they're all very well, but the point is to bless the world. The point is not just for you in your own little world to be enlightened or achieve some goal, but to help humanity.

What was the hardest practice you tried?

For me the hardest was the Centering Prayer [a practice similar to meditation] Other people take to it like a duck to water – totally not my experience. I'm more of an active, doer person than I am contemplative and it was a painful realization that I could not sit still for 20 minutes and just pray. My mind just kept jumping from one thing to another. But that same month I discovered the Jesus Prayer [a short, simple prayer repeated almost like a chant] which for me, was much more beautiful and also realistic to put into my life. I still say the Jesus Prayer almost every day.

Have you continued any others?

The Sabbath, to some degree. I'm not pre-shredding my toilet paper before the Sabbath begins [all forms of work, including the act of tearing, is off-limits]and I'm not saying I can't drive a car, but I've been more mindful, for example, about turning off my computer on Saturday night and I don't turn it on again most weeks until Monday morning.

How does that make you more spiritual?

You're carving out space for other things, including greater time spiritually, time for going to worship or just sitting at home praying, thinking about God. Frankly, I spend more time hanging out on Sundays than I do with intentional spiritual practice. But if you don't have any sort of rest that is pencilled into the calendar, there's a general kind of crankiness that comes when we don't get the rest we need.

You mention your father was a staunch atheist and you weren't raised in any religion. Why did you seek it out?

Can you be saintly without spiritual practices?

Yes. In the epilogue I talk about how my brother and I go to say goodbye to my [estranged]father on his deathbed, and I felt this was when the spiritual practices crystallized for me and I realized they had helped to change me into the kind of person who could forgive him from my heart.

But I'm standing next to my brother, who is also forgiving our dad from his heart, and he's an atheist. He was able to do that without any of the gymnastics that I engaged in. I think spiritual practices are probably more necessary for some people than they are others. For me, they are helpful – some of them – but other people can be blessings for humanity without these things.

How to survive gridlock like a Buddha
April 30, 2018
Why we should stop comparing ourselves to others
May 3, 2018 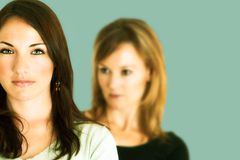 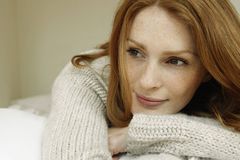