A reader writes: My husband and I have been married 11 years and have three kids (one's an infant). Before my 39th birthday I tried to suggest that I wanted a romantic gift. Not expensive – just something he put some thought into. He gave me a bathroom scale and a hot water bottle from the drug store (the only store open Sunday). I already feel fat and old – I wanted to throw them at him. I tried to explain my disappointment – and he called me ungrateful. What should I do?

Ask yourself a hard question: Is your husband capable of being romantic in the way you are suggesting? Especially with a busy family life, the idea that you can nudge or be coy is naive. Also, I will play the gender card, and say that sometimes women give the impression they're the only ones overwhelmed by raising young children. Maybe your husband just doesn't have the time to create the situations you want and it may be up to you.

The drug-store buy seems like a last resort, but he may have been addressing what he hears from you – I'm fat, I'm cold, etc. Men are solution oriented. He obviously missed the romantic part: Some people need to be flat-out told. If the gift is in keeping with his usual modus operandi, move on and be more specific next time. If he is generally thoughtless, then you have bigger problems.

I'd say the love is gone. He's signalling that you'll need something else to keep you warm in bed as he's on the move. You deserve better, but you won't get better unless you change your self-defeating attitude. At 39 you are in your prime, so get out of the house and build your self-confidence.

Don't listen to Fiona. My God, if every woman abandoned her husband whenever she received a disappointing gift, we'd be well on our way to forging a modern-day Amazonia. And let's face it my hetero sisters, for all our fish/bicycle bloviating, we don't want that. We love our fellas.

So gather round, as I have sobering news. The fellas? Sometimes they just don't get it, gift-wise. But you have to shoulder your share of blame, ladyfriend. "Trying to suggest" the type of present you want is right up there with "If you were paying attention, you'd know why I'm angry" in the female Top 10 Ways to Make Your Man Sob With Frustration.

My friend M. tells a story about the time she insisted to her husband that she "didn't want a fuss" for her birthday. He took her at her word and did not so much as wish her many happy returns. Perhaps you find this appalling (M. certainly did), but you have to admit the guy did exactly as requested.

The moral is that men are not mind readers. They will listen to actual words over vague hints and snarky tones every time. You can't hint a man into bestowing the ideal gift that displays all the love, appreciation and understanding you feel is lacking the rest of year.

Frankly, you can't hint a man into displaying it the rest of the year either. Sometimes you have to 1) Tell him you need it and 2) Ask him to provide it. If that strikes you as unromantic, keep in mind that every relationship arrives at this point. This is what people mean when they say that relationships need maintenance; maintenance requires unromantic conversations. Take this birthday debacle as the red flag it is, sit your husband down, and start one.

Lynn Coady's most recent novel is The Antagonist.

A reader writes: My best friend was happily dating a man for several months – until he broke up with her via text message. My friend was devastated. Now she tells me she is pregnant and she is going to keep the baby but not tell her ex. I told her that as the father he has a right to be told. She refuses. How can I persuade her? 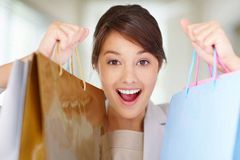 My wife is jealous that I had drinks with my ex
September 22, 2011
Follow Lynn Coady on Twitter @Lynn_Coady
Report an error Editorial code of conduct
Due to technical reasons, we have temporarily removed commenting from our articles. We hope to have this fixed soon. Thank you for your patience. If you are looking to give feedback on our new site, please send it along to feedback@globeandmail.com. If you want to write a letter to the editor, please forward to letters@globeandmail.com.
Comments