The photo of Patti McGee, first female professional skateboarder, appeared in Life magazine in 1965. It shows McGee in motion, standing on her hands atop the board, barefoot and kicking the blue sky in white capris, her bangs dangling.

She looks strong and fearless, words that could apply to most photos included in the new coffee-table book Tomboy Style. Author and blogger Lizzie Garrett Mettler divided her collection of chic tomboys throughout history into categories such as "The Rebel," "The Prep" and "The Girl Next Door." The clothes change over the years, but the women, famous and otherwise, share McGee's insouciance: There's it-tomboy Alexa Chung, ruffled Patti Smith, singer Janelle Monáe in a tux, Tatum O'Neal and Kristy McNichol in their Little Darlings gym T-shirts – all with a bent of self-possession.

I intend to show the book to my six-year-old daughter, who recently announced: "You might not know this about me, but I am a tomboy." What does that mean? "It means a girl who does boy things and doesn't care."

But wait – are there still things boys do that girls don't? What the hell happened? Slicing the territory of childhood along gender lines was supposed to have ended long ago. I did my part in the seventies, dancing to Free to Be … You And Me in my gauchos and bowl cut. In a 1988 Los Angeles Times article called "Demise of the Tomboy," a University of Wisconsin professor noted, "Sex roles have liberalized so much. All the kids wear jeans and play on athletic teams. It [tomboy behaviour]just isn't an issue. The term feels dated to me."

And it is: According to the Oxford English Dictionary, the term "tomboy" appears in 1553, applying not to girls but – rather affectionately – to bad boys prone to "whiskying." By the end of the 1500s, it had come to mean "a girl who behaves like a spirited or boisterous boy; a wild romping girl; a hoyden." For girls, "tomboy" was no compliment.

Now that "girl power" competes with push-up bras for the hearts and minds of prepubescent girls, the meaning of tomboy is fuzzy. Certainly, in this corner of the world, there's increased awareness of gender-identity issues. According to the medical journal Pediatrics, the number of teens and children receiving sex-changing treatments is growing. The study reported that one in 10,000 children feel they were born in the wrong body. Perhaps this terrifying idea - imprisoned by the self - has become a little less abstract and less stigmatized since wending its way into pop culture, as when Warren Beatty and Annette Bening's daughter Kathlyn publicly transitioned into a man. And Chaz Bono's appearance on Dancing with the Stars gave substance to his statement "Gender is between the ears, not the legs."

Of course, being a tomboy isn't the same as being transgendered. But just as we're slowly beginning to understand the spectrum of gender "non-conformity," up rises an old-school tsk-tsk. Not only was Bono crucified by the family-values titans (upholding the wholesomeness of … Dancing With the Stars?), five-year-old Shiloh Jolie-Pitt is frequently skewered in the tabloids for her tomboy look: "Why is Angelina Turning Shiloh Into a Boy?" queries Life & Style (adding a dash of mom-hating to its child-stalking). Shiloh wears pants and prefers short hair, and her famous parents have said that she wants to be called John. For this, commenters go wild: "Dress this girl like a girl. No wonder kids are so messed up these days."

The tomboys of lore, the Scouts and Jos, wanted to take on those traits that were rewarded in boys – rowdiness, adventurousness, independence – and reviled in girls. In one 1998 Rutgers study, grown women who had been tomboys explained their reasons why, many offering a simple explanation: They wanted to have more fun. I remember watching the tomboys with envy, the girls who could slip in and out of the world of boys, kicking ass on the soccer field and climbing the trees. But I was unco-ordinated and self-conscious; I could never be free of the burden of girlhood, even though I wasn't very good at that either – too gangly, too bookish.

Looking at the Tomboy Style book, I remembered what I envied of my tomboy peers. They weren't beholden to the anxiety of being female. They, as my daughter put it, "didn't care." The women in the book are stylish and gorgeous (they get the best clothes, too: jeans and button-downs and boots), but they're not the waxed, rexie young portraits of femininity that dominate today's media. A famous young actress today is more likely to appear in Esquire with a geyser of fizzy water in her face than a paddle in her hand.

Surely, by now, such intrigue isn't reserved solely for the hoydens? 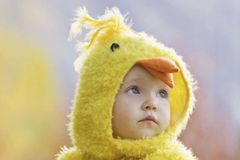 Do children really need to be gender-free?
July 7, 2011
Follow us on Twitter @globeandmail Opens in a new window
Report an error Editorial code of conduct
Due to technical reasons, we have temporarily removed commenting from our articles. We hope to have this fixed soon. Thank you for your patience. If you are looking to give feedback on our new site, please send it along to feedback@globeandmail.com. If you want to write a letter to the editor, please forward to letters@globeandmail.com.
Comments