The question: My wife and I are both 49 and have been together for 23 years. Our marriage is wonderful in every way – except that for most of the last 19 years, she has not been interested in sex. She seems to tolerate it, but is passive and never initiates it. I cannot tell you how dispiriting it is to have a long-term sexual partner with very little willingness and enthusiasm for the deed!

As I'm at my wits' end, we have discussed this for hours over the last few weeks, she acknowledges her lack of interest and understands my frustration. In fact, she's given me the green light to get this all out of my system by having casual sex with others. So what now – Internet dating? the bar scene? prostitutes? Am I just playing with fire?

The answer: I'm stumped – and saddened by your question. As a single girl, your long, happy marriage is something I envy. I wish you could tell me the passion is still burning hot. But because the embers have died down, my knee-jerk reaction is, "Yes, go have your sex! Be free!" Then I started waking up in the middle of the night, worrying that this advice would ruin you and your marriage. If I'm this befuddled, I can only imagine what you're going through.

My advice – call me a prude – is to direct your energy toward your wife, not your extracurricular aspirations.

Let's get this out of the way though: never, ever – ever! – go the prostitution route. That is playing with fire (and STDs, crime, all kinds of things a lovely middle-aged man and concerned husband shouldn't be near.) Repeat after me: Do not pay women for sex.

My other caveat is that I don't believe your wife is giving you this "green light." I can almost hear her saying that at dinner, as she forks the meatloaf a little too aggressively. She may have said it – but her language choices, to "get it out of your system" leaves me to believe otherwise.

I have told many a man "sure, that's fine, if that will make you happy," and not meant a word. Sure, you go on your cottage trip with the boys – I'll go solo to my family wedding, that's totally fiiiiiine. (Completely convinced he'll figure it out, and shocked and hurt when he doesn't.)

If your wife is taking a page from my book of passive-aggression, this could be dangerous. Have you explored the reasons why she's just not that into you? And why have you only been talking for hours in the last few weeks – instead of the last 19 years?

I consulted a team of experts in the field, literally: my beer-league softball players – consisting of mostly middle-aged, mostly married men – who empathized with your situation and gave a very quick response: Fifty Shades of Grey.

They told me that one copy circulated around the team: After one wife was done with it, another guy would borrow it – before long, they were all bragging on the bench about how their wives had transformed from cold fish to "animals in the sack."

Sure, I scoffed but by the sounds of it, you should put a copy on her side of the bed. (I also told my team that I want to be the next in line.)

I should tell you that they all envy your situation: "I wish my wife would be that cool," they almost said in unison.

But to me, you don't sound lucky. So I called a sexologist, a man who has a PhD in human sexuality – to ask if you are indeed "living the dream," as my team claims.

Ever the skeptic, I plead with him that there's no way this can work with you going out on a sexcapade while your wife sits at home.

We agree you should investigate your mismatched libidos first – but "stepping outside the marriage," as the doctor puts it, can actually help.

"He has to understand," he says, "it's not going to be 'I'm going to go bang some chick and everything's cool.' It takes real work – there's a lot of boundaries, and a ton of communication."

Once you've discussed all the details, all the emotions and the expectations – how much does she want to to know, how often is the sex allowed, where will it take place, how this new dynamic will play into your regular domestic spats, does she also want a "green light," etc. – after all of those ground rules are on the table, Dr. de Wit advises a test run.

"She stays home and he goes out – but just to a movie. When he comes home, they role play – she gets to ask the questions about his night. Should he have texted more? Less? How much does she want to know is paramount here."

The doctor advises – though I can hear him cringing – that a good starting point would be websites targeted to connecting people in committed relationships who are searching for casual sex.

Ugh. I'm still wildly uncomfortable with this – go make sex better with your wife, I say – but Dr. De Wit says indeed that I'm a prude.

I groan through most of his sexologist speak – "we've been programmed to think of sex as 3-D – dirty, dangerous, and degrading" – but then he says something enlightening that I'll leave you to ponder. (After, of course, you've really tried to make sex better with your wife.)

"The traditional model, how men and women relate to each other – that model is broken," he says. "There's a 50 per cent fail rate," he reminds me of the divorce numbers – and says this agreement, if it works for you and your wife, could save your marriage.

"If he can create an environment where there's respect and consent and love from all parties involved – that's something all relationships should strive for."

Have a question? Fire away: sexquestions@globeandmail.com (All questions will be published anonymously.) 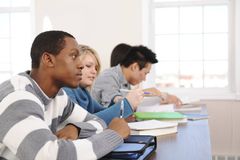 How losing your virginity may affect your sex life years later
January 28, 2013 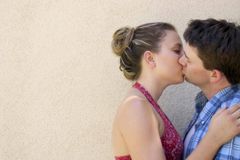 Singles, rejoice: How a new idea about love lowers the bar for everyone
January 25, 2013 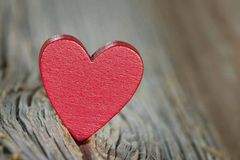 Pain during sex? It might be your oral contraceptive, study says (plus 7 more stories to watch)
May 7, 2013 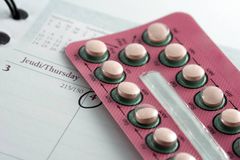 Michael Douglas highlights link between throat cancer and oral sex. How risky is the behaviour?
June 3, 2013 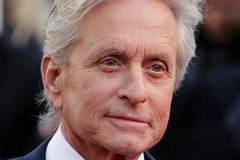