Mark Bentley Cohen decided a mountain top was the spot to tell his wife of 15 years that he was bisexual.

The Vancouver couple had considered experimenting with non-monogamy, but Cohen decided to go ahead without his wife, cheating for two years with other men. Instead of leaving him, Lianna Walden came to an atypical solution: The two would recast their somewhat stagnant marriage as a non-monogamous union, playing with others instead of divorcing.

"We really want to be together but we free each other to do what we want to do sexually," says Walden, a 49-year-old filmmaker who now does marriage coaching.

On the cusp of their 20-year wedding anniversary, Cohen, 52, will star in a one-man show titled "Bi, Hung, Fit … and Married" at this weekend's International Conference on the Future of Monogamy and Non-Monogamy, held at the University of California, Berkeley.

Walden and Cohen spoke with The Globe about how people react to the unconventional setup and what their teenage kids think.

How did you move from grappling with your husband's infidelity to diving into a non-monogamous marriage?

Lianna Walden: It was devastating at first. I wasn't as upset about him fooling around as I was about him lying to me. I was feeling jealous that he had started experimenting. I didn't want the same relationship any more. I said, if you're going to do that then I would like to experiment, too.

The first time it was me, Mark and another guy. It was terrifying. We went through it and I was like oh my god, why didn't we do this before?

How many partners are now involved?

Mark Bentley Cohen: Most of the time we play together. Lianna has a FWB [friend with benefits], Russ. He's a great guy we've been seeing for three years, sometimes together and Lianna sees him every couple of weeks on her own. It's fallen into a bit of a polyamorous situation where Lianna has this bond with this guy. They have a very good friendship which includes sex. I periodically see men on my own. Basically, I'm very satisfied. However, I would like to expand it with another women.

And there's no jealousy?

Bentley Cohen: I wouldn't say that. This past summer Lianna was reading this book on polyamory and was big on the idea. She started moving closer to Russ. I thought Russ was going to move in and the three of us were going to be sharing a bathroom and a bed. I was definitely uncomfortable with the idea. When it came to emotionality and another love relationship, I was jealous.

Walden: We discuss and work it out as much as we possibly can. As you step into these new worlds, it's difficult to know how you're going to react. I have a lot of jealousy but I've been working on letting it go. I want to keep moving forward and I'm enjoying this kind of experimentation.

You're telling me this is easier than monogamy?

Bentley Cohen: No! It's easier to stay in simple dissatisfaction, which is stable.

Walden: We give workshops and we tell people that it's not the easy route. There are more emotions you have to deal with but it's way more exciting. We love each other more than we've ever loved each other before.

Bentley Cohen: We've allowed each other all these freedoms, crossed all kinds of lines and upset each other in ways that we could never even have imagined before. It's made us stronger. There's a lot of emotional upheaval but in the end that's what a lot of people are missing from their relationships after 15 years of being together when you become complacent and stagnate. If you're 50 years old, together for 20 years, you have kids, there's not a lot to look forward to except the slow, eventual decline into decrepitude. As my friend says, "The first 20,000 times having sex with my wife are great, but…"

Monogamous couples often see non-monogamy as both an indulgence and as an affront to their own marriages.

Bentley Cohen: It is an affront. Heterosexual monogamy is the basis of our entire civilization. When you question that you're pulling at the cornerstone of society and everything you've grown up with. I remember the first time that Lianna was with a guy and I was there, she looked at me as if to say, "Really? Is this really going to be okay?"

The fears are: You're going to find someone more appealing, forget about me and leave me. But one woman told us that the more guys she sleeps with, the more she loves her husband. It highlights what we have together. For other people, it highlights what they're missing. If your relationship is on the rocks, having sex with someone else is not going to fix it. However if there is a basis of love and a desire to stay together, it can help you in various ways.

You've been dealing with people, including gay men, who don't believe that bisexuality actually exists in men.

Bentley Cohen: It brings up all of the bi-phobia, that bisexuals are unreliable liars and cheaters. Female bisexuality is much more accepted but men get a harder time of it. But the idea that sexuality is a one-way train ride from heterosexuality, to this questioning midway point of bisexuality, to an eventual destination of homosexuality is utterly false. We've met gay guys who were interested in experimenting with women. Sexuality runs in all directions, it's all over the place.

You're doing non-monogamy workshops: How do your kids process all of this?

Bentley Cohen: We didn't want them blindsided by a kid in the hall. When we came out as being non-monogamous we gave them The Talk, they were 14 and 15. Our talk was, "Your mother and I love you both very much. We're more in love than ever before. But periodically, we have sex with other people." They both put their heads down and our daughter said, "We don't want to hear about your sex life."

Walden: Our daughter told us that she sees us happy and doing stuff, that she goes to other people's houses and that the parents don't seem so happy.

Lianna, have you gotten cynicism about being too permissive with your husband?

Walden: Not really. His actions brought both of us to a place where we acknowledged that the relationship was not working. So we made changes. People in their forties in long-term relationships go through all sorts of possible scenarios, including infidelity. Us coming out – that we too have gone through infidelity and found a solution that's brought us closer together to a fun, exciting, rejuvenating place – it's difficult to criticize.

The myths, realities and challenges in polyamorous relationships
February 21, 2014 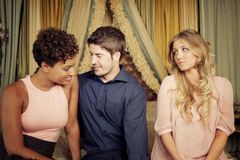 The power of monogamy: 10 surprising claims regarding modern love
December 26, 2013 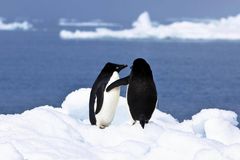 Polyamory: Exploring the ins and outs of multiple partners
September 21, 2012 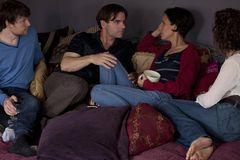 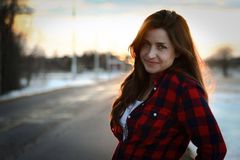 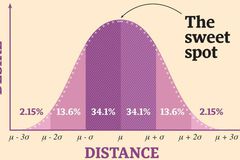 Why we glorify promiscuous young men – even though most aren't
November 22, 2012 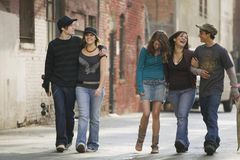 Can cheating be stopped by smelling a hormone?
November 15, 2012 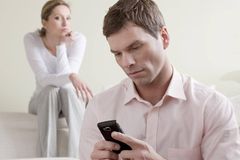