The mortifying scene played out last month on the new HBO comedy Togetherness, which delves with brutal frankness into one couple's efforts to fix their marital-bed death, including an S&M role-playing session that goes off the rails after hubby insists on eating a sandwich first. It's one in a host of new shows bringing a radical and often cringeworthy sexual honesty to mainstream TV. From the flawed bodies in Transparent and a botched three-way on Girls, to clumsy shower sex in The Mindy Project and a much tittered-over pegging scene in Broad City, these television shows are depicting the awkward and difficult moments of real-world sex.

The clumsy lovers appearing on TV lately are a refreshing antidote. They experiment and often fail miserably with various sex toys, positions and configurations of partners. They mirror our sexual anxieties right back at us.

"It's wonderful to show characters struggling with sexual moments. There's a great need for straight-up pornography but people also want to see their own lives reflected, their own mistakes and triumphs," says Mo Ryan, television critic for the Huffington Post.

"We are living in a dirty honest TV wonderland," New Yorker magazine TV critic Emily Nussbaum tweeted about the comedy drama Transparent, which pivots around a family's discovery that the patriarch is transgender, but has a number of B storylines involving actress Gaby Hoffman's unkempt pubic hair.

Today's visceral imagery had no place in the "lovemaking" sex scenes of yore – "the glossy lighting, the perfect bodies, there's always a curtain blowing," Ryan recalls about the cheesy backlit eroticism of Top Gun and its ilk. "It was so predictable and boring. Since I was 12, I've seen the same scene thousands of times. Can we have a little funeral ceremony for it?"

There's no trace of billowing curtains or lilting soundtracks in the current crop of comedies pushing the envelope – "None of this garbage of a hot kiss cut to the afterglow and the L-shaped sheets," a colleague (and huge Broad City fan) pointed out recently.

Sex scenes used to be a decoration or a prize for the protagonist and little else. Now, they're a potent storytelling device. "What's great about the current era is that people's vulnerabilities can be revealed," Ryan says. "If you show a one-minute scene of people in bed having an issue, fight or finding that they have differing desires, that's great for making us care about those characters."

The way we depict intimacy onscreen also reflects how we consider it in our own lives. Sonia Saraiya, television critic at Salon, said the new shows balance fantasy with the "indignities and gross and great realities" of sex. "You can't just opt out. The awkwardness and difficulty are there the whole time." She believes the rise of less idealized sex on TV (among young, single characters and marrieds with children alike) might have to do with the show creators, many of whom are women. "We get to see the particular frustrations and hilarities that go along with that," Saraiya says of the female perspective.

With its vibrating Rabbits and graphic postmortems over brunch, Candace Bushnell's Sex and the City was a forerunner in the genre. Now society treats a far wider swath of sex as normal for women, be it the discussion of female ejaculation in Transparent, created by award-winning director Jill Soloway, or the kitchen rim job in Girls. Critics generally view Lena Dunham's show as a tipping point in the new honest wave, even as some complain about Dunham's near constant nudity and the darker plots involving issues of consent.

Regardless of how you feel about Dunham's writing or her rear end, sexually frank television comedies go beyond prurience and cheap laughs: They're a way into tough subjects. That's healthy for female viewers but should also come as a relief to men, who have traditionally been straitjacketed as sexually virile and adroit onscreen.

"To assume that men are always ready for sex, men will always perform well at sex, men aren't nervous about sex, that puts them in this incredibly constricting place," Ryan says.

With the new honesty, viewers get a clearer window into the sexual lives of others, and their own. 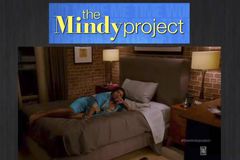 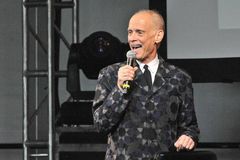 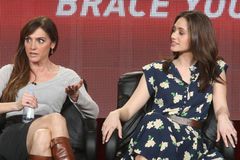