Film heroes can get into your head. Last month, after watching Ryan Gosling in Drive, I found my stride steadier, my movements more graceful. I felt confident and unafraid. I was Ryan Gosling as Driver while I washed my hands in the theatre restroom and I was Driver as I strolled purposefully through the mall on my way home.

The appeal of the Mr. Gosling's character – a mash-up of the strong, silent, 20th-century man and today's sensitive New Dad – was summed up by a female friend: "I've never seen anything hotter than Ryan Gosling in Drive. It was too much. I wish I hadn't seen it."

But there's something more to the actor, something that makes him not just the thinking woman's hottie of the minute, but also the heroic man of the future. In both Drive and Crazy, Stupid, Love, he portends a new kind of masculinity, one suited to an age where the perfect man can no longer be trusted.

In a Wikileaks world, it's not possible or even desirable to appear to be the Teflon-smooth politician or perfect gentleman. Everyone knows there's a crack somewhere – a deep-seated insecurity, a messy addiction – and it's better to out it yourself, from the outset. In Drive, Mr. Gosling doesn't just crack, he explodes. When he beats a man to save the woman he's in love with, and then continues to gratuitously stomp the man's head into pieces while he's at it, it's the first moment we see the rage beneath his steady, robotic masculinity.

It's also the moment that Driver becomes more human and lovable.

That may seem contradictory, but bear with me. In an interview, Mr. Gosling explained to horrified filmgoers that "movie violence can be poetic." I think the psychotic break depicted is a metaphor for disclosure, a sharing of one's "primary wound" – as Freud might say – to a lover. It's a metaphor for exposing one's less-than-ideal nature.

Who knows what fears the powerful men of yore repressed in order to stomp the economy into pieces, or betray their women, but men in the age of transparency will have to reveal them. Admitting limitations has never been part of the American Dream, but then again, that dream – of infinite profits, of having it all and then some – has turned into a nightmare.

It would be preposterous in real life for a woman to go knocking on Driver's door again after witnessing his psychosis, but in the language of that thriller, it makes sense. For the audience, Carey Mulligan's character is like the pet who instinctively senses whether our date is a good man or a bad man.

In the rom-com Crazy, Stupid, Love, Mr. Gosling does away with metaphor and depicts a male sociopathy we can recognize more easily.

His character starts out with the kind of emotional opaqueness advocated by guy pickup manuals like The Game. But when Emma Stone's character makes fun of his version of that game – "So what's your big move?" she teases – he doesn't reject her, but instead cracks open and reveals the messy bits behind the perfect six-pack abs. His father was "too soft, too sensitive," he confesses, a perceived weakness that led him to become a "wildly unhappy" and overcompensating womanizer.

I'll admit that The Ides of March doesn't fit so neatly into my thesis – Mr. Gosling isn't a hero exposing his flaws in this one, but a political campaign manager who learns he has to lie in order to survive. As a project, however, the film does aptly criticize the hypocrisy of image creation and protection among men in politics. An intern bears the brunt of the lies, naturally.

Sure, in the Wikileaks future, politicians are still going to try to be Teflon, but it'll be harder and harder to keep up the façade. Voters are getting better at telling the real story from the good story.

It might sound like a ridiculous idea that the Tiger Woodses and Eliot Spitzers would willfully out themselves as sex addicts or polyamorists, but behaviours that our culture shames into the shadows are already being exposed and integrated. Charlie Sheen, as messed up as he clearly is, has been admired for saying how he really feels. Even Tom Cruise – previously the epitome of the perfect film hero – became more human the moment he began jumping on Oprah's couch.

In a recent Esquire cover story, Mr. Gosling says he now has a split personality: public and private. "Even my own name sounds like just someone I know," he said. But there was a moment in an MTV interview that caught my attention. After being captured on a passerby's iPhone breaking up a fight in a New York street, Mr. Gosling said he was embarrassed by his behaviour.

"I had just come from the gymnasium, and I was all stretched out and feeling warmed up," he said, acknowledging he really didn't know what was going on and might have made things worse. In admitting the possible error even in the whole idea of being a hero, Mr. Gosling puts his ego up for public sacrifice.

Not only is it admirable, but an irony that I doubt the men of the 20th century would have understood. 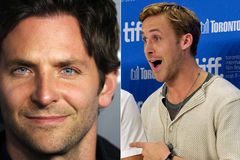 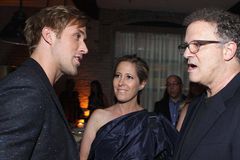 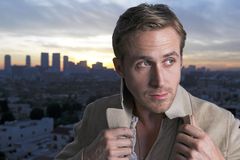