We asked for your best and worst date stories - and you delivered (in droves.)

Here are our favourites - thanks for sharing, and Happy Valentine's.

Once upon a time I went on a blind date with a man who was a bass player. At the restaurant, whenever a new song played over the speakers, he would say, "Man, if I was the bass player on this, I'd have played it like this..." He would then break out into air bass playing complete with rock 'n' roll faces. It was too much, and all I could do to keep from laughing. Needless to say, he was a legend in his own mind. I never saw him again.

I had talked to him a few times and he seemed like a pretty decent guy. We hung out, talked, and after a while, we decided to go for sushi. By the time our bill came, he asked if I could pay (he had recently quit working for RIM).

I wouldn't have minded it so much, except I ordered one roll and he had at least 4 different things on his plate (about $40 in total; my order came up to $10). I was so terrified that when the waitress asked for ice cream, I gave her a stern NO (it turned out to be free. I still declined).

The highlight of the night: after leaving the restaurant, he asked if I could give him $3 for bus fare.

I have an encyclopedia of bad date stories but let me share a recent online dating horror. Met this guy on one of the online dating sites - tall, handsome, an engineer, doing MBA - his pictures looked really good (so check, check and check) so I was quite motivated to meet him. After a week of chatting on BBM (a week of my life I will never get back unfortunately), we decide to meet up for a drinke.

He shows up and I was impressed that he actually is as handsome as his photos (as opposed to the guys that send you pictures of themselves under really "good lighting"). And then......he spoke...omg. The voice! I was horrified but thankfully the place had loud music. I stuck it out as I was trying to decide if his looks were enough to compensate for that voice. After a few drinks, he suggested we go dancing (yippee a place with even louder music!).

We get into his car and as he pulls out of the parking garage, he takes out a bottle of vodka he had hidden under the driver's seat, pours the vodka into an empty Starbucks cup and starts drinking while driving. If things could not get any worse, he asks if we can pass by a bank machine. Needless to say, I was not impressed and I had to put up with his incessant messages for weeks afterwards calling me "babe" and "sweetie" and asking if we can do the "wonderful" night all over again. He even started getting upset and accusing me of being "weird" when I would not reply to his messages.

I met a guy one weekend on a ski trip and gave him my number. He was really into me that night and said he'd call to set up a date. Sunday evening rolls around and he leaves a voice mail: The message is 3 minutes long and completely inaudible. He must have accidentally pocket dialed me. Weird thing was he also sounded like he was at a bar, on Sunday night, after a weekend of heavy drinking - weird.

Throughout the evening I receive numerous calls from him and I ignore them all. I wake up the next morning and start getting ready for work and play the messages on my speaker phone. Turns out he was at a bar and turns out he was trying to pick up a girl. How sweet. I listened to soundbites of, "oh just come home with me"... "I live just down the street"...

Best part was the girl turned him down.

Did I mention this is all happening on Valentine's Day? I waited all day before I texted him... "Hey (insert gross guys name) Not sure if you are aware of this but I woke up this morning to 3 rather long voicemails... If you don't mind deleting my number and never contacting me again. That'd be great. Happy Valentine's day!"

He was beyond embarrassed and told me it was the lowest point of his life. I definitely did not feel bad for him.

"Friends" had set me up with someone they didn't know very well. Shortly after meeting him, it was obvious that the night would likely go badly.

At dinner, he ordered a Singapore Sling and teased me about eating "rabbit food" (a simple salad). And he didn't leave a tip – not because he was mean but perhaps it was a combination of naive and cheap. (Mortified, I never ate there again.) Then he took me to see a movie and cried so hard during several scenes that a 10-year-old boy seated behind us asked him to shut up.

As he drove me home, he broke wind several times. Loudly and unapologetically. Then he questioned why I cracked the window, despite the fact that it was raining.

I declined the offer of a second outing, which – sadly – upset the folks who'd set us up, and our friendship was never the same afterward.

We were introduced by his roommate and we were both instantly drawn to each other. We went on twelve dates and he still hadn't kissed me. Fearing major halitosis or lack of interest, I confronted him and was shocked by his reply. He said that if he kissed me he knew he'd want to marry me and he had to make sure it was right. We've been happily married for 26 years now and he kisses me every day.

He arrived at my door with roses and a bottle of wine. This was particularly appropriate as I met him in the Vintages section of the LCBO (where he worked).

We drove up to Chelsea, Quebec for a tour of an art gallery, then we spent the rest of the evening in the Market in Ottawa, sharing our stories with one another. I was shocked to look at my watch and see that it was time to go home. When he dropped me off, we shared our first kiss. Both of us walked two feet off the ground for days afterwards. That was in 2008 and we were just married this past October. It feels like the perfect date that has never ended.

We were both 19. We had known each other at university for three months. She was from a small town, and I was from the big city. I was intoxicated by her sweetness and innocence, so I summoned every bit of charm at my disposal and swept her off her feet by taking her on a whirlwind tour of downtown Toronto. It's now 23 years and two kids later, and we're still together, still holding hands in public, still in love.

A good first date is not just some trick to get a woman into bed: It's an opportunity to give her an experience she won't forget, to show her something different and set yourself apart. I took her for a short ride on the subway that night, and you might think "The subway? That's not romantic." But she had never ridden one before, and that's the whole point. The experience has to be something memorable for her, not you. If you know what you're doing, anything can be romantic.

I'd had numerous bad dates and three failed engagements, so I'd decided men were more for recreation; I could build my family through adoption. My last date started out on the Internet. We chatted, but I'd learned not to waste time and to meet in person to check "chemistry." He was moving away so I thought he'd fit in with my new life plan just fine.

I stand 6-foot-1 and am a big woman. When he saw me, he looked up and said full of awe "WOW," and handed me a chunk of cheese and flowers from his garden.

He'd actually listened to me when I told him what I liked!

After six weeks of dating, I got the call that, after a five-year-long wait to adopt, there was a baby for me. I called him expecting him to disappear. Not only did he adopt our son a year later, he also became a stay-at-home dad while I pursued my career. He is still the same humble, kind man who has unconditional love for me. 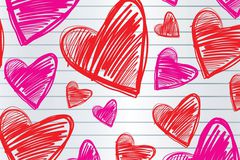 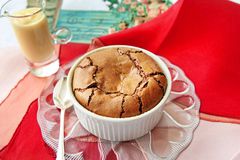 Cook up a romantic dinner for two
February 7, 2012 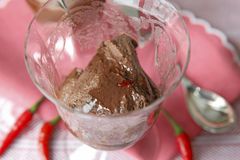 15 red hot gifts for your Valentine
Gallery
February 11, 2012
Follow us on Twitter @globeandmail Opens in a new window
Report an error Editorial code of conduct
Due to technical reasons, we have temporarily removed commenting from our articles. We hope to have this fixed soon. Thank you for your patience. If you are looking to give feedback on our new site, please send it along to feedback@globeandmail.com. If you want to write a letter to the editor, please forward to letters@globeandmail.com.
Comments