Increase diversity behind the scenes

Last September, the world took notice when black women dominated the covers of some of the year’s biggest fashion titles (Beyoncé for Vogue, Tiffany Haddish for Glamour and Tracee Ellis Ross for Elle Canada, to name just a few). And on many runways, iconoclasts such as Slick Woods and Hari Nef are upending the bombshell beauty norm with looks that are altogether more character driven.

According to a diversity report conducted by the industry forum the Fashion Spot, 32.5 per cent of the models on the runways for fall, 2018, were women of colour, compared with just 24.7 per cent in 2016. But just because the industry is making strides with shaking up the types of faces it puts forward doesn’t mean its decision makers (from executives to designers to photography crews) look any different. Even just considering gender, a report from October, 2018, from McKinsey & Co. found “fewer than 50 per cent of well-known women’s wear brands are designed by women, and only 14 per cent of major brands have a female executive in charge.”

To help broaden the mix of who works behind the scenes in Canada’s fashion industry, Toronto-based stylist Georgia Groom and business partner Vanessa Fischer have launched a workshop series called Inclusive Stylist. The program aims to help emerging creatives from a range of backgrounds break into the industry through mentoring and job shadowing. “I would just like to see more diversity behind the camera,” Groom says. “I’d like to see my city that I love represented more in my industry.”

In the workshops, Groom and Fischer teach essential skills every stylist should have, but might not have the opportunity to learn, from how to organize an overwhelming haul of clothing and accessories to networking. The industry’s reliance on unpaid internships to train its next generation of leaders has traditionally put limits on who can break through, so the Inclusive Stylist workshops are free.

Groom feels it’s up to professionals and artists in senior positions to create opportunities and access. “We’re about encouraging conversation and encouraging community,” Groom says. “We think: ‘What can we do better?'”

Develop a luxe but sustainable approach to leather

With labels such as Gucci, Chanel and Burberry going fur-free, it seems as if the age-old debate about real versus faux has finally been resolved (at least, this season) in favour of faking it. But curiously, the industry and consumers haven’t been having the same discussions about luxury leather goods, a market that’s expected to grow by 5 per cent by 2022, according to market research firm Technavio.

Designers dedicated to leather alternatives often come up against skepticism that their wares won’t stand the test of time. “It’s very challenging to change a consumer’s mindset and view of leather because they always think it’s more durable, more ecofriendly,” says Kelvin Ho, co-founder of vegan leather brand Pixie Mood. Concerns about the environment exist on both sides of the debate and many consumers have trouble letting go of their nostalgia for worn-in leather jackets and roughed up boots.

While genuine leather can be imbued with history and meaning every time it’s worn, there are alternatives that mimic the real thing while being good for the environment and your pocketbook. Materials such as cork and pinatex (made from the cellulose fibres of pineapple leaves) are malleable, durable and buttery soft.

Capitalize on the cachet of ‘made in Canada’

The textbook definition of made in Canada is that 51 per cent of the production of a garment has to have happened in the country. From the shopper’s perspective, however, the term has layers of meaning that offer the country’s designers a chance to differentiate themselves in a global market. “Made in Canada is more of an identity,” says Taylor Brydges, who has a doctorate from Uppsala University in Sweden on Canadian fashion manufacturing. “Canada means quality,” she says, citing an inherent sense of value, timelessness and craftsmanship to goods made here.

To see the benefits of cultivating a reputation for quality, just look to the country synonymous with luxury fashion manufacturing, Italy. It recovered from the Second World War, in part, by mobilizing its legion of tailors and seamstresses and marketing its flair for fashion. In Canada, the majority of independent designers produce their clothes locally out of necessity, but the approach allows them to oversee how pieces are put together and by whom. This brings the consumer closer to the designer and their garments, creating an emotional connection that can inspire a purchase.

Maintaining that cachet and the integrity of a growing supply chain can be tricky, though. The New York Times recently investigated Italy’s shadow fashion economy and the thousands of home workers who are underpaid while creating designer garments.

Contemporary fashion is about more than just aesthetics. It’s about adaptability, innovation and technology. Accessible clothing has trickled into the mainstream with brands beginning to make specialized garments for people with disabilities.

This past summer, online retailer ASOS made headlines for creating a jumpsuit that could be worn by women in wheelchairs, and lingerie brand Aerie continues to celebrate body diversity with their #AerieREAL campaign that featured a range of models with physical disabilities in their advertisements. “There are more and more companies entering the arena, and it will continue that way,” says Izzy Camilleri, founder of accessible clothing company IZ Adaptive.

With her brand, Camilleri merges the gap between fashion and function by creating comfortable pieces that target a younger demographic. Her specialized garments are crafted for a seated frame, meaning pants don’t ride down in the back or cut circulation at the stomach.

“It’s a lot of research and a lot of work,” Camilleri says, and thus could be the reason why more mainstream brands haven’t made their clothing fully accessible. But it doesn’t have to be hard, according to the designer. Removing closures, zippers and tiny buttons is a simple fix. “Just thinking of things that are easy to get on is one step in the right direction,” she says.

Explain how ecofriendly can be affordable

Slow fashion often comes with a high price point. “Real slow fashion is synonymous with high quality,” says Myriam Laroche, founder of Eco Fashion Week, a non-profit organization dedicated to supporting sustainable fashion designers. “If you do buy high quality, it is an investment.” But the reality is, not everyone can afford a $200 recycled wool sweater.

“Depending on your values and your beliefs, you have to find your own ecorecipe,” she says. In other words, it’s important to focus on what issues matter to you, whether that be reducing your carbon footprint, buying only vegan products or going organic.

If price is a factor, Laroche recommends prioritizing buying vintage, exchanging clothing among friends and family or focusing on building a rotational closet where you only have a set number of pieces each season. While the fashion cycle at all price points insists consumers constantly top up their wardrobes to accommodate new trends, developing a signature look and learning to maintain what you own can go a long way. “At the end of the day, our job should be to give the longest life we can to each piece of clothing or accessory,” Laroche says.

The year in hashtags: Five style lessons we learned in 2018 Subscriber content
December 27, 2018 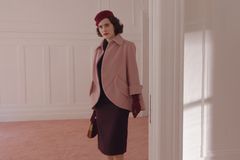 If you make one simple skin-care resolution for 2019, washing your face should be it Subscriber content
December 31, 2018 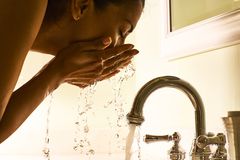 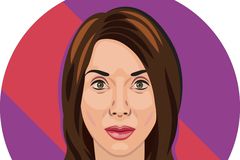