It started with a custom hat for Win Butler, the front man of the band, Arcade Fire. “I think I [made] a mistake and after, I just kept it,” Alex Surprenant says. The topper’s visibly mended fissure is now a signature detail of a Fumile hat: the scar. “It’s not how you fall, but how you stand after. And don’t be shy, talk about it. Own it! We all have scars,” says Surprenant, who creates Fumile’s artisan pieces alongside co-designer Mélodie Lavergne.

That wabi-sabi ethos and Fumile’s unconventional style has the duo nominated in the accessories category for emerging talent at this year’s Canadian Arts & Fashion Awards, which stream online at cafawards.ca on May 19. Surprenant and Lavergne will be watching the show from idyllic new digs. Like many creative entrepreneurs during this pandemic, the duo recently relocated for life and work from Montreal to a small town in Quebec’s Eastern Townships.

On an exploratory day trip over the winter, Surprenant and Lavergne spotted a building for sale on the main street in Frelighsburg, a municipality along the Vermont border. It’s the kind of town that feels suspended in time. “It’s perfect for us because we’re doing a very traditional métier,” Surprenant says. Both love the idea of being located in the countryside offering a similar experience as other makers in a region known for its wine route, antique barns, apple orchards and art galleries. The space is scheduled to open to the public this month.

Months of extensive remodelling have revealed the former restaurant’s circa-1892 beams and opened up the space with an airy mezzanine. Now that the dust has settled, Fumile’s designers are at work on their spring/summer collection. One extravagant model is inspired by a vase that broke during renovations. As it shattered, they immediately thought of kintsugi, the Japanese art of repairing broken crockery with visible gold pigment in order to highlight rather than camouflage the repair.

Since they joined forces personally and professionally in Montreal three years ago, Surprenant and Lavergne have designed in this instinctual way. After initially shaping each hat on a wood block, they usually prefer to finish it freehand. “It’s like looking at a beautiful sculpture from every angle,” Surprenant says. “We try to not overdo it. It’s a balance, but it’s not symmetric.” Alongside the distinctive tinted felts and embossed textures that are the basis for Fumile, they are developing more minimal options such as straw Panama hats with a variety of brims.

At their original boutique in downtown Montreal, Fumile attracted a clientele they weren’t expecting, not so much a fashion crowd as an everyday shopper in search of a connection to craftspeople. “We think that here we can put the emphasis even more on the experience and taking time is going to amplify that experience, that process,” Lavergne says of the personalized nature of made-to-measure hats and fittings. “For the type of product we offer, people will be really willing to make the trip, and take the time.”

Opinion
When it comes to donning Indigenous fashion, aim for inspiration – not appropriation
May 12, 2021 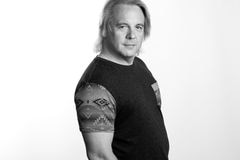 Bill Nye on why how you shop and what you wear can help the planet
April 20, 2021 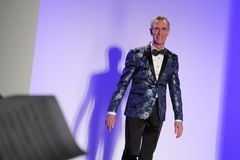 Outdoor gear companies do more for the environment by offering customers less
April 22, 2021 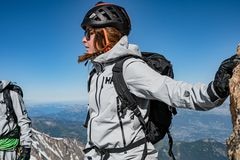