Paperwork? Arts & Crafts doesn't need any paperwork. "I've never signed anything," says the singer-songwriter Jason Collett, when asked about his arrangement with Canada's biggest little record label. "It's been a handshake deal, or a slap-on-the-back deal, or a high-five deal, or whatever you want to call it."

Some call it family. Others, a community. How about a savvy, well-oiled going concern? Whichever. High-fives all around for a business that thrives in an uncertain industry. Back slaps for a record label and management house that earns envy internationally for its output and talent. And huzzah, why not, for a success story that this year celebrates its 10th anniversary.

Earlier this week, its was announced that Arts & Crafts would throw a birthday party for itself involving a Toronto concert of its famous artists, including Leslie Feist and a reunited Broken Social Scene.

Ticket demand for the event (dubbed Field Trip, and to be held June 8 at Toronto's Fort York) was feverish enough that the online server was overrun twice when early-bird passes went on sale. When label president Jeffrey Remedios posted a handwritten note of apology for the system crash, fans tweeted notes of appreciation for the label's thoughtful manner. That A&C takes care of its own – fans and musicians both – is kind of its thing.

When asked to single out a characteristic of Arts & Crafts, Collett (a day-oner who has released a half-dozen records on the label) points to the people, specifically their enthusiasm and energy. "All I've ever asked is that they work as hard as I worked. By and large, that's been the case with Arts & Crafts, and for that I'm thankful."

Before speaking with Collett, I had dropped into the A&C office to speak with Remedios, who co-founded the label in 2003 with Kevin Drew, the boyish ringleader of the shaggy, euphoric college-rock sprawl known as Broken Social Scene.

Lining a small boardroom in the sun-splashed lofty space are poster boards and plaques of albums and accolades, including numerous citations trumpeting it as the city's best indie label, and artwork involving A&C's premiere release, Broken Social Scene's You Forgot it in People. There's a newspaper article from a few years ago blown up on one wall, about the label being a "family" and with the headline A Great Time to be Canadian Band.

I ask the soft-spoken Remedios if it is still a great time for Canadian bands. "The short answer is, 'Yes,'" he replies. "Canadian music gets a ton of respect around the world, across genres. And Canada, in general, punches well above its weight, culturally."

You could say the same thing about Arts & Crafts. In the book Have Not Been the Same: The CanRock Renaissance, the label was hailed as a model for a new generation: "They managed to balance ambition and realistic expectations, casting aside defeatism and allowing the art to speak for itself." In 2009, in its feature article, How to Save Rock 'n' Roll, Rolling Stone lauded the company's holistic, artist-friendly and collaborative approach – involving management, album design, publishing and recording – to monetizing its alternative music and launching areers.

A&C began as the concept of Remedios (a marketing-man refugee from major-label EMI) and Drew (the musician-idealist). They conceived it as a multidisciplinary arts collective, which was to sit atop a record label. Initially, that label was Paper Bag Records, a still-thriving outfit. But BSS, led by Drew and Brendan Canning, changed the focus.

"Broken Social Scene was a rocketship," Remedios recalls. "It happened quickly, and it happened globally." With the whirlwind success of the collective, Arts & Crafts recalibrated, devoting itself solely to music and a tend-and-feed model. "We would put the same care and attention into the business of music as the artists we worked with put into its creation," explains Remedios. "That was our North Star – something to shoot for."

Speaking about the label's confused, early days, Drew admits the organization had a few growing pains: Broken Social Scene's fluid membership presented awkward accounting situations; the band Metric balked at being part of a label being run by one of its friends (Drew). Eventually, the label developed its model, but the secret of A&C was the sound. "We got better at what we did, but, honestly, a lot of our success had to do with the bands and the music we were putting out."

The acts of Arts & Crafts have accumulated 20 Junos, beginning with You Forgot it in People. As a loose collective, Broken Social Scene spawned a sense of community that still permeates the label. As well, the band's status and offshoot talent (Feist, Stars, Jason Collett) contributed to the label's commercial evolution. With Feist in particular, her album Let It Die went platinum in Canada, which caused people to start looking more closely at A&C's marketing approach. "If we didn't have Leslie Feist as part of our stable," says Remedios, "we wouldn't have been able to grow in the way we've grown."

Although the label branched out beyond the tree of Broken Social Scene (by signing bands such as Constantines and Montreal's Dears and the Stills, among others), the reach of the franchise collective is at the heart of the A&C story. Anthemic, ambient and cinematic, but not without pop sensibilities, BSS, currently on hiatus, epitomizes the artful spirit and soulful enthusiasm upon which the label was built.

From BSS sprung Feist, the heat-seeking indie It Girl who has collaborated with another label mainstay, Chilly Gonzalez, on a trio of albums (Let it Die, The Reminder and Metals) that mark a continuing evolution from breezy chanteusery to more elegant bedding for that one-of-a-kind voice.

Also from BSS was Collett, the label's most successful songwriter in terms of publishing and licensing deals – his song Love is a Dirty Word was used in a Buick commercial and in a trailer for the Meryl Streep movie Hope Springs – as well as being a steadying elder statesman on the city's indie scene. There came to be Stars, the Montrealers who are built upon graceful pop upswells and the pretty melodrama between Amy Millan and her duet partner Torquil Campbell. Guitarist Andrew Whiteman, with his former band Apostle of Hustle and now with current duo AoarA, traffics in poetic leanings and earthy, globe-trotting rhythms. There of course is Metric, the still-rising new-wave rockers led by Emily Haines and Jimmy Shaw. And do not forget bassist Charles Spearin, who deservedly nabbed a jazz Juno in 2010 for his eccentric adventure in everyday joy and accidental melodies, The Happiness Project.

All of the above acts and artists share association with Broken Social Scene, though not all of them are on Arts & Crafts. Together with BSS, let's call them Canadian indie-music's Group of Seven. If there's a highlight reel to the label's first decade, the scenes would capture triumphant BSS performances at Lollapalooza in 2006 and at Toronto's Harbourfront in 2009 (as chronicled in the Bruce McDonald film This Movie is Broken). There would be Feist and her Apple commercial, her Sesame Street spot and her 1-2-3-4 Grammy nominations in 2008.

As for the future, Drew is high on the B.C. troubadour Dan Mangan and the rejuvenated Sugar, Sugar singer Andy Kim, both newcomers to the A&C family. "We came into this thing wanting it all, and we definitely got a lot of it," says Drew. "Now, we're trying to provide that for others."

If there's an unsung hero to the A&C story, it's David Drew, father of label co-founder and BSS leader Kevin Drew. The younger Drew spoke recently about his contribution:

"It was a confusing time. He came on board to represent me at the label and also to help me wear both hats, running the band. I know for a while there that the staff knew my father way more than they knew me. He was a book distributor for 30 years, and he helped us when the U.S. government brought in a 30-per-cent withholding tax around 2008. It was a massive issue for us. Once you eliminate your cash flow, it's very difficult to figure out how you can move ahead, and how to get in and out of these cities when you're on tour. We spent many agonizing hours trying to figure out ways to deal with this, and with the band accountant and my dad, we did. They came up with a really good system, one that many argued was wrong. But I've been audited by the IRS twice, and there's nothing there. If my dad wasn't around to help me, there'd be no way I'd still be here doing it."–B.W. 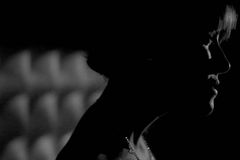