I have always approached cruising with a healthy dose of ironic detachment. I don't fit in on cruises – I don't shuffleboard, I don't enjoy 10-course dinners, I can't stomach the choreographed nausea of the nightly musicals – which is exactly why I enjoy the experience. With so little to draw me out of my cabin, the voyage becomes a deeply relaxing form of escape – a solitary, Internetless rhythm of reading, sleeping and gazing at the waves.

This year, I took my longest ever cruise: a 29-day trans-Pacific crossing to Vancouver from Sydney, Australia, on Holland America Line's MS Oosterdam. In my mind, the equation was simple: More days at sea meant more solitary relaxation. But I discovered that the detachment I'd enjoyed so much on previous sailings – which ranged from five days to two weeks – was impossible on a month-long journey. What I didn't know was that, after a few weeks, a cruise ship is transformed from a place you're merely vacationing, into a miniature society of which you are inescapably a citizen.

Every ship is, to some degree, a little self-sustaining world. "Newspapers" lay out the day's events, and nightly entertainments draw the community together. Public spaces are divided into neighbourhoods, with districts for shopping, dining, dancing, gambling, exercise and sleeping – some shabby, some chic. A vertically arranged class system that puts the richest townsfolk in the highest-numbered decks and the working classes (the crew) below sea level.

The basic setup was the same on the Oosterdam – yet, immediately, things were noticeably different. You know that moment when an elevator gets stuck between floors, or a train breaks down, and everyone realizes they're stuck for a while and might as well be sociable?

That moment came as soon as the Oosterdam left Sydney Harbour. Faced with the prospect of a full month at sea together, the ship became not just a microcosm, but a village. In the first days of the cruise, I saw someone pasting a dollar-store Easter bunny decoration on their cabin door; soon, entire hallways became cluttered with miniature replicas of suburban front porches, each wishing passersby a Happy Easter. Within the first week, a fellow passenger caught a glimpse of my deliberately shaggy locks and – seeing I wasn't the sort to pay $100 for a haircut in the spa – offered to lend me his clippers.

As in any small town, it wasn't long before everyone knew everyone else's business. And as word spread, credentials became inflated. Once it was discovered that Allan, a tall and affable Texan, had campaigned for Obama and been invited to the Inauguration, he was known as the Politician, and passengers turned to him for assistance in conflict resolution and delicate negotiation. When Mathew, an Australian musician bound for a North American radio tour, was spotted in the hallway with a guitar case, he became the Rock Star, subject to command performances.

I myself attained a doubly inflated celebrity. Because I was the only person onboard who had thought to pack a South Pacific Lonely Planet, I was the Independent Travel Expert. On the evenings before calls in port, lineups of the adventurous formed at my dinner table; the next night, happy travellers returned to recount their exploits. Far more important to my onboard prestige, however, were the rumours that I was working on a travel piece. Immediately, I was the Writer, and the dinner invitations began to pour in. One night, a retired four-star general summoned me to regale him with (sadly nonexistent) tales of exotic adventure and run-ins with literary celebrities; the next, I was the special guest of the hotel director, who shared his boundless enthusiasm for Holland America over filet mignon and sparkling wine.

Drawn out of my solitary orbit, I discovered a surprisingly diverse cast of characters. There was the usual complement of friendly, somewhat frightened retirees, and the "booze cruise" faction was well represented. But there were also cruiser demographics I had never suspected: those afraid of flying; those seeking to reduce their carbon footprints; committed world travellers looking for the slowest, weirdest, most scenic way of getting between continents; people moving to Canada from Australia who had figured out that cruise ships don't have baggage limits and had stuffed their staterooms to the rafters.

Before I knew it, I had my very own band of cruise-outsiders. We travelled together when in port, and sat around together when at sea. We staked out our own districts of the ship: During the daytime, the portside deck near the pool was our stomping ground; after midnight, the Piano Bar was our terrain; after that, we had the Atlantis nightclub to ourselves.

We wrote notes on Oosterdam stationery and slipped them under one another's doors. We played cards when it rained. One night, long after the ship had gone to sleep, we snuck onto an abandoned stage and played a noisy set on borrowed instruments. More than once, I woke up thinking I was back in my first-year university dorm.

The sad and beautiful part of the cruise-ship-as-microcosm, alas, is its precariousness. Circumstance had drawn a line around 1,500 people and, for 29 days, this became my society, my world. I was amazed and grateful that fate had provided me with such a sympathetic little band to spend it with – but as the end drew nearer, the pre-emptive nostalgia grew unbearable. I knew that, just as quickly as it had materialized, this fleeting society would vanish like a mirage. The cruise-village exists not in space, but in time; once its period has elapsed, there is no going home.

The day before the Oosterdam arrived in Vancouver, it stopped in Seattle, where more than half the passengers and crew disembarked – including all my dearest new friends. That night, the Piano Bar and the Atlantis nightclub were filled with the hollers of unfamiliar voices – drunken revellers on bachelor party benders. It was the same ship, but the society that I had inhabited was no more. Having embarked on the cruise in order to escape the world, I was instead brought face to face with its most melancholy truth. Sound the foghorn. All things must pass. 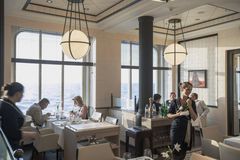 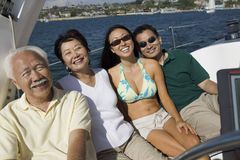 Exploring Grand Bahama (if you can ever leave the beach)
November 24, 2014 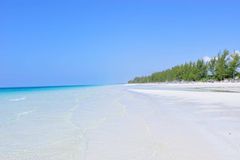