Among the more disparate commemorations in Britain this year are the 90th birthday of Her Majesty and the 40th anniversary of punk music. A tenuous connection perhaps, but it was the Sex Pistols who released their version of God Save the Queen during her Silver Jubilee.

While the Queen is still going strong, punk seems to have faded. I returned to London to see what remained of punk's famously gritty days. In my youth, which I now wish was more misspent, I once stumbled onto an early punk performance. Armed with a freshly issued Visa card and a $200 credit limit, I had flown to London where my friend Jane was spending a term off working in an Aussie bar.

On the advice of patrons, we found ourselves in a scuzzy bar in a non-touristy area of London. The name and location is lost to us now, but I do remember the pub's backroom and its elevated stage where a group of malnourished, sun-deprived kids in torn clothes staggered about. The lead singer vomited, on-stage. I was pretty convinced that was a career-ender. Later, they went on to notoriety as the Sex Pistols. I remembered the floors were so sticky every step took on a Herman Munster stagger. "Hmmm. Spit and cider pub. Which is what pubs were like then," says Stuart Bridgeman.

Since I was booked on a punk walking tour the next day, I did the equivalent of a cram session with Stuart to ground me in punk basics. Stuart is a friend who has worked in the London music scene for the past 25 years. He was with Food Music when they signed Blur and works now as a music "pusher" for Alan James PR, helping them get air time for up and coming groups.

He tells me that punk, which gets its name from "pub music" since many groups started by playing backrooms that could be rented cheaply, came from two massively different schools.

"England was in the toilet. It was a transitional time. Things were so bad both economically and musically that something needed to change," Stuart says. "American punk was much more pretentious, more pseudo-intellectual and far more arty. But here it was far more political and from the street. It was a working class movement that was much grittier, much tougher."

If London had a musical map, 1970s punk was centred in and around Soho, which was then a low-rent district populated by sex shops and dodgy clubs. And that was where I was heading to see what remained of that gritty era.

The next day, I took Aidan McManus's Soho Punk Tour (flipsidelondontours.com). McManus is a proud working-class Londoner who grew up with punk music. To commemorate the anniversary, he turned his encyclopedic knowledge into this walking tour to complement his other tours (Music Movies Murder & Mayhem, Gangland Soho, and Westerly Walk), subjects he says are "the history London ignores."

We met at the Tottenham Court Road tube station and McManus spent two hours sharing his passion for the scene in a fun, gritty, antidote-rich type of punk pilgrimage through Soho.

Our first stop was Denmark Street, London's Tin Pan Alley. Music shops line this short block. It's a place where you can buy anything from instruments to sheet music. Peeking through the No.Tom guitar shop window at No. 6, McManus points to a courtyard. Behind the ground floor window is where the Sex Pistols rehearsed. They lived in a rodent-infested room above. Next door, the Relentless building was once a seedy hotel with in-room inhalers connected to a basement opium burner that glowed 24/7.

In the decades since the golden, gritty age of punk, Soho has been gentrified, bringing a certain respectability to former punk haunts. The old Marquee Club, where the Stones, David Bowie, Eddie and the Hot Rods, Billy Idol, Generation X and others performed and where the Pistols premiered God Save the Queen, has morphed into the Soho Lofts and a restaurant/bar/music club named for its address: 100 Wardour St.

Nearby, the Leicester Square Theatre was a punk venue called the Notre Dame Hall. It was notable not only for the performances it hosted but its location in the basement of a Catholic hospital.

The former Roxy at 41 Neill St., near Covent Garden, which everyone played at, is now a Speedo shop. The St Martin's School of Art, Charing Cross Road (the school moved and the building is now offices and condos), is where the Sex Pistols played their first gig. It was so bad the students booed and fists followed. There were other clashes between audiences, club owners and groups, such as the Teds (Teddy Boys), who more than once chased the Pistols to their solicitor's offices at 119 Oxford St. Once the HQ for the Sex Pistols, it's now a Clark's shoe store.

When not being chased, many punks hung out at Louise's Club, 61 Poland St. It was a lesbian after-hours bar run by an elderly French woman who dressed in men's clothing and didn't discriminate against punkers. The building now operates as the Milk & Honey members bar. Non-members are admitted by reservation (mlkhny.com).

The last of the old punk venues we visited was the 100 Club on Oxford Street. Curiously, it survives. Squeezed between the red front of an Anne Summers lingerie shop and the blue-and-white of a Boots drug store, is a respectable 10-foot-wide black granite slab and generic glass office-style door that looks like it should lead you to an accountant's office instead of a legendary music venue. Walk down the first set of steps and you start to feel the transition from Oxford Street sobriety to dodgy piss-up.

The 100 Club is a large basement room with a rural legion feel. The floor, ceiling and pillars are black. The chipped red walls are covered in framed photos and posters for past acts. A bar is cut into an end wall behind rows of yellow plastic stacking chairs. A modest stage faces an elevated, fortress-like DJ area. It was during the club's first punk festival that Sid Vicious, seeing how tightly packed the people were, invented "the Pogo," jumping up and down as a dance substitute. He later said, "It shows how gullible people are."

The tour over, I continued my exploration with an edible act of punk's gentrification. Chefs at The W Hotel, Leicester Square developed an Anarch-Tea. For my tea, served on a tiered cake stand made of vinyl albums, were cakes and sandwiches on punk themes. The Sex Pistols' God Save the Queen was represented by a small marzipan crown sinking into a corner of a vanilla and almond Battenburg cake. A turquoise Mohawk rose from another cake to portray Sigue Sputnik's 21st Century Boy. Shut Up by the Stranglers was represented by a pair of strawberry mousse red lips. There were Gang of Four sandwiches (smoked salmon, cucumber, roast beef and horseradish, and cheese). In addition to tea, you could opt for champagne or a Lust for Life cocktail of cachaca, zesty lime, sugar and passion fruit.

Real punks might cringe, but seeing a YouTube video of a 60-year-old Johnny Rotten wearing a camel-hair topcoat while revisiting scenes of the Sex Pistols' youthful infamy gave me permission to enjoy the W's tea.

First-wave punks may have gotten paunchy and pedestrian, but the music and movement once filled a need. This anniversary offered an unvarnished reconnection to old ideas and a laugh at some of punk's new-found respectability.

The writer was a guest of VisitBritain and WestJet. They did not review or approve this article.

Punk London events continue through the fall. Here are some of the highlights. For the full lineup visit punk.london.

Being Punk, Museum of London, until July 28: This mini exhibit shares the fashions and stories of people who lived through the scene. It's just one of several Punk London events planned for the museum. museumoflondon.org.uk; free

Punk 1976-78, British Library, until Oct. 2: This archive of fanzines, recordings, concert flyers and more explores punk's early days, beginning with the Sex Pistols. Time Out's review: "You get a sense of just how exciting and inspiring punk was before heroin and disillusionment killed it off." bl.uk; free

Don Letts Presents Punk On Film, Aug. 1 to Aug. 31, BFI Southbank: Don Letts, a film director, musician and DJ who worked with such acts as the Clash and the Psychedelic Furs, curates this collection of films including Eraserhead, and – of course – Sid and Nancy. whatson.bfi.org.uk; £8.35-£11.75

Joe Corre Burns His Punk Stuff, Nov. 26: In what is truly a punk move, the son of Sex Pistols manager Malcolm McLaren has said he will set memorabilia valued at £5-million ablaze. The location is yet to be confirmed. burnpunklondon.com; free. 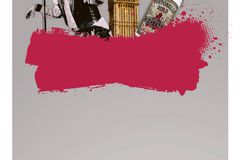 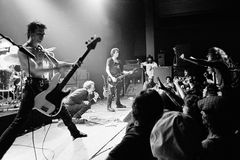