Like many Canadians who were planning to travel this summer, Katherine McCracken’s plans have drastically changed. “We have a cottage in Nova Scotia booked for June, and we’re going to push it to 2021,” she says. The cottage is on a lake 20 minutes outside Halifax; McCracken, who lives in Ontario, found it on the short-term rental site VRBO, and was planning on visiting with her husband, two-year-old son and mother. She’s just one of many Canadians who are postponing, if not cancelling, their bookings due to COVID-19.

With travel almost completely come to a halt while Canadians are under lockdown, and some provinces and states – including Ontario, Quebec, Delaware, Florida, Georgia, Pennsylvania and Vermont – temporarily banning Airbnb, VRBO and the like in a bid to slow the spread of the virus, the outlook would seem dire for short-term rentals. According to AirDNA, a vacation rental market research firm, globally, new Airbnb and VRBO bookings are down 78 per cent from their pre-coronavirus levels. And while none of these companies have commented on the financial impact of this downturn, in early April, the Wall Street Journal reported that Airbnb was now valued at US$18-billion, almost half of its value in 2017.

But it would be a mistake to write short-term rentals off. Travellers may be postponing or cancelling upcoming reservations, but they haven’t lost faith in the industry.

3BNB, a rental-management agency with clients in Calgary and Edmonton, initially lost about 75 per cent of its reservations in the wake of the virus. But owner Maksym Halenda says occupancy rates are now hovering around 80 per cent thanks to a pivot in marketing to longer-term guests and people who are in a housing transition period, either because they’ve sold their home or are ending a lease. It’s also rented some properties to American workers who are in Edmonton to build a new Amazon warehouse. But these are temporary fixes to what Halenda sees as a short-term problem.

“Based on the still-strong demand we are seeing, we don’t expect a change to short-term rentals because of the virus,” he says. “A large portion of our guests tend to be business travellers, or other Albertan or Canadian travellers, not foreign travellers, so we expect demand to pick back up when businesses open up in the next couple of months.”

Other travel experts tend to agree. For Britt Kasco, the founder of Origin Travels, a women’s adventure travel company based in Toronto, short-term rentals may be a way of mitigating risk when planning her company’s offerings for 2021. “Smaller hotels, guesthouses and private residences offer less of a risk of transmission through high-traffic areas like washrooms, lobbies and elevators, [compared with in larger hotels,]” she says. “And I think the general public will be feeling this way, too. It will be hard to forget the knee-jerk reaction to keep a six-foot radius from others, or the urge to press elevator and automatic door buttons with your elbow.”

AirDNA data support Kasco’s speculation about consumer interest in short-term rentals. In March, rural properties actually showed year-over-year growth in the U.S., likely because travellers were trying to head away from crowded urban centres despite government and public health officials’ advice to stay home. Clearly, these types of accommodation are still perceived as desirable.

Of course, not everyone sees short-term rentals as a viable solution. “The advantage of a hotel is the regular professional cleaning and the ability to implement new health guidelines from health officials,” says Juan Hernandez, an operating partner Elli Travel, a boutique luxury travel agency based just outside of New York.

Hygiene may be a point of differentiation for hotels, which are ramping up their efforts in response to the coronavirus. Marriott Hotels, for example, announced new hygiene policies on April 21. High-touch surfaces in public areas and guest rooms will now be cleaned with hospital-grade disinfectants at increased frequencies, hotels will install additional hand-sanitizing stations throughout their properties, guests can opt for contactless check-in and there are new food-safety protocols, including new approaches to buffets. And this week, Hilton announced it has partnered with the Mayo Clinic and U.K.-based Reckitt Benckiser, the parent company of Lysol, to create new hygiene protocols, which will launch in June.

But for many Canadians, McCracken included, the benefits of short-term rentals outweigh any potential downsides. “We prefer VRBO rentals over hotels because we require a kitchen when travelling. I have celiac disease and finding dedicated safe restaurants is difficult. We also like the larger space and feel that you are living in the city like a local, rather than a tourist,” she says. “When things go back to normal, we will definitely look to book them again.” 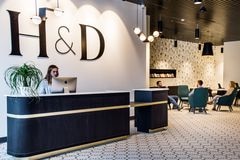 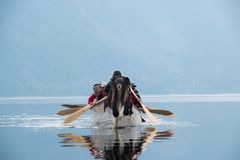 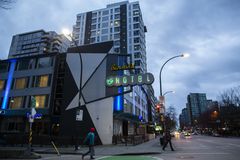