When Air Canada announced it was launching its own loyalty program, many travellers were worried about a devaluation coming to existing points in the current Aeroplan program, but the changes coming should get you excited to fly again. After a slight delay due to the global pandemic, the new loyalty program has been revealed, and it’s a complete overhaul. Here’s what you can expect from Air Canada’s Aeroplan, which soft launches on Nov. 8 with a full rollout in 2021.

While the name Aeroplan isn’t changing, the website will eventually be taken offline. All reservations will ultimately be done on Aircanada.com or through the Air Canada app. This will be convenient for users because they can search for redemptions and see the cash fare simultaneously. Going forward, you’ll earn and redeem Aeroplan points instead of Aeroplan miles.

When searching for routes, you'll now be presented with more than 100 options so you can find what's ideal for you, and there will be filters available, such as preferred airline, cost, points required, length, etc., to make searching and selecting easier.

Every seat is now available on Air Canada flights

Under the old Aeroplan program, there was a limited number of seats available for award redemptions. When using the fixed reward chart, this forced people to choose less than ideal flights and/or times. Now, points can be redeemed for any seat that's available on Air Canada, including business and premium economy.

Aeroplan partner airlines will continue to have a limited number of seats available for redemption, but they'll have a fixed price for reward seats regardless of the time of the year or popularity of the route.

While most of the changes with the new Aeroplan are positive, there's one thing that will likely annoy people. When booking a reward flight on Air Canada, dynamic pricing will apply. That means popular routes or dates will cost more points. On the flip side, travelling during off-peak times will cost fewer.

To help you plan, Aeroplan has a points prediction tool that will estimate the range of points needed to redeem a flight. Dynamic pricing is something many airline rewards programs have been moving toward, so it’s no surprise that this has been introduced.

One of the biggest complaints under the old Aeroplan was that Air Canada and many of its partners charged hefty carrier surcharges. For example, if you wanted to redeem your miles for a flight to Germany on Air Canada, you would be hit with more than $900 in fees. Paying for an economy seat ticket was often similar in price, but you wouldn’t have to use your miles.

In a surprising move, Air Canada has removed this fee for all carriers (though taxes and third-party fees still apply), but there is a $39 fee when booking with partner airlines. There’s now no need to find routing with a partner airline that gave you a less-than-ideal itinerary just to save cash. Although it may cost you more points to redeem a flight, the savings you get from not paying surcharges make it a pretty good trade-off.

Forget what you know about the old Aeroplan flight reward chart – everything has been revamped. There are now four zones: North America, South America, Atlantic (includes Europe, Africa and the Middle East), and Pacific. Each zone has different distance bands based on miles travelled, so the number of points for a free flight now depends on which zone you’re flying to, how far the distance is in miles and which carrier you’re using.

This new chart creates some sweet spots that can be beneficial for travellers. For example, flying one way to Tokyo from Vancouver or Calgary in business class will cost you as little as 55,000 points. Under the old plan, it would have required 75,000 miles. Alternatively, a return flight to New York from Toronto will now cost you as little as 12,000 points. That’s 3,000 fewer miles than before.

One new feature that eliminates a previous pain point is the ability to pool your points with family and friends. You can now essentially combine your points into a single group of up to eight people.

You join the group with your points, which can be used immediately. When making redemptions within the group, points are taken out at a ratio that corresponds with how many points you have.

Let's say you're in a group of two, and one member has 60 per cent of the points while the other has 40 per cent. If you're redeeming 10,000 points, the split would be 6,000/4,000 between the two of you. Group members would also be able to share preferred redemption pricing as long as one of the members has Elite Status or is a primary Aeroplan credit cardholder.

But once you join, you can’t leave for three months. As soon as you’re out, you can’t join another group for six months. Your individually earned points leave with you.

TD, CIBC and American Express will continue to issue different tiers of co-branded Aeroplan credit cards. Although each issuer will be different, the benefits provided will be similar, so look out for free checked bags, preferred redemption rates, lounge access, priority services and more. These new cards are launching in November, and there's expected to be some generous offers to entice people to sign up at that time.

Other things that are coming include points earned on every flight, micro-redemptions starting as low as 1,000 points, improved elite status, and the ability to use points plus cash to make redemptions. The Aeroplan eStore will also see an improvement with more partners, higher earn rates, new hotels available and more. For the full details of the new Aeroplan, visit http://www.aircanada.com/aeroplan. 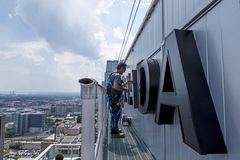 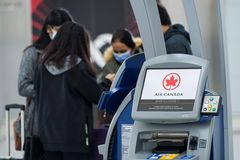 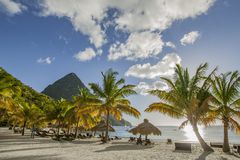