Street food. Artisanal gelato. Gourmet panini. Rome can be a great place to eat if you avoid the tourist traps, says Elizabeth Minchilli (elizabethminchilliinrome.com), a food and architecture writer who has written, among other things, a popular Eat Rome app.

"What makes it such a great culinary destination is that it is a real city where a huge population works, lives and eats. That means that you can still find places that locals go to – traditional, corner trattoria that are serving Roman food."

Rome is also undergoing a resurgence with a new generation opening up places, says Minchilli, who came to the country to study 16th-century garden architecture and ended up marrying an Italian and staying.

She recommends zeroing in on the Monti neighbourhood, which is central yet without the big monuments that pack the streets with tourists. Hungry yet? Here are five of her favourite places to eat.

"Ingredients are organic and sourced locally, a forerunner of the Zero Kilometre, or locavore movement, in Rome. Even if it's relatively new, the decor makes it feel like it's always been there. Mismatched tables and chairs are scattered over several loft-like rooms, including one that is completely open to the kitchen." 47 via Urbana, urbana47.it

"Fatamorgana was one of the first artisanal gelaterie in Rome to start playing around with weird and wonderful ingredients. My favourite is Dukha, a Middle Eastern-inspired melange of sesame seeds, hazelnuts and coriander. And then there are flavours such as pear and gorgonzola, which must be popular since it's always freshly made." 5 Piazza degli Zingari, gelateriafatamorgana.com

"You can't miss Ai Tre Scalini if you are walking down Via Panisperna. It's the place where dozens of relaxed-looking Romans are spilling out onto the street, each one holding a glass of red wine, talking and generally having a great time. You can choose from one of the most interesting lists in the city, by the glass as well as by the bottle. While most people head here mainly to drink, you can also make a meal out of their menu of cheeses, salamis and rustic savoury tarts." 251 via Panisperna, colosseoorg.wix.com/aitrescalini

"Pizzeria Alle Carrette is typical of a good local Roman pizzeria. The dough is left to rise overnight, then rolled out super thin. The wood-burning oven is huge and its high temperature means that they can turn out pizzas fast and furious. Toppings are, for the most part, traditional. You're not going to find any pumpkin or balsamic reduction here. Instead, this is where I order a capricciosa, which in Rome means prosciutto, mushrooms, artichoke heart, olives and a hard boiled egg." 95 via Madonna dei Monti

"One of the best new sweet shops to open happens to specialize in raw vegan chocolate delicacies. Don't let the words vegan and raw scare you off. This is one of the most sophisticated and delicious pastry and chocolate shops to open recently in Rome. The cool and modern little shop offers a half dozen exquisitely made chocolate pastries, including what they call a brownie, which is a mixture of rich dark chocolate and nuts. Don't miss their dairy-free gelato hidden behind the counter."130 via Urbana, grezzoitalia.it

Here's the Sicily you haven't seen (but really should)
July 4, 2014
Bet you never thought you could find ancient Greece in Italy
May 2, 2014 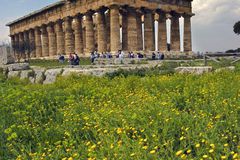 Five surprising destinations to enjoy stress-free Europe
April 25, 2014
Follow us on Twitter @globeandmail Opens in a new window
Report an error Editorial code of conduct
Due to technical reasons, we have temporarily removed commenting from our articles. We hope to have this fixed soon. Thank you for your patience. If you are looking to give feedback on our new site, please send it along to feedback@globeandmail.com. If you want to write a letter to the editor, please forward to letters@globeandmail.com.
Comments