It's no exaggeration to say the Caribbean is getting walloped this hurricane season, both by the number of storms and their strength: When Maria roared into Dominica on Monday, she brought winds that neared 260 kilometres an hour, tearing off rooftops and wreaking havoc described by Roosevelt Skerrit, Dominica's Prime Minister, as "mind boggling."

But these storms bring unequal wrath: Though some islands have been devastated, others remain unscathed, and even within affected destinations the impact from town to town can vary. With hotels and some airports affected, the hurricanes are also causing uncertainty for travellers, both in the near and mid-term.

"It's been an active season, to say the least," Hugh Riley, secretary-general of the Caribbean Tourism Organization, said in a phone interview. "And it's not over – there are still realistically several weeks of the normal hurricane season. Even as we rebuild and restore, we have to continue to prepare for what may come."

Riley noted that in the immediate aftermath of a monster storm, even needs assessments can be challenging, but that there are efforts to bring in generators and building supplies so that repairs can get under way even before power is restored.

In the meantime, here's how the 2017 hurricane season might affect your Caribbean travel plans. (Note: All information was current at the time of publication.)

One of the biggest factors affecting Caribbean travel for the foreseeable future is the closing of St. Maarten's Princess Juliana International Airport. The airport is currently acting as an emergency and evacuation hub but will require extensive repairs; the effect will be a rippling one, as St. Maarten (a Dutch country on the island of Saint Martin) is a popular hub for international travellers connecting to smaller islands. Sunwing announced this week that it is suspending flights to and from the island until April, while Air Canada, which typically does not commence seasonal flights to St. Maarten until December, has cancelled service indefinitely pending more information on recovery times. WestJet Airlines is currently scheduled to resume service on Oct. 31.

Air Canada has also suspended service to the Turks and Caicos Islands until further notice, while WestJet has cancelled flights to Cayo Coco and Santa Clara, Cuba, through Oct. 31. Both airlines are waiving change fees for passengers on flight paths affected by the storms.

In the British Virgin Islands, Long Bay Beach Resort and Villas and Scrub Island Resort, part of Marriott's Autograph Collection, report closures until further notice, while a number of other hotels that were closed seasonally during the storm either expect to open as planned or await status updates.

St. Croix, meanwhile, was largely spared: Its airport is fully operational and most hotels remain open for business.

While cruise ships continue to embark from Miami, Port Everglades in Fort Lauderdale and Port Canaveral – the world's three busiest cruise ports – many major cruise lines are rerouting their ships to circumvent islands that have been heavily damaged. Carnival and Royal Caribbean are among the lines swapping out the hard-hit St. Thomas in the U.S. Virgin Islands, while Norwegian Cruise Lines is replacing its eastern Caribbean itineraries with western ones for the next two months. Most cruise lines are also cancelling regular stops in St. Maarten and making other itinerary modifications as required.

Dive into an underworld of the planet’s lesser known marvels
August 13, 2017 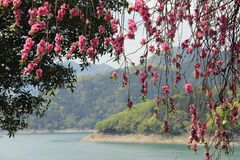 Thumbs up, down under: Stories from hitchhiking across Australia
September 14, 2017 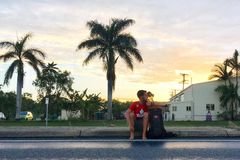