I am jogging across the thick sea ice as fast as my chunky rubber boots and oversize parka will allow, feeling like the Michelin Man version of the sleek, naked sprinter in the Inuit film Atanarjuat: The Fast Runner. Sloshing through pools of turquoise meltwater, I aim toward a massive, shiny black lump bobbing 300 metres away – a bowhead whale in a hole it smashed open from beneath – through 60 centimetres of ice – with the distinctive bump on the top of its skull.

Blowing geysers of mist into the air, it is taking a breather from sift-feeding on zooplankton. Bounding closer, I realize there are actually two – no, three! – whales sharing the same hole. Each takes a breath and slips away; when I arrive, gasping for air myself, I am staring into a big black hole, swirling only with slush, in the Arctic Ocean.

Early that morning, we had left the Nunavut hamlet of Igloolik on a 24-foot powerboat with an interpretive guide, Derek Kyostia, from Frontiers North Adventures, the polar bear tundra buggy folks. In 2011, the Churchill, Man.-based company ran its first-ever bowhead whale and walrus-spotting expedition, a kind of Big-Two Arctic Safari. It's a rare event as this pair of hefty critters overlaps in the same waters only for about two weeks every July. Frontiers North runs just one weeklong trip.

Bowheads – up to 20 metres long and weighing in at 75 to 100 tonnes – are second in size only to blue whales. In spring, as Arctic ice breaks up, they migrate north from southern waters into Foxe Basin between Baffin Island and the Canadian mainland. But their route is blocked by the icy plug of Fury and Hecla Strait: Once that bottleneck opens, the whales head to their summer feeding grounds.

In the meantime, they gather by the thousands off Igloolik (population 1,700). That's where a small group of us drops our gear at the Inuit family-run Tujurmivik Hotel and heads out for our first waterborne safari. Our boat is tethered on the seaward edge of the ice sheet and we reach it riding a snowmobile-pulled komatiq, Inuit sleds that flex like Gumby over bumpy sea ice.

It's a calm day with ice chunks drifting in the sunshine. We spot our first whales within an hour, dozens of flukes (tails) are flapping out of the water above a stew of whales. "Mating," says Judah Sarpinak, our local Inuit guide. We eavesdrop on whales feeding, singing, even snoring, and there are continuous calls of "3 o'clock, whale breaching!" and "spy hopping at 5 o'clock!" These whales are rocking around the clock.

That evening, I prowl Igloolik, where young women carry their babies in amauti parkas and ATVs speed along dusty roads. I chat with carvers creating sculptures in the warm 24-hour light, then head to Igloolik's flying-saucer-shaped science centre, where a researcher pores over satellite images. "Fury and Hecla opened up this afternoon," he says. "That's it for your whales."

Sure enough, the next morning there isn't a whale in sight. But we are soon on the trail of a polar bear meandering the floe edge, rising up on his hind legs for a look at us. After an hour, it jumps into the water, swimming into a fog bank that blocks our route to walrus waters. We turn back to town after a walrus-less afternoon and tuck into caribou stew for dinner.

A traditional community with an active hunting, fishing and arts population, Igloolik is Nunavut's cultural centre, home to ArtCirq, the Inuit circus that performed during the Vancouver Olympics opening ceremony. And, just before this summer's whales and walrus trip by Frontiers North, Igloolik will host its third Rockin' Walrus Festival from July 4 to 7, which features musicians from across Canada's North.

Throughout the next morning, Judah steers us through a moody, deserted labyrinth of ice chunks swirling with drifting fog. "We need a walrus whisperer," Derek mutters. Finally, we pull up on an island pebble beach to prowl the remains of ancient sod houses built with boulders and whale bones. In a meadow of wildflowers, we break out a lunch of fresh bannock and smoked Arctic char. Flocks of eider ducks and kittiwakes swoop overhead.

When we set off again, we smell the walruses before we see them. On a pancake of ice, the Odobenus rosmarus (Latin for tooth-walking sea horse) gather – they are massive blobs of brown and pink blubber adorned with mustaches and tusks, grunting, snorting and, yes, farting. Weighing up to 1.5 tonnes, it boggles the mind how much shellfish these fellahs must scoop off the bottom to keep their figures. But Judah sees something else. The local Inuit hunt walrus (Odobenus rosmarus, Latin for tooth-walking sea horse) for food, and as we slowly circle the bellowing creatures, he tells us about a local delicacy called igunaq, walrus meat cached for months under a pile of stone until fermented into something akin to hyper-aged blue cheese. "Mmmm," he says with a big grin. "My mouth is watering."

A closer look at the waters off Igloolik
Gallery
March 21, 2012 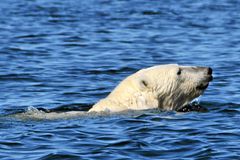 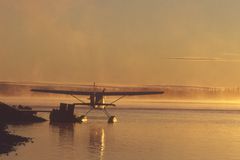