If you're going to Greece this year, chances are you'll pass through Athens. You'll probably stay a night, see the Parthenon and then leave quickly. Few visitors have much good to say about the Greek capital: It is busy, chaotic, dingy – a real culture shock when landing from Europe's tidier, more picturesque cities. Most travellers arrive thinking that they have come to the land built by Pericles and are quickly disappointed by the endless sprawl of concrete blocks that blanket the mountainsides. Unwieldy, anarchic Athens has more in common with Beirut and Istanbul than it does with Paris and London.

In the early 2000s, just before the Olympics, Athens cleaned up its act and began promoting itself as a well-groomed Western European capital. The tidiness lasted less than a year, and the current economic crisis means that the city is back to looking more like a Middle Eastern metropolis. Then came the apocalyptic news headlines, and clips of riots and endless strikes, which further discouraged visitors.

That's a shame because Athens is a fascinating city. Beyond some of the oldest and most important monuments in the world, it boasts some of the best cafés on the continent and a nightlife that rivals any of its Mediterranean neighbours. If given a chance, Athens can be enchanting.

Here's the first rule for visiting Athens: Don't stay in a hotel anywhere near Omonia Square, ground zero for the hardship that afflicts the city these days. Instead, stay around Syntagma Square and Plaka. I like to stay at the Dryades Hotel in the Exarchia neighbourhood, a steep walk uphill but on a quiet street that offers amazing views.

I usually start my day with an espresso on the patio of Tailor Made, a roastery that serves the best coffee in the city. I once heard that Greeks are the slowest coffee drinkers in the world and that might just be true given how long they can make a cup of espresso last at their table. Prices for coffee are high, but you're paying for the patio real estate, not the drink itself, and €3 means you can linger all day reading Zorba the Greek.

Athens's central market is definitely worth a visit, with its astounding array of seafood and opportunities to tuck in. Just beware of the old ladies throwing elbows while you admire the piles of giant squids, sardines, smelts and octopuses. I like to grab a bite at one of the many grills inside the market that serve small plates of fresh fish and hot peppers. Join the locals for a late-morning tipple of tsipouro, a strong grape-based spirit, with your snack.

This brings me to my second rule: Avoid eating in well-known spots such as Plaka and Monastiraki. Plastic menus in multiple languages and swarthy hosts who call at you to come inside their restaurant abound. Greek food is similar in most eateries – it's the quality that varies widely. Taking a few steps outside the tourist area will significantly reduce the price and increase the flavour of any meal. I head to Vergina in Exarchia, a simple taverna serving home-cooked food a grandmother would make. Try the village salad, white bean stew, stuffed peppers and braised beef that melts off the bone with a cold Mythos beer. I also like O Skoufias in Gazi, another traditional taverna that does excellent lamb.

In the afternoon – assuming you have already made the obligatory Parthenon visit – wander through the barren area under the Acropolis that was once the agora where Socrates held forth. Stroll up the path to Filopappou Hill for an amazing vista: From here you can see all of Athens, from the Mediterranean port of Piraeus to the ring of mountains in the north. The walk is also guaranteed to work off your lunch.

On the road that rings the Parthenon you'll find the Acropolis Museum. Opened in 2009, it is a stunning tribute to ancient Greek civilization. Look through the large windows and the 360-degree panoramic view and wonder how the various pieces of marble on display once fit into the Parthenon. The museum also has the nicest patio in the city, and serves delicious, reasonably priced food. It's not a bad way to spend a lazy afternoon admiring the birth of Western civilization.

As evening rolls in, sunset atop Lykavittos hill is a must (take a taxi), followed by dinner at Ep Avli, an elegant restaurant with a rooftop patio in the quiet, middle-class Pagrati neighbourhood. The economic crisis has shortened the lineups, but the grilled fish remains excellent at this converted 19th-century mansion.

I typically start my night in Psyrri, a storied working-class neighbourhood that explodes in the evening with tables spilling onto the road. At Psyrra (Greek for flea) bar, the raki is extraordinarily cheap by the carafe (share it with the table). A giant bowl of nuts helps to soothe your tongue and vital organs after imbibing the firewater. For a classier drink, the cafés of Thissio offer fantastic sight lines of the Parthenon. Nearby, two of the most atmospheric bars in the world – Six D.O.G.S. and T.A.F. – pack in guests every night of the week. Both are built into the secret courtyards of dilapidated but charming 19th-century buildings with mutilevel seating and an eclectic, artistic crowd. By day, the open-air hangouts double as art and music spaces.

From here the night splits in two. For a quieter evening, head up the cobblestone Apostolou Pavlou road toward the Parthenon entrance. A dark path through the trees will lead you to the Pnyx, a hill where early Athenians held their popular assemblies and where democracy got its start. Little known to outsiders, the rocky outcrop offers a close-up view of the Acropolis as you listen to young Greeks strumming guitars, drinking beers and singing with friends. Another idea is to catch a film at the outdoor Cine Thisio, which CNN deemed the most enjoyable movie theatre in the world.

For a more lively night, head to Kerameikos, also called Gazi, the ancient potters' quarter from where the word "ceramic" is derived. These days, it's the central bar and club district. It can be startling, given the sheer number of people and bars blaring every type of music imaginable. Mamacas is a perennial favourite. The neighbourhood also features some of the city's best restaurants, and is home to Athens's gay district. But even here – amid flashing strobe lights and glittering lounges – the economic crunch is plainly visible: bargoers milk one drink, fewer venues open all night as they once did and others have disappeared. Athens is a city under siege – and it shows.

Which is why my last rule is perhaps the most important: Come with an open mind and expect a little chaos. Any other city would have collapsed under the weight of crippling austerity, but Athenians, who have survived Persian attack, Ottoman occupation and military dictatorship, will be the first to let you know they have seen worse.

After you've seen the Parthenon, there is much more to explore.

Acropolis Museum Opened in 2009, the museum is a testament to Athens's glorious past. The restaurant inside is affordable and the patio offers the best views in the city. 15 Dionysiou Areopagitou St.; theacropolismuseum.gr/en

Monastiraki Flea Market Though Sunday is prime time for shoppers to browse endless piles of used clothes, furniture and trinkets, the winding streets and ramshackle stores offer some of the best shopping in the city any day of the week. Monastiraki Square

Central Market Visit the fish market in the morning to see piles of the freshest catches from the Mediterranean. Try one of the no-frills restaurants for patsas, a soup made of lamb stomach. Greeks swear by it. 42 Athinas

Ep Avli An elegant restaurant in a 19th-century mansion with fresh fish and friendly service. 14 Archimidous

To Kati Allo Tucked behind the Acropolis, this place is popular among Athenians looking for their grandmother's homemade meals, order the stuffed peppers or lamb chops. 12 Hatzichristou

Psyrra Psyrri's most popular bar and one of the cheapest places to start – or end – a night while sipping rakomelo: fiery raki sweetened with honey. 19 Miaouli

Tailor Made It has Athens's best coffee, but it's better for drinking than eating. Agias Iirinis Square; tailormade.gr/en

Floral In the rough-around-the-edges Exarchia neighbourhood, Floral adds a bit of class with fancy cocktails and pricey coffee. 80 Themistocleous; floralcafe.gr

Hotel Grande Bretagne Athens's most famous luxury hotel right smack in the centre of Syntagma Square. The rooftop bar is classy and has a breathtaking view. Rooms from $316 (€235). Syntagma Square; grandebretagne.gr

New Hotel Friendly staff and unusual decor make this a perfect place to stay if you're tired of stuffy business hotels. Rooms from $165 (€123). 6 Filellinon St.; yeshotels.gr

Dryades A budget option in the Exarchia neighbourhood run by a family that is always willing to help with travel arrangements and advice. Rooms from $40 (€30). 4 Dryadon; orion-dryades.com

A cultural jewel in Athens that’s on the brink of closure
October 26, 2012 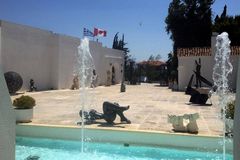 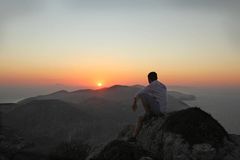 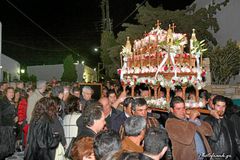