Tim Nelson is standing at the top of a snowy downhill race course in the Purcell Mountains. The track features jumps, banks, curves and straightaways where racers pick up speed. Nelson is in snowboard boots, scoping out the competition.

He is the returning champion of the annual GT or Die race, here to defend his title. Yes, GTs – those dinky plastic sleds that Santa buys at Canadian Tire. But this isn't about kids zipping down a pimple at the local park. This is a hold-my-beer kind of event for grown-ups in the backcountry near Golden, B.C.

About 200 racers and spectators are here for the race. Nelson is the one to beat. He eats burgers in the off-season as part of his training regimen. He has put new grips on his GT's handlebars and has re-engineered it – "mods" in the lingua franca of GT or Die – to make it lighter. He wears a black ball cap instead of a helmet. Sunglasses.

Nelson takes his place at the starting line, at the top of a small knoll designed so racers gather speed before the first curve. Four, sometimes five competitors are in each qualifying heat. The track runs about 300 metres.

"I'm a little nervous," Nelson says before his heat. "Doesn't seem like much, but as soon as you're called to drop in, you have to pee."

GT or Die takes place at Quartz Creek, a snowmobile hot spot 40 kilometres northwest of Golden on the Trans-Canada Highway. This year, sporty goofs will gather for the 10th annual GT or Die on April 15. The event is about more than reliving your childhood while crashing on corners. It is a charity event, with the money from entrance fees and a barbecue going to the Golden and District Search and Rescue Association. It also fills a void in the Kootenay region.

"It is the only winter event we have in Golden other than the ski hill events," says Brian Lavoie, a GT or Die founder. "This is it for backcountry stuff."

The race course may be in the backcountry, but that does not mean it is a slipshod track. One of Lavoie's pals owns a snowcat, which organizers use to build and groom the twisty course. In good snow years, they construct a halfpipe. Women race before the men. Avalanche gear – beacons, probes, shovels – is mandatory.

GT or Die caps off with a bonus race – known as Insane on the Poo Stain – in which participants straight line down another slope. Organizers moved it last year because the snow conditions were unsafe.

Competitors and their fans access Quartz Creek by snowmobile and congregate on the course's corners to witness crashes and at the bottom to chill by the bonfire, barbecue and finish line. The smart ones bring lawn chairs. One fellow spends the day in a sumo costume. A woman hula hoops at the base, where music plays. Revellers occasionally take off for a rip on their snowmobiles. The crowd raises about $1,000 at this edition of GT or Die.

Athletes must prepare psychologically to win this glorified toboggan race.

"One of the keys, though, is to read the other racers. If they are in neon, it is kind of a bad thing – they aren't going to do well if they are wearing neon," Nelson says. "But if they are in earth tones – earth tones are usually contenders. Those are the guys that train in the off-season."

Nelson takes an early lead in his heat. Two competitors crash on the first corner. A dude in yellow – yellow! – gets in front of him. Nelson drops to third as the finish line nears. There is a jump at the end of the course. Nelson comes in hot, then jumps off his GT to fly over the finish line Superman-style.

Nice try, champ, but that's illegal. Competitors must be touching their GT as they cross the finish line. Even the guy in yellow – yellow! – finishes ahead of Nelson. Huge upset. Nelson, in a blue jacket and black ski pants, must now compete in the wild-card race in the hopes of making it to the final.

The rules change in the wild card. About 10 athletes qualify – and they all race at once. But before they leave the starting gate, they must slam a beer. Nelson wins easily, earning a spot in the final – but not without stirring controversy in Quartz Creek.

Darren Smith, from Calgary, doesn't like Nelson's style either. "Tim's a big cheater, man. He goes around that big jump every time."

The race officials let Nelson into the final anyway. Adam Simson is in, too. The pair have a history. Simson has raced in GT or Die from the beginning, never topping the podium. Last time, he finished second to Nelson.

The race starts. Racers pinch Nelson out of the pack early. One competitor crashes on a roller, opening a lane for Nelson to get back in the chase. He rides Simson's tail the whole way. On the second last corner, he prepares to pass him. Simson shoulder checks, sees Nelson – and blocks him.

"I just had to cut you off," Simson tells Nelson after the (literal) fireworks end. "I knew you were going to pass me."

"As soon as you get in those starting gates with three other guys, the competitive nature is hard to ignore," he says. "I'm going with the same GT. My son got me new grips for Christmas, so I'll put some new fancy grips on it and be good to go.

"He was my lucky charm last year. I got to win it for him last year, so, yeah, he'll be definitely out there again."

The Quartz Creek parking lot is about 40 kilometres northwest of Golden, B.C., on the Trans-Canada Highway. The GT or Die race course is about 15 kilometres into the backcountry, accessible by snowmobile or snow bikes. Organizers may ferry folks in by snowcat, but check ahead. Generous snowmobilers will give strangers rides if there's room on their sleds. The first six kilometres of the trail can be pure mud in April. "A lot of people just end up wrecking their sleds or blowing up their engines because there's no snow on the road to cool your sled," founder Brian Lavoie says.

Scores of GT or Die participants camp in the parking lot. The more sensible and sober ones stay in Golden, which hosts scores of hotels, motels, B&Bs and cabins ranging from rustic to luxury. Quartz Creek is about 100 kilometres east of Revelstoke, which also boasts an array of accommodations. 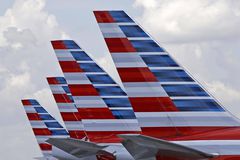