The British Columbia government says it remains committed to freezing electricity rates as part of its affordability agenda, despite recent comments from Premier John Horgan suggesting he was having second thoughts about the key NDP pledge.

Shortly after talking power last year, the government directed Crown-owned BC Hydro to cancel a requested rate increase before the B.C. Utilities Commission and instead propose keeping them steady for the 2019 fiscal year. A rate freeze was among campaign promises that also included dealing with auto-insurance costs and help for renters.

Mr. Horgan appeared to outline a different approach last week, telling a news conference he was awaiting the utilities commission's ruling on BC Hydro's proposed rate freeze, while adding: "I am now more convinced than ever that the better course of action on affordability is not blanket reductions or freezes, but targeted to those who can best benefit from relief in this area."

In a statement on Thursday, Jen Holmwood, deputy communications director in the Premier's Office, said the government's position had not changed.

"We directed BC Hydro to apply for a zero per cent increase for 2018, and that is still what we are seeking."

After Mr. Horgan's comments last week, the utilities commission, the independent energy regulator for the province, decided to hear additional submissions on rates through Jan. 30, a spokesperson said in a statement on Thursday.

In an e-mail exchange, commission spokeswoman Katharine Carlsen noted that BC Hydro had requested amendments to its fiscal 2019 rates, seeking to change its rate increase for that year from 3 per cent to zero per cent.

BC Hydro's chief regulatory officer, Fred James, wrote to the commission on Wednesday, reiterating that the government's proposed rate freeze "is an unequivocal expression of government policy that should be given significant weight" in its deliberations.

"A rate freeze is one component of a refreshed plan for rates," he wrote in the letter, which was provided to The Globe and Mail by the commission.

The NDP-proposed rate freeze has raised concerns because the government said it plans to add the $142-million in lost revenue linked to the measure to BC Hydro's debt load.

Moody's, the bond-rating agency, has said Hydro's burgeoning "deferral accounts" are a risk to the province's AAA credit rating.

In a December filing to the utilities commission, BC Hydro said the government's freeze should be upheld because it was a clear direction to Energy Minister Michelle Mungall in her mandate letter from Mr. Horgan when he appointed her to cabinet.

Elsewhere on the affordability front, the NDP government is considering options to make auto insurance rates more affordable, but has yet to detail specifics. An independent report is due at the end of the month, outlining options to reduce the costs that force increases in rates.

Details on how the NDP is going to proceed with key planks of its affordability agenda, including daycare and the rental rebates, are likely to come in the budget, which is due next month. 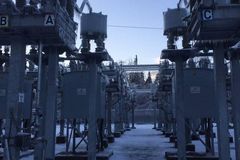 BC Hydro feels revenue squeeze while NDP commits to rate freeze
November 8, 2017
Follow Ian Bailey on Twitter @ianabailey
Report an error Editorial code of conduct
Due to technical reasons, we have temporarily removed commenting from our articles. We hope to have this fixed soon. Thank you for your patience. If you are looking to give feedback on our new site, please send it along to feedback@globeandmail.com. If you want to write a letter to the editor, please forward to letters@globeandmail.com.
Comments are closed