The Law Society of British Columbia must convene a special general meeting to review its recent decision to accredit a proposed faith-based law school at Trinity Western University after receiving written requests from more than 1,000 society members.

Under society rules, such a provincewide meeting is required if requested by at least 5 per cent of members. Victoria criminal defence lawyer Michael Mulligan, who sought to collect signatures from at least 600 members, says he has received more than 1,300 as of Thursday. In all, the society has more than 13,000 members, including practising, non-practising and retired lawyers.

At issue is a line in the Christian university's community covenant that requires all students, administrators and faculty to abstain from "sexual intimacy that violates the sacredness of marriage between a man and a woman." Critics, such as Mr. Mulligan, insist it discriminates on the basis of sexual orientation, while defenders invoke the right to religious freedom.

Both the Federation of Law Societies of Canada and B.C.'s Ministry of Advanced Education approved the law school in December, leaving the final hurdles with provincial law societies. After short but passionate presentations on April 11, the Law Society of B.C.'s board of directors – known as benchers – voted 20-6 in favour of accrediting the school. Ontario's benchers on Thursday voted 28-21 not to, and Nova Scotia's are expected to decide on Friday.

Mr. Mulligan said it is important to note the issue is not about the religious beliefs of TWU or its prospective graduates, but the accreditation of an institution with what he calls discriminatory practices.

"There is a difference between somebody saying, 'I have a belief system' – which is fine, nobody objects to that – and saying, 'We wish to, as a result of that belief system, actively discriminate against a group of people. We wish to be able to discipline them, or expel them, if we find that they've engaged in any sexual activity except between a man and a woman who are married,'" he said.

Mr. Mulligan said he delivered 1,177 written requests from members on Wednesday and another 126 on Thursday. While the society still must verify each request, it has confirmed there are enough to warrant a special general meeting.

The meeting is expected to take place in Vancouver, with connection to audio-conference locations across B.C., before June 22. Members will receive written notice at least 21 days in advance, as per society rules.

While a resolution of a general meeting is not binding on the benchers, members do have the option of requesting a referendum if benchers have not "substantially implemented" the resolution within a year of its adoption, according to the Legal Profession Act.

If at least 5 per cent of members request a referendum on the resolution, at least one-third of all members in good standing – about 4,300 – voted in the referendum, and two-thirds of those voting voted in favour of the resolution, then it would be binding.

"We encourage lawyers interested in this decision, who have not already done so, to read the supporting documents considered by the benchers and review the webcast," said Ryan-Sang Lee, a spokesman for the society.

This will be the society's first special general meeting in 12 years.

The law school would be at the university's main campus in Langley, B.C., and accept 60 students a year in a three-year program commencing September, 2016, according to TWU's proposal. 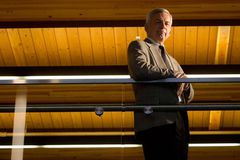 Opinion
Trinity Western will discover the subversive potential of law students
May 12, 2018 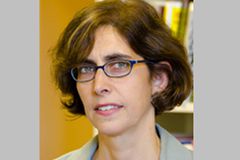 Opinion
My pluralism includes freedom to oppose gay marriage
May 12, 2018 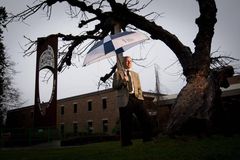 Lawyer seeks to challenge approval of faith-based law school
May 12, 2018 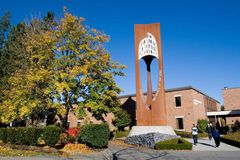