British Columbia has reached a health-care funding deal with the federal government, weeks after the province's Health Minister condemned what he called Ottawa's "divide and conquer" approach to negotiating similar agreements elsewhere.

The 10-year agreement sets out yearly increases of at least 3 per cent, as well as an additional $1.4-billion over the length of the pact for home-care and mental-health initiatives. British Columbia will receive an additional $10-million out of a new five-year, $65-million federal program to respond to the ongoing opioid crisis.

"These are historic investments," said federal Health Minister Jane Philpott, who announced the agreement with her B.C. counterpart, Terry Lake, in Richmond on Friday.

"They will help improve mental-health and addictions programming as well as seniors care for British Columbians."

Mr. Lake had previously decried similar side agreements with other provinces and territories, describing the government's approach as "take it or leave it, divide and conquer, bait and switch."

On Friday, Mr. Lake said Ottawa has been a "tough negotiator" and while he had always favoured a national approach, it was time to move forward.

"I would be lying if I didn't say that we were hoping for more," he said. "But now we have this agreement, it's time to get down to work and make sure that this money is targeted in a way that achieves our common goals."

The Canadian Mental Health Association applauded the agreement, saying it "helps to course-correct long-standing federal underinvestment in the mental health of Canadians." But Terrie Hendrickson, a co-ordinator with the B.C. Health Coalition, said her group was surprised that the province signed a separate agreement and feels it provides less funding than what is needed to maintain current levels of care.

"We're worried that every province has made different deals, that your health care is going to be different across the country," she said.

B.C. has been hardest hit by an overdose crisis plaguing much of Canada, with a record 914 people dying of illicit drug overdoses last year. On Friday, B.C.'s coroner announced that another 116 had died in January – an average of more than three deaths every day. December was the worst month on record, with 142 deaths.

Dr. Philpott said the funding will help support initiatives that provinces and municipalities have asked for, such as better lab testing, toxicology and data collection.

The provinces and territories had been pushing for a national agreement with annual increases of 5.2 per cent in overall funding. Those talks broke down after Ottawa offered 3.5-per-cent annual increases in health-transfer payments and another $11.5-billion over 10 years targeted to home care and mental health.

In late December, New Brunswick became the first province to break ranks. In the weeks since, Ottawa has signed agreements with the rest of the Atlantic provinces, Saskatchewan and all three territories.

"They were very understanding," he said. "Every province and territory has to make those types of decisions."

"We want to make sure that we ultimately come to a resolution that is the best for Alberta, and obviously the best for Canada," Ms. Notley said in Edmonton on Friday.

While in Vancouver, Dr. Philpott toured various addiction facilities including the newly created B.C. Centre on Substance Use, which is leading the province's overdose response, and the Crosstown Clinic in the Downtown Eastside, the only clinic in North America to provide heroin-assisted treatment.

Nova Scotia’s health deal as good as it was going to get from Ottawa: McNeil
December 29, 2016 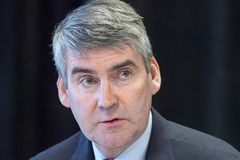 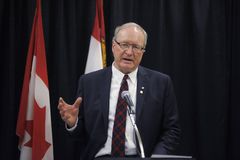 Big-city mayors call on Ottawa, provinces to help tackle opioid crisis
February 3, 2017
Follow Andrea Woo on Twitter @andreawoo
Report an error Editorial code of conduct
Due to technical reasons, we have temporarily removed commenting from our articles. We hope to have this fixed soon. Thank you for your patience. If you are looking to give feedback on our new site, please send it along to feedback@globeandmail.com. If you want to write a letter to the editor, please forward to letters@globeandmail.com.
Comments