A "refined" version of the Pacific National Exhibition board will govern Hastings Park, shooting down a hope by some that responsibility would be transferred to Vancouver's Park Board.

The option was one of three raised – along with having the Park Board or a city department manage the property. Council heard from speakers on the matter about a week earlier.

The PNE board has had interim control of the park since 2004. Those who called for a change said the board's priorities were on business rather than green space and community, and that the quality of the park had declined over the years.

Councillor Raymond Louie, who is also chair of the PNE board, said the decision will enhance the East Vancouver site.

"There are going to be more open, public meetings [and] the makeup of the board may change," he said.

"Currently, we already have the chair of the Park Board [Sarah Blyth] that sits on the board, the general manager of the [Park Board, Malcolm Bromley] is vice-chair of the board, but if its required to have additional park input, we [can do] that as well."

Councillor Heather Deal noted the decision was difficult for her, being a former Park Board commissioner. She said she agreed with Park Board vice-chair Aaron Jasper, who said the Park Board should at least govern the property's park-like spaces, such as the Hastings Park Sanctuary green space, but ultimately deferred to an independent, third-party consultant who said Mr. Jasper's option would be too complicated.

"As city council, we will be the governing body. We will be accountable," Ms. Deal said.

"We've got to be accountable for good stewardship of those park spaces with Hastings Park lands. It is absolutely incumbent upon us."

The decision is not sitting well with community groups and individuals who have been vocal in their support for having the Park Board take over. Under the PNE board, the management of the property has been driven by business interests, they say, while there is little emphasis on promoting green space and no obligation to gather meaningful public input about land use.

On Wednesday, a number of advocacy groups including Friends of Hastings Park, the Hastings Community Association and the Hastings Park Conservancy announced they were prepared to take legal action should the PNE board retain control.

At a news conference held in the park's Italian Garden, several speakers referenced section 488 of the Vancouver Charter, which states the Park Board "shall have exclusive possession of, and exclusive jurisdiction and control of, all areas designated as permanent public parks" in the city.

However, Vancouver city manager Penny Ballem on Thursday presented on the park's legal history, describing the 126-acre property as more of a multiuse land asset rather than a park. After the province transferred control and management of the land to the city in 1889, a number of legislative amendments ("special acts") followed over many years, effectively changing the trust, Ms. Ballem said.

She noted this had been tested before, in both B.C. Supreme Court and the B.C. Court of Appeal, when the Hastings Park Conservancy and the city sparred over slot machines at Hastings Park.

"If you look at the activities that are permitted on that piece of land that is called Hastings Park, it's a wide array of commercial, recreational, sporting, cultural activities," Ms. Ballem said. "Is this a park? I would say it's a very unusual kind of park. It's much better to be interpreted as a land asset on which it has multiple roles and functions and permitted uses under the

In response, Councillor Carr argued the original intent of the trust was to designate the land as a public park and that has not been revoked despite the special acts. She put forward an amendment to delegate council's governance over to the Park Board, which drew applause from supporters in the council gallery, but was ultimately voted down. Her second amendment, to have the Park Board govern at least parts of the park, did not carry either.

"We know that city council has far too much on its plate to actually be an accountable body for Hastings Park," she said. "The only way that the public interest could really be served is if the Park Board had been put in charge."

In May, the Park Board had voted unanimously to urge city council to support the Park Board governance option. The motion, put forward by Mr. Jasper, said the move would increase public access to green space and recreational use, ensure transparency and accountability in decision making and support a number of the city's green initiatives.

More than $300-million is expected to be invested into the site in the next 20 years. 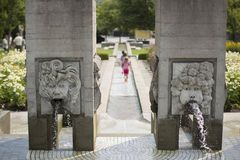 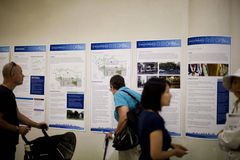