Former British Columbia premier Christy Clark has weighed in on the discussion around sexual misconduct in Canadian politics, saying she saw plenty of "frat boy behaviour" during her time in office.

Clark, who was the first woman elected premier in B.C., posted Thursday on Facebook that politics is an often "brutally sexist" business.

"All of us who have experienced a sexual assault, harassment, or aggressive and unwelcome advances know it's a damn hard thing to talk about," she wrote, thanking women who have come forward.

"I was involved in politics for 25 years and saw plenty of frat boy behaviour. It made me promise myself that I would do things differently, should I ever get the chance to lead."

Clark declined to expand on the post when contacted, saying she would comment after the B.C. Liberal leadership race that ends Feb. 3.

Clark worked behind the scenes in politics before she was elected to the legislature for the B.C. Liberal party in 1996. She served as premier from 2011 to 2017, when her minority government was defeated in a non-confidence motion.

In 2016, she revealed in a Vancouver Sun op-ed piece that when she was 13, a stranger pulled her off a sidewalk into some bushes, but she was able to escape. She said she never told anyone about the incident or any of the other "frightening things of a sexual nature" that happened to her as a youth.

Advocacy groups commended Clark for coming forward, but they also criticized her track record on women's issues, arguing she had not increased funding to transition houses and crisis centres after cuts by her predecessor.

Clark touted her achievements in the Facebook post, saying her cabinet had a greater percentage of women than any in the previous decade, and she appointed the first women to serve as the province's attorney general and to lead BC Hydro.

"It's an awful lot harder for sexist behaviour to go unnoticed or be deliberately ignored when there's a woman in the room," she said.

"What can every citizen do to change it? Elect more women. Yes, make sure they're qualified – not every woman is better just because she's female – but if she's smart and capable, give her the chance."

First ministers also shouldn't load up their offices and the senior civil service with men, or use gender-balanced cabinets as a facade, she said.

"Yes, I get it, most of you are men, but culture change starts at the top and if your 'real' cabinet is mostly male, you won't change a thing despite the window dressing," she said.

"We are watching history being made right now. Politics is a brutal and very often brutally sexist business – one that has historically reduced women like me to a footnote in history. But, thanks to lots of brave women who are making their voices heard, change is FINALLY afoot."

"I don't think there's probably a woman in any walk of life, whether it's politics or business or community, that doesn't have a story to tell about either harassment or an unprofessional workplace or an experience they've had in their lives," she said.

It's been extraordinary to see the growing number of women standing up and voicing their experiences, James said, adding that more also needs to be done to generate longer term change.

"I'm very proud of being part of a cabinet that is 50 per cent women, but we need to make sure that the environment for women when they're in these workplaces is supporting them as well. I think that's the additional piece that we all have to work on, take the momentum that's going on right now and carry it forward."

Speaking on a teleconference call Friday from Seoul, South Korea, where he is on a trade mission, B.C. Premier John Horgan said his government is committed to gender equality.

"There's not a frat boy sentiment in our group," he said, adding that the culture of politics has changed in recent years.

"In the time I've been a member of the legislature, certainly there is an old boys culture to the institution," Horgan said. "But I believe that's been changing over the past number of years and will continue to better reflect where we, as a society, want to be and the role of women in our government, in our industry and in our communities." 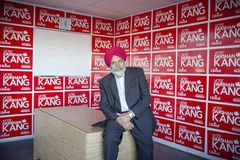 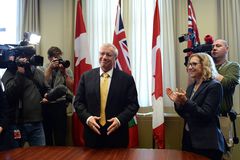 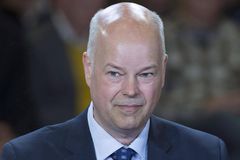