The Vancouver Aquarium is in the running to help manage and operate the largest marine park in Europe.

The Globe and Mail has learned that, if successful, the aquarium will play a significant role in the future development of the City of Arts and Sciences' L'Oceanogràfic in Valencia, Spain. It is roughly five times the size of the Vancouver Aquarium and home to more than 45,000 aquatic animals.

The bid also includes the management and operation of the nearby Agora, a multipurpose building with capacity for about 6,000 people.

The Vancouver Aquarium Marine Science Centre, along with Omnium Ibérico, a water treatment company, and Ket Gestión, a management company incorporated in December, make up Avanqua. Avanqua is one of three companies now being considered, with the winner expected to be announced by the end of the month.

"We said, on principle, yeah, we're interested in the idea."

The two executives listed for Ket Gestión are Juan José de Torres, a former director at L'Oceanogràfic and other theme parks, and Eduardo Nogués, a former head of engineering and maintenance at CACSA who went on to work as the general director at a motorsport racetrack.

The bid comes after a year of heated debate in Vancouver over the ethics of keeping marine mammals such as whales, dolphins and porpoises in captivity. Activists had argued that it was unethical to keep highly intelligent cetaceans in captivity and make them perform for audiences. The matter stalled with the changing of the park board following the November civic election, and a proposed bylaw banning the breeding of captive cetaceans remains unenacted.

L'Oceanogràfic boasts more than 45,000 aquatic animals from 500 species, including dolphins, belugas, walruses, sea lions and seals, according to its website. The "dolphinarium" alone includes a 26-million-litre tank and seating for more than 2,000 people. During the peak season, dolphins perform five shows a day. Videos posted to YouTube show them spinning hula hoops, propping trainers up out of the water and slicing through the water as trainers balance on them.

Jennifer Berengueras, a Spain-based co-ordinator for SOSdelfines, a coalition of organizations opposed to keeping cetaceans in captivity, said her group is troubled by the entertainment-driven nature of the Valencian facility.

"Aside from the regular daily exhibitions, this facility offers night shows with dolphins, performances together with synchronized swimmers, trampoline jumpers," she said in an e-mail. "The conditions in which the beluga whales are kept are appalling even if only because their pool does not have access to natural light."

Mr. Nightingale said that should Avanqua win the bid, it would give the group an opportunity to improve the living conditions of those animals.

Aaron Jasper, the former Vision Vancouver chair of the park board, said Tuesday news of the bid reinforced the disconnect that commissioners saw in deliberations over the summer.

"On the one hand, you have them promoting the education, the rescue and rehabilitation, the care that they have for the environment," he said. "But yet their own belugas are in other facilities posing for photos with members of the general public [as well as being used in breeding programs]. Now they want to take it a step further and be a partner in the running of a for-profit, amusement-style aquarium. I don't see how that fits in at all with their supposed mission of conservation and environmental stewardship."

"If we can transfer the sustainable seafood program that we started and manage, called Ocean Wise, to Valencia and throughout Spain, we'll receive some value back for that," he said. "And, over the years, we expect to receive financial contribution from this work back to the Vancouver Aquarium, so it can be used to expand our education programs and conservation here." 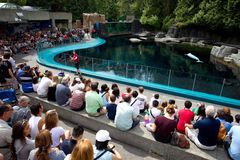 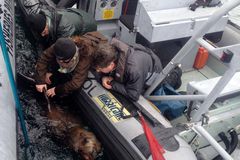 Failed bid for bylaw to ban whale-breeding in Vancouver sends issue to next park board
November 25, 2014 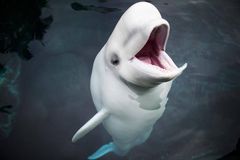