When Terry Boehm started farming 35 years ago, he could choose from more than 100 varieties of canola seeds to plant on his farm in Saskatchewan. These days, only a handful of selections remain.

After decades of consolidation in the agri-food business, farmers have been left with a dwindling number of companies to turn to for necessities such as seeds, fertilizer and pesticides. But this past year's flurry of mergers – most notably a proposed $66-billion (U.S.) Bayer-Monsanto deal this week that would create the world's largest agribusiness – would reduce that number even further, raising fresh concerns about concentrating global food production in even fewer hands.

Read more: Monsanto merger could mean losing the name – and the baggage with it

Just 20 years ago, about 600 companies were manufacturing seeds, fertilizer and pesticides, according to the watchdog ETC Group.

Now, the majority of those products are made by just six major companies. That number could fall to three or four, depending on whether the Bayer-Monsanto deal and another proposed merger, between Dow Chemical Co. and E.I. du Pont de Nemours & Co., are approved.

The Bayer-Monsanto deal, which is pending approval by regulators, would put one company in control of an estimated 29 per cent of the global supply of seeds, and nearly one-quarter of the world's pesticides.

For farmers like Mr. Boehm, his first concern is that fewer competitors could mean higher prices.

He also worries about the consequences of limiting product options further. Mr. Boehm chooses to grow only non-genetically modified products on his 4,000-acre grain farm, saving and replanting seeds to use year after year.

Occasionally, he purchases "conventional," or non-GMO seeds from producers. But over the years, fewer and fewer of these non-GMO options have remained, as those companies are purchased by larger ones like Monsanto Co.

He worries that choice may evaporate entirely in the future.

When he can find them, the price of "conventional" seeds has risen from about $2 per pound in 2000 to the current price of about $5, he said. The GMO options, meanwhile, are about $15 per pound.

In a statement, Monsanto Canada spokesperson Trish Jordan said it's too early to discuss details on possible customer impacts, but said the company intends to remain competitive. "We compete with other very strong companies that offer similar products," she said. "We will only succeed with pricing and selling our products if our value proposition to our customers is better than that of our competitors."

And though Monsanto and other manufacturers have touted genetic modification as a potential solution for global food insecurity, some say industry consolidation could have the opposite effect.

ETC Group executive director Pat Mooney says the bulk of research into more efficient growing techniques conducted by these large agriculture companies has been centred around just one crop: Corn. "That doesn't give you much diversity to work with when it comes to climate change and other factors," he said. He also said that industry consolidation has in the past made it more difficult for outsiders to access agricultural data, whether it's information about crops, yield or weather.

But University of Guelph agribusiness professor Ken McEwan said it's too early to fret about these possibilities. In fact, he said the opposite could wind up happening: Increased profits for these newly formed companies could lead to better agricultural research.

"I think it's important to recognize that the level of competition is no longer determined by number of stakeholders or manufacturers," he said. "It's about innovation, relationships and new products." 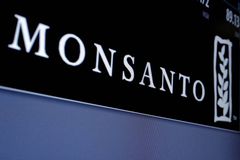 Opinion
With Monsanto’s demise, it’s time for a rational conversation about biotech