Record numbers of first-year university students flocked to campus this fall—but that hasn't stopped nagging questions about the value of a bachelor's degree. Despite persuasive statistical evidence that graduates find careers related to their studies and earn more than others over a lifetime, Canadian universities are under the gun to demonstrate what it means to have a degree.

Prodded by rising expectations of students, parents, government demands for greater accountability, and a push from within to rethink undergraduate education, Canadian universities are expanding efforts to link academic studies to the "real" world. "We know the [degree]credential has value and that employers are looking at it and making hiring decisions based on the credential," says Glen Jones, a professor of higher education at the Ontario Institute for Studies in Education. "Universities now are trying to expand the notion of what is associated with the credential that could be helpful to the student, make a better educational experience and yes, that may have down-the-road implications for employability." In addition to co-op education and internships, universities offer co-curricular records that recognize work-relevant skills, such as communication and leadership, developed through volunteer activities either on- or off-campus.

Some universities have started pilot projects to include résumé writing and career exploration in the curriculum, while others spell out course-level learning outcomes—such as the ability to think critically and work with others—valued by employers. The idea is to help students develop knowledge and skills that will apply whatever their chosen career. "You don't want to equip students to be bankers; you want to equip them to do whatever they might be inclined to do," says McMaster University president Patrick Deane, a leading advocate of reforming undergraduate education. His university and others have embraced "experiential learning"—such as undergraduate research projects that offer learning opportunities outside the classroom—as integral to the academic experience.

Melding theory and practice is old hat for professional schools, such as business and medicine, but new as a campus-wide phenomenon. "It's a relatively recent thing for universities across the board to think in terms of the outcome of the learning process to reasonably equip students for what they want to do," says Deane.

Since 2002, McMaster's faculty of social sciences has offered undergraduate research awards to a dozen or so top students. Over the summer, they earn $6,000 to work on a project of their choice, in collaboration with a professor, an experience designed to provide insights into potential careers.

Last summer, fourth-year anthropology student Ana-Maria Dragomir assisted Canada Research Chair and McMaster professor Megan Brickley with an inventory of skeletal remains of soldiers from the Stoney Creek battle of the War of 1812. "It was not just a summer job; it was a life experience," says Dragomir, who has landed a part-time job with Brickley this fall. "My research over the summer helped me develop a lot of skills that will be transferable regardless of the career I will pursue," she says.

Increasingly, students draw strong links between a degree and a job. A 2010 survey of first-year students by the 39-member Canadian University Survey Consortium found that future employment ranked highest among eight reasons to earn a degree. In the survey, 43% cited preparation for a specific job while 24% ranked getting a good job as the prime reason to attend university.

So how do universities measure up?

Better than the public realizes, says Paul Davidson, president of the Association of Universities and Colleges of Canada. "The basic premise that the value of a BA is not what it used to be is wrong," he says, citing census information that shows those with an undergraduate degree will earn, on average, $1.4 million more over a lifetime than others without a post-secondary degree and $1 million more than college graduates.

An overlooked statistics, he adds, is the creation of more than 300,000 new jobs for university graduates in the recent recession compared to the loss of 430,000 jobs for those without post-secondary education.

In Canada, as in other industrial countries, those with a university degree earn significantly more than those graduating from high school or vocational programs. Based on 2008 data, Statistics Canada reports that earnings of Canadian university graduates were 70% higher than those coming out of high school or trades training and 63% higher in country members of the Organization for Economic Cooperation and Development. As well, employment prospects also rise with educational attainment. In 2009, Statscan reported an 82% employment rate for adults aged 25-64 with a diploma or degree compared to a rate of 55% for who had not finished high school.

But the rise of degree-granting colleges, the expansion of credit transfers that smooth pathways between higher-education institutions, and college bragging rights about the employability of their graduates has universities honing their pitch.

Last month, as Ontario's 20 universities accepted a record 90,000 first-year students, their lobbying arm unveiled a new website, MyEducationHasValue.ca, to explain financial assistance and employment trends. "We know that the whole concept of a career and a job is at or near the top of the priority list of students and parents," says David McMurray, vice-president of student affairs at Wilfrid Laurier University.

At Laurier, which promotes student engagement and is expanding the menu of academic programs that blend theory and practice, a global studies course with a for-credit component on career development will be piloted this fall.

Students will be expected to integrate soft skills normally acquired outside the classroom into their academic studies. "The 'aha' moment comes when they say 'I see how those skills I learn in the classroom transfer into the economy'," says Laurier director of learning services Gail Forsyth.

At the University of Alberta, experiential learning is also a priority. For example, the university introduced a campus-wide undergraduate research initiative last month for students to take part in projects, in and outside the classroom and for-credit or not, that develop skills of inquiry, analysis and collaboration. "Students are dearly asking for these things because they are learning skills that make critical, informed citizens," says Connie Vanhagen, academic director for the initiative. "They don't just want a pile of facts in their heads. They want to do something with it and that is exactly what employers want, too."

The U of A Students' Union, which has campaigned for the initiative for two years, will put on a two-day symposium next month to show off current collaborations between students and professors. "I think it will improve the perception of the value of having an undergraduate degree," says Emerson Csorba, academic vice-president for the students' union. He is also on a university task force to identify the desired attributes of a U of A graduate. A third-year student in political science at the university's francophone campus, and the first in his family to attend university, Csorba has not settled on a career yet. But he has no doubts why he wants a degree. "To me, the aim of education is to instill critical thinking skills and a sense of engagement in students," he says.

THINK THERE ARE NO GUARANTEES? ONE SCHOOL'S JOB PROMISE

Chantal Poirier, a third-year kinesiology student at the University of Regina, knows she is heading into a competitive job market when she graduates in two years. That's why the 20-year-old from Antler, Saskatchewan, took her university up on its unusual offer to guarantee she will find career-related employment six months after earning her degree. If she is unsuccessful, the university will offer her another year of classes, worth $6,000, for free. Poirier, who attended workshops last year on interview skills, résumé writing, exam preparation and career development activities, is considering a career working with people with disabilities. As part of the guarantee, she spent 40 hours volunteering with the local chapter of Special Olympics. "I hope all this experience and help will guarantee me a job," says Poirier, one of 343 students who took advantage of the offer when it was introduced in 2009. This year, 150 students signed up even before the start of school last month.

According to the province, 98% of University of Regina graduates find employment and the university's 704 co-op education placements last year represents a 24% increase in five years.

So why the need for a guarantee?

"Our studies show the reasons student leave [without graduating]is not for academic or financial reasons but because of a lack of connection and engagement [with the university]" says Regina president Vianne Timmons. She wants to boost the current proportion of students who return after first year. The promise of a successful career is the "hook" for the guarantee, says Timmons, but its real purpose to connect students to life on campus, in and outside the classroom.

Students who sign up must stay for four years of school, participate in at least 25 hours of workshops, join the university's co-op education program and develop relevant interview skills through mock interviews. They can also attend campus career fairs, join a student club and participate in intramural athletics or volunteer activities. After they graduate, they must demonstrate efforts to find employment.

The university won't know until 2013 who might return for free courses. This year, they will evaluate students in the guarantee program against a random sample to see how they are doing in school. For Timmons, success will be measured by "whether I have a higher percentage of student success for students enrolled in the guarantee." 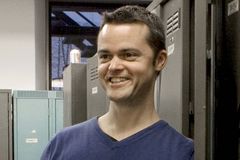 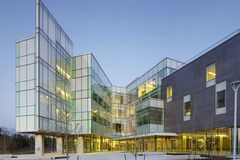 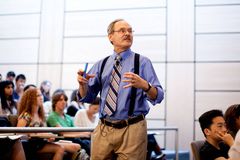 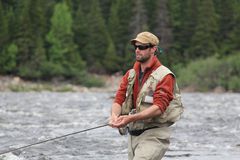 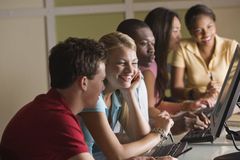 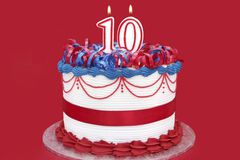 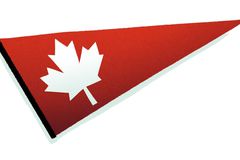 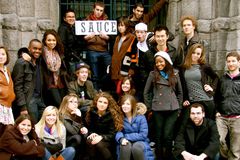