Police say they have foiled gangsters from British Columbia's Lower Mainland who were making a move into Quebec's cocaine trafficking scene to fill the void left by recent crackdowns against the Hells Angels and the Rizzuto Mafia family.

In a major operation that mobilized more than 1,000 officers in Quebec, Ontario and B.C., police executed pre-dawn raids Thursday, looking for 128 suspects.

The arrests of 103 of them were also connected to a weapons case involving a massive cache of firearms and stolen dynamite.

Among those apprehended Thursday was Larry Amero, previously identified in court proceedings as a full-patch member of the B.C. Hells Angels.

Mr. Amero is alleged to be one of six kingpins in what officials described as a "consortium" that united different crime groups in their move into the Quebec illicit drug market.

"Gang members continue to spread their tentacles from B.C. to other provinces. These guys are on the radar of CFSEU-BC and law enforcement right across Canada," he said in a statement.

Shane Maloney, 35, was also picked up by police. He was on bail after being arrested last year after a Montreal police detective was badly beaten while off-duty in the Mexican resort town of Playa del Carmen.

Mr. Amero and Mr. Maloney are alleged to be part of a syndicate of six leaders who, starting last spring, united Quebec and B.C. criminals in a joint venture to set prices and distribution networks and import large amounts of cocaine to Quebec and Ontario, Sûreté du Québec deputy director Jean Audette said.

Police were still looking for the other four alleged leaders, identified as Rabih Alkali, Frédéric Lavoie and Mihale Leventis from Montreal, and Timoléon Psiharis of Laval, Que.

Until his arrest this week, the 35-year-old Mr. Amero had made news in B.C., when he was wounded in 2011 in a drive-by shooting near Kelowna's Lake City casino that resulted in the death of Jonathan Bacon, a leader of the Lower Mainland's Red Scorpions gang.

Mr. Amero had visited Quebec before. Two months before the Kelowna shooting, Montreal police stopped him for an impaired-driving incident and he gave as his address a luxury condo tower in the suburb of Nun's Island.

Mr. Audette alluded to the provincial police's Operation SharQC in 2009, which netted more than 100 Quebec bikers affiliated with the Angels, and to the RCMP's Operation Colisée in 2006, which targeted Montreal's Rizzuto Mafia clan.

Those moves "left space for other criminal organizations, and they moved in quickly," he said.

"We're dealing here with a consortium and not just a sole criminal organization – several organizations that pooled together their resources and contacts and shared the risks."

He said the suspects purchased cocaine from Mexican drug cartels and transported them overland.

The consortium was able to sell 75 kilograms of cocaine a week, netting $50-million in revenues in a span of six months, Mr. Audette said.

Thursday's operation was connected to other investigations, including one where police recovered explosives that were stolen last year when hooded gunmen entered the warehouse of a blasting firm in Sainte-Sophie, Que., handcuffed employees and stole 1,486 sticks of dynamite.

They also seized 35 vehicles and had court orders blocking five residences worth a total of $1.4-million.

Canadians among top buyers on ‘the eBay for illegal drugs’
August 15, 2012 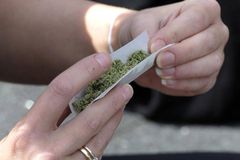 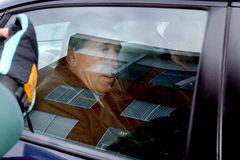 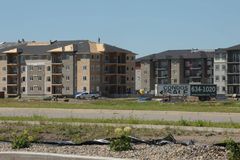