The federal government will not participate in the upcoming constitutional challenge of Quebec's law that bans people from receiving or providing public services while wearing face coverings, Justice Minister Jody Wilson-Raybould says.

The law, known as Bill 62, has angered proponents of the Charter of Rights and Freedoms, including Prime Minister Justin Trudeau, who said it is not up to the government to tell people how to dress.

"We have given the possibility of intervening careful consideration, in light of the seriousness of the issues raised in the application," Ms. Wilson-Raybould said in a statement. "Our government is confident that the relevant arguments for and against the law will be fully presented to the Quebec Superior Court for its consideration.

"As such, we will not be seeking to intervene before the Quebec Superior Court. This decision is consistent with the Attorney General of Canada's usual practice when a case is at the first level of proceedings, particularly when the validity of federal legislation is not at issue."

Bill 62, known as the religious neutrality law, calls on Quebeckers to show their faces when giving or receiving services in places such as libraries, university classrooms, daycares and on buses. It has been criticized because it affects Muslim women who wear the niqab or burka.

Last fall, the National Council of Canadian Muslims and the Canadian Civil Liberties Association launched a challenge of the legislation in Quebec Superior Court. The law contained provisions for obtaining a religious accommodation, but they were not yet in place. In a first ruling on the challenge, Justice Babak Barin suspended the application of the face-covering rule until the accommodation guidelines are set up, or the full constitutional challenge to the law is heard.

"This is a temporary victory," Catherine McKenzie, the lawyer representing the plaintiffs, said at the time. "In real terms, it means that [women in face veils] can go back to their lives the way they were before this law came into effect. On a day-to-day basis, hopefully they will feel much freer about going out, and they won't have to fear getting on a bus or going to school."

Would-be intervenors in the constitutional challenge have until the end of the month to notify the court they would like to participate in the process.

According to federal officials, Ottawa has intervened only twice in the first stages of a constitutional challenge, once against Quebec's language law in the 1980s and once to protect LGBTQ rights in Alberta in the 1990s.

In the first case, Ottawa challenged a law that affected the rights of Canadians to send their children to English-language schools if they moved to Quebec. In the second case, Ottawa acted in defence of Delwin Vriend, a teacher who was fired from a Christian college in Edmonton in 1991 because he was gay.

The decision allows Ottawa to avoid a political confrontation with the provincial government of Philippe Couillard, the Quebec Liberal Premier who is going into an election this fall.

Ms. Wilson-Raybould said Ottawa will continue to monitor the case in the event that it goes to the Quebec Court of Appeal or the Supreme Court.

"If there is an appeal, the Attorney General of Canada will consider whether to put its perspective before the court at that time," she said in her statement. 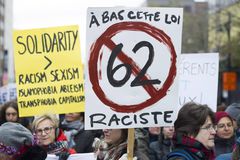 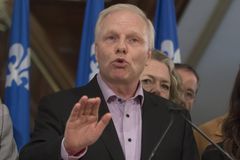 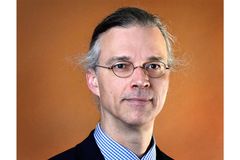