A trial in Montreal related to a 20-year-old political scandal has heard that Liberal Party officials used federal funds for partisan purposes – including $165,000 to buy the silence of a party bagman who was caught up in an influence-peddling scheme.

The person on trial is Jacques Corriveau, an 83-year-old former Liberal organizer who was a key player in the scandal-plagued sponsorship program. He is charged with fraud, forgery and laundering proceeds of crime for his role in an initiative that paid advertising agencies to place Government of Canada logos at sporting and cultural events in Quebec after the 1995 referendum on sovereignty.

The first witness at the trial was Luc Lemay, a Montreal businessman whose companies received $40-million between 1997 and 2003 for the sponsorship program. The trial heard that Mr. Lemay paid commissions of 17.5-per cent to Mr. Corriveau – totalling $7-million – on sponsorships he received for print publications and trade shows.

Related: Meet the first Liberal charged with fraud in the sponsorship scandal

During four days of testimony, Mr. Lemay said more than $700,000 in payments to Mr. Corriveau directly or indirectly benefited the Liberal Party of Canada and various Liberal officials.

Mr. Lemay testified that he put Liberal organizers on his payroll, bought office supplies for Liberal headquarters in Montreal, and paid invoices for about $350,000 in election expenses.

He also testified that the 1997 arrest of Liberal fundraiser Pierre Corbeil on four counts of influence-peddling in connection with a federal jobs program caused "panic" in Liberal ranks over fears Mr. Corbeil would implicate other party officials in the allegations against him.

"Mr. Corriveau told me, 'It's essential for this guy to plead guilty. If he does not plead guilty, it will greatly affect the Liberal Party,'" Mr. Lemay said. "He asked me for $100,000 for him."

Mr. Lemay – who referred in his testimony to hand-written notes from Mr. Corriveau that were entered as evidence – said the request for cash eventually grew to $125,000.

Mr. Lemay said Mr. Corbeil later requested an additional $40,000, which was provided through a fake-invoice scheme. Using one of his suppliers, Mr. Lemay paid the amount to Mr. Corbeil's company in east-end Montreal – under the guise of a large printing job.

In two of the hand-written notes filed in court, Mr. Corriveau referred to the payments to Mr. Corbeil as "Mission spéciale" and "Dossier X13."

Mr. Lemay said the $40,000 payment was first discussed with him on May 12, 1998, two weeks after Mr. Corbeil pleaded guilty to the four charges. As part of his plea, Mr. Corbeil acknowledged that he demanded money from several Quebec companies to ensure that they received job grants.

It emerged at that time that Mr. Corbeil had obtained a list of companies to target for political contributions from the office of a Liberal minister, but his guilty plea meant that no one ever testified on the matter.

At Mr. Corriveau's trial, Mr. Lemay testified that federal sponsorships were highly lucrative, and so he agreed to pay a commission to Mr. Corriveau for helping him to tap into the program, even though Mr. Corriveau provided little or no work related to the jobs.

"I would have never had sponsorships had Mr. Corriveau not been involved," Mr. Lemay said.

Mr. Corriveau was known at the time as a friend of then-prime minister Jean Chrétien and his wife, Aline, which gave him influence in Liberal circles, Mr. Lemay said. Mr. Corriveau also boasted that he had meetings and lunches with Mr. Chrétien's chief of staff, Jean Pelletier.

"Jean Pelletier was the one who decided on the sponsorships that were awarded and the amounts," Mr. Lemay testified.

Mr. Corriveau occupied an important position during the 1997 and 2000 federal election campaigns in Quebec, with responsibility for signs and billboards. Mr. LeMay said Mr. Corriveau frequently complained to him that the party had cash-flow problems.

"He asked me to pay invoices that were sent to his firm, but that were related to work for the Liberal Party," Mr. Lemay said.

For example, during the 1997 campaign, Mr. Lemay said he arranged to provide more than $250,000 in cash that Mr. Corriveau distributed to Liberal organizers. During the same time frame, Mr. Lemay said, his firms paid invoices for photo shoots and billboards on behalf of the Liberal campaign.

The partisan payments continued at least until 1999, with Mr. Lemay saying he picked up the Liberal Party's tab for golf balls ($3,700), a public-opinion poll ($5,700) and various office supplies including envelopes, stamps, paper, elastics and Liquid Paper.

Mr. Lemay testified under article 5 of the Canada Evidence Act, which means that his answers will "not be used or admissible in evidence against him in any criminal trial." While he appeared at the Gomery Inquiry in 2005, Mr. Lemay did not go into details about his hidden political contributions at the time.

Mr. Corriveau's trial started in front of a jury in late September, but has generated almost no media coverage. The Globe and Mail has obtained audio recordings of Mr. Lemay's testimony and some of the key documents that were entered into evidence. 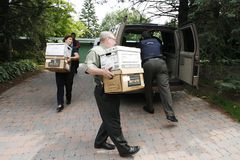 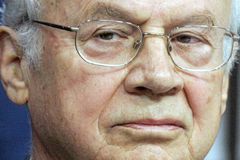