Already down to a four-member rump in the House, the Bloc Québécois is facing new divisions since the arrival of a separatist hardliner at the helm of the party whose fortunes will help determine the winner of the next federal election.

Mario Beaulieu, best known for his constant fights to protect the French language in Quebec, became the third leader of the Bloc in three years last month. His arrival has been anything but smooth, with long-time members still reeling at his description of Bloc history as 20 years of "wait-and-see and defeatism."

Under Lucien Bouchard and then Gilles Duceppe, the Bloc was a major force in federal politics in the 1990s and 2000s. But the party was nearly wiped out by the NDP's "Orange Wave" in 2011, and its future will be at stake in next year's election.

"We can't afford to take a step back, or we will fall into the ditch," said former Bloc MP Marc Lemay.

Mr. Beaulieu has big hopes for the Bloc, stating a "permanent campaign in favour of sovereignty" is key to a revival. In an interview, he said he feels the party can take about 20 seats in the next election, banking on a novel strategy to promote his political agenda.

"There has never been a campaign where we have gone on the ground to meet with people by going door-to-door, holding kitchen assemblies, etc., to really promote independance over a long period, and that is what we will do," said Mr. Beaulieu, who is mulling a run in the Pointe-de-l'Île riding in east Montreal.

He added the Bloc's main focus will "always" be sovereignty, adhering to the view of hardliners who feel the party spent too much time simply "defending Quebec's interests" in Ottawa under Mr. Duceppe.

If the strategy works, the Bloc will eat into the NDP's hold on ridings in the mainly francophone parts of Quebec.

But if Mr. Beaulieu is wrong, a portion of traditional Bloc voters will be tempted to throw their support behind either the NDP, the Liberal Party or the Conservative Party. Any change in Quebec, which will have 78 of 338 seats in the next election, stands to have a key impact on final results, especially in a tight election.

According to a Leger poll last month, the Bloc currently has the support of 17 per cent of voters in Quebec, far behind the NDP and the Liberal Party at 34 per cent each.

The number is also lower than the 23-per-cent share of the vote that the Bloc took in Quebec in 2011. Any further decline in 2015 would be a setback for the sovereignty movement, which has already suffered from a drop in support among young Quebeckers and is still struggling to understand the dismal results of the Parti Québécois in the last provincial election.

NDP MP Alexandre Boulerice said it is a mistake to underestimate rivals in politics. Still, he added that as he goes through his riding in Montreal, "no one is talking to us about the Bloc."

Mr. Boulerice said the NDP stands to gain from any further downturn in Bloc support, as Quebeckers will look to vote for the party best able to replace the Conservative government in the next election.

"For a sovereigntist or a Quebec nationalist, it is much easier to vote for the NDP than the Liberal Party," Mr. Boulerice said. "We are more attractive for those who want a recognition of Quebec's specificity and a certain autonomy."

Mr. Lemay, who represented the riding of Abitibi-Témiscamingue from 2004 to 2011, is one of a number of former Bloc officials who were turned off by Mr. Beaulieu's comments and strategy. "That's it for me," he said.

Mr. Lemay said he will not run under Mr. Beaulieu, or even help the party find another candidate and raise funds in the riding in northern Quebec.

"Mr. Beaulieu should be running in provincial politics," Mr. Lemay said. "It's not true that the Bloc will be the locomotive at the front of the sovereignty train, that is the PQ's job."

For now, Mr. Beaulieu must first find a way to work with the four-member Bloc caucus in Ottawa. Two MPs – defeated leadership candidate André Bellavance and rookie Jean-François Fortin – have expressed reservations about Mr. Beaulieu's decision to focus the Bloc's actions in Quebec, instead of the House of Commons.

Mr. Beaulieu said he is confident he can resolve any differences in the leadup to the fall sitting of Parliament. He said the Bloc will fight against plans for a pan-Canadian securities regulator and the federal government's pro-Israel foreign policy, among other topics.

"The leadership race is over, and my objective is to unite all sovereigntists," Mr. Beaulieu said. 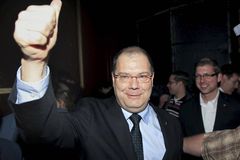 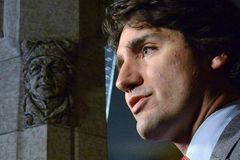 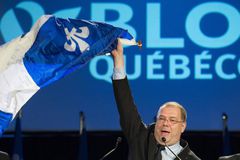 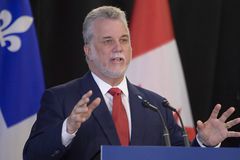 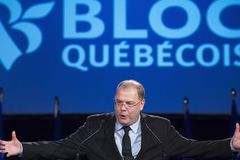